Philanthropic efforts following the coronavirus pandemic saw high profile donations from the Bill and Melinda Gates Foundation, Jack Ma founder of Alibaba, and Twitter’s Jack Dorsey, who were all employing funds in the fight against coronavirus; the development of vaccines and the delivery of vaccines to low-income nations.

But, philanthropy involves more than throwing money at a problem. Past human disasters and diseases show us that more than money is required. As Tom Hall, Global Head of Philanthropy Services, at UBS said, “You cannot grant your way out of these issues”. 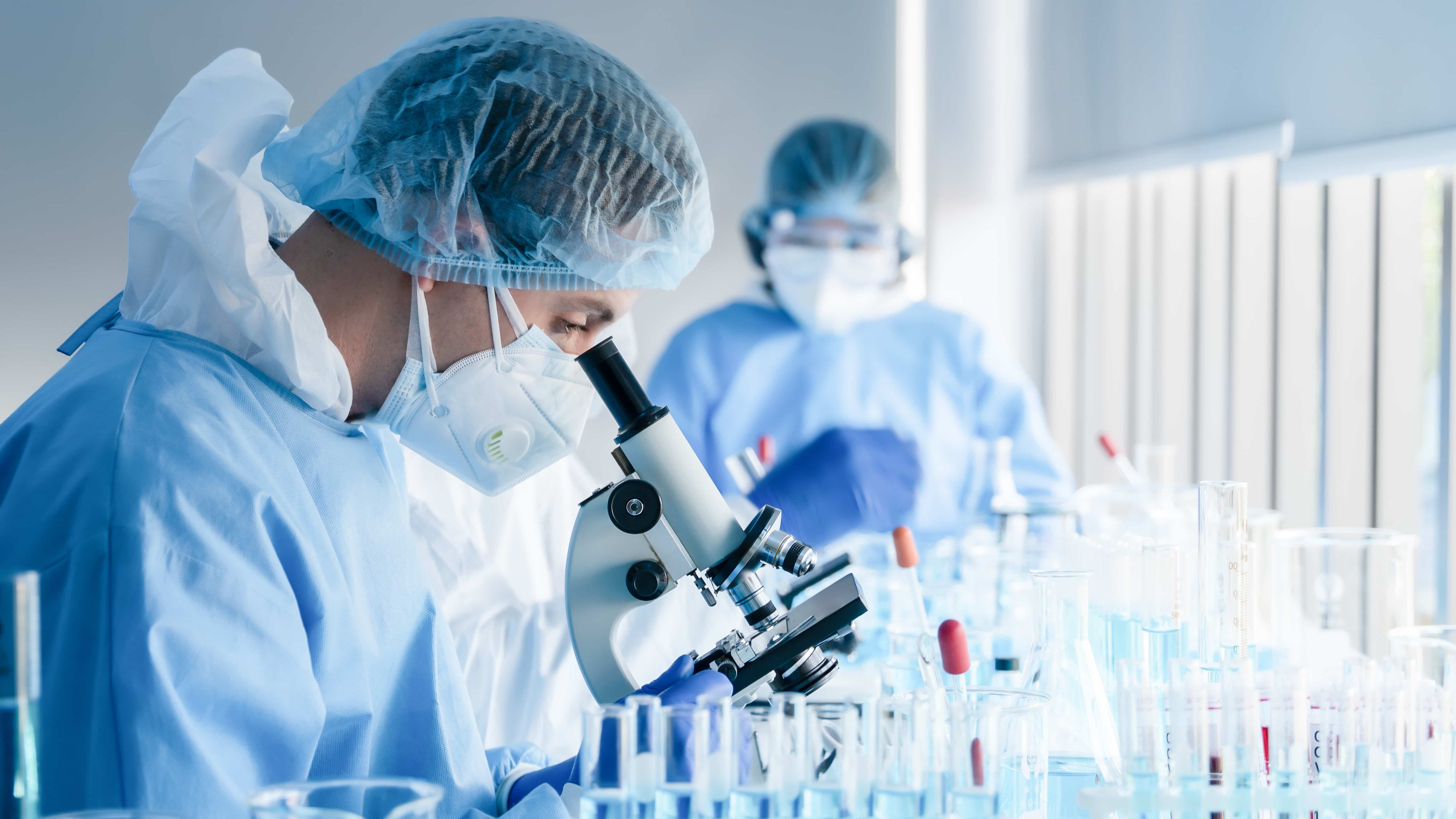 Using the pandemic as an example, it has been government money and infrastructure that has scaled the research and production of vaccines to reach large numbers of the global population. However, without earlier investment in research, the time scales would never have been achieved, and much of that research was supported by philanthropic efforts and funds. This begins to illustrate the quantity of private funding governments need to succeed in a major health crisis.

“Philanthropists were up against it before COVID-19, but it’s brought to light that philanthropy needs to be highly strategic, data driven and ultimately it needs to go to scale to be successful”, said Tom, who leads a team of 75 philanthropy advisers at UBS.

One way in which philanthropy is becoming more strategic is through using Donor Advised Funds (DAFs): ready made vehicles to accept funds and start making grants. Widely used in the US, the latest DAF Report from the National Philanthropic Trust states that $37.12 billion in contributions were made to donor-advised funds in 2018; however the latest report from the UK-arm shows a smaller amount of £609million contributions made in 2019.

There is much to be learnt from the US model, as Anna Josse, CEO and Founder of Prism the Gift Fund explains. Her own experience working for the British arm of an American and Israeli charity led to her creating Prism in 2004 as a way for the UHNW markets to achieve their philanthropic goals in a more efficient way. “Clients give hundreds of thousands to multi-millions, but the commonality is that we take care of everything providing a personable, flexible and swift service ensuring any tax benefits are also utilized”, says Anna.

Having your own foundation: not so easy

Commenting on the rise of DAFs as an alternative to charitable foundations for philanthropic giving, Clarissa Lyons, senior associate at Bates Wells confirms that setting up a foundation is now taking more time and can be costly because of increased paperwork. “Although registrations can be expedited and we have registered a number of new foundations in short order in response to the pandemic, there have been staff shortages at the Charity Commission which never recovered from funding cuts following the financial crisis of 2008.  These are coupled with the requirement to supply relatively detailed information and increased scrutiny of applications for new charitable registrations in part, as a result of high-profile criticism of the Commission following registration of a charity set up for tax avoidance purposes. By comparison, DAFs can be set up in a number of days, have low set-up costs, the same tax-efficiency (as a charitable foundation), and an ease of administrative, fiduciary and reporting requirements.”

Anecdotally, I was informed that the process of establishing a new charitable vehicle might take six months for a complex registration and cost approximately £20,000.

“Often UHNWs want to know their name is recognised by the charity they support; they can achieve this with a DAF, as their account can be named anything they want”, Anna adds. “And, at the end of the year, clients are given a single statement for their accountant, making it clear what they may be eligible to claim in tax reliefs”.

C. Hoare and Co. was the first UK bank to establish a DAF in 2011. “At the time it was pretty revolutionary” said Rennie Hoare, partner and Head of Philanthropy “we worked with the charity commission for two years to get it registered”. Named the Master Charitable Trust, it is designed to be both flexible and simple. Rennie recalls that “early on, we thought we were designing something for people who couldn’t afford their own charitable trust” and that “there would be a cluster of funds around our minimum size of £250,000”, but it quickly became clear when a customer put in over £1 million, that “relieving people from the burden of administration, and allowing them to focus on the giving, is as appealing for philanthropists of all sizes”. “Our largest individual fund is now over £40 million”, Rennie adds. Over the last decade, The Master Charitable Trust has made donations of £125 million, and nearly £60 million of that was given since March 2020. “It was an amazing call to arms from customers identifying needs, and due to the flexibility of our Master Charitable Trust we were able to get the grants out quickly to organisations”, he said.

“A further advantage”, explained Tom, “is that donors can take their time to decide how their money is used”. The UBS DAF which was established in July 2013 has received £350million and made grants of £175million to date. This is of note, as it leads us on to the next trend in the sector:  the growing importance of statistics and strategic decisions around impact.

“Rather than doing ‘a good enough job’, UHNWs and family offices want to know how to increase their impact”, explained Sung-Hyui Park, a senior associate helping organisations and individuals with positive social or environmental impact, at law firm Bates Wells.

The efficiencies of scale

“Taking an evidence-based approach is essential”, explains Tom. “Ultimately, it’s about finding things that work and driving them to scale”. Tom points to the example of Rising Academies, a startup in Africa which UBS has been funding for five years now. It’s backed by evidence to teach children to learn through a script-based approach to yield better outcomes. It had already started to scale across three countries pre-COVID and was reaching 120,000 children after five years. The start-up received a COVID response grant from UBS Optimus Foundation – CHF35million was raised from clients and colleagues with UBS matching the donations 1:1 – and looked at a solution for providing education remotely and their answer was a radio-based curriculum. As a result, they reached 12 million children in 25 countries receiving radio-based education in 12 languages during 2020. “The result was better than could have ever been expected”, said Tom.

The marriage of investments and philanthropy

For Rennie, it is vital that foundations and charitable trusts look at their “total portfolio impact” – the impact that both their grants and investments are making. “It’s a case of looking at the vehicle level to understand what the funds are achieving, and asking the question: are they maximizing on good? We want to make sure the good of grant making is not undone by the investments you are making”. Since the end of 2019, The Golden Bottle Trust, the Hoare family’s charitable trust which runs alongside the bank and is powered by up to 10 per cent of the bank’s profits per year has been 100 per cent invested into social impact investments. Rennie explained the evolution, “in 2011 we started directly investing into impact investments and in 2016 this led to the co-founding of an impact investment fund, Snowball. The final part came in 2019, when we converted our outsourced mandates to impact”.

This ethos of total portfolio impact is one that has been seized by many, particularly the next generation. “I now see many young people looking at themselves as ‘impact investors’ rather than philanthropists” he observes.

According to Moustapha Hammoud, Associate in Tax & Wealth Planning team, Mishcon de Reya, “UHNWs are increasingly choosing to invest in for-profit entities that seek to generate a positive impact on society and the environment” – what we refer to as ‘impact investing’. He added. “ESG tech’ and green businesses have performed well during the pandemic, underpinning the argument that investing for impact is increasingly synonymous with good investing. From a pure financial perspective companies making electric cars, sustainable fuel cell power, med-tech and products of this ilk have shown great resilience.”

A further advantage to impact investing is the opportunity to recycle funds from investments into further philanthropic efforts. Sung-Hyui predicts that in the future, “there will be more blended structures – part impact investment and part grant making”.

The rise of impact investing does flag a limitation of some DAFs – if a family office or UHNW wants to pursue a programme of complex impact investing, the DAF trustees might not agree to it, says Sung-Hyui. “While some DAFs have their own impact investing programmes that donors can engage with, ultimately, it is at the discretion of the trustees to agree to giving to what they might view as more risky areas. Philanthropists need to undertake a cost-benefit analysis to see which option is best for them and ask plenty of questions”.

Moving on from DAF

There is also another option: a Jersey non-charitable purpose trust. These trusts can be used for purposes which are philanthropic in nature but might not meet the narrow definition of a charity under Jersey law. Josephine Howe, a partner at Ogier explains, “these can be used for what would be seen as more speculative, innovative areas such as bio tech or medical research which themselves might have a benefit to mankind. Additionally, if there is a successful return of profit then it can be used to fund further charitable projects”. The trust has the advantage of quick set up. “The real time is in considering and identifying where an UHNW or family office want to invest and the benefit they want to achieve”.

“This structure also helps to overcome some of the issues around trustees’ duties as if the purpose of the trust is to make these investments it reduces risk on the trustees”, explained Josephine. However, she acknowledges that more work needs to be done at a statutory level to make a provision for ESG investing and to reflect a change in attitude towards investment and the definition of benefit where trustees are currently under a duty to preserve and enhance the value of the trust fund which puts the focus on financial performance rather than, for example, social return.

Ultimately, impact investing is seen as the way forward for philanthropists. As Tom concludes: “Through impact investing, we can aim to ‘square the circle’”, which means: attempt the impossible.

Take a look at our Leaders List, by clicking on the name of those mentioned in this article to find out more about their areas of specialism and to leave a review or rating.

If you are looking for advice on how to aid in the COVID-19 pandemic, a great resource is the COVID Guide by the Beacon Collaborative. If you want to find out more about DAFs, listen to the IG Advisers podcast featuring Anna.