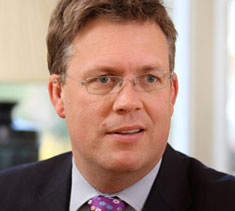 Julian Pike who heads Farrer & Co’s reputation management practice, also talks about the success of the “Brand Beckham” concept and how UK athletes can protect their image.

How do sports stars protect their image rights?

While English law does not recognise ‘image rights’ as a protectable right, a number of athletes register trademarks which then provide their image with a form of protection. To a large extent, however, it is left to commercial negotiations between the athlete and the club or national governing body to come to an arrangement whereby the athlete receives a percentage of merchandise sales and the like. Those likely to develop a strong marketability should plan to develop, protect and exploit their image. David Beckham is a superb example of someone who has done this to great effect. He and his advisers developed the whole “Brand Beckham” concept and have established him as an instantly recognisable brand, which continues to outlast his playing career and shows no sign of waning.

Many athletes have been tarnished by doping scandals. How can they repair the damage?

It will require leadership and cultural change within governing bodies to bring about real improvement. Individual athletes can in the meantime look to put clear water between themselves and the dopers so as to lift themselves above suspicion. Those athletes, such as cyclist Chris Froome, who have been open with their medical data, are achieving that, although there will remain a residue of suspicion, however unfair that may be.

Historically, it has been American football and baseball given that those have been the two biggest national sports. Today, soccer is moving up the list fast. The fact that the sport is worldwide and increasingly played by women means it is a much more attractive option. The success of the English Premier League will have played a part in the change.

What sports do your clients play?

That varies enormously on their personal interests. Some will be very much into cars and yachts. For others, it will be horses although there remains a great deal of interest in mainstream sports.

Football and rugby have attracted wealthy investors, both national and international. That trend will only continue as the amount of money rises in these sports and the individual owners look for ways of using their wealth outside of their day-to-day business interests. While some wish to invest in sport, others are busy investing in art or philanthropic ventures.