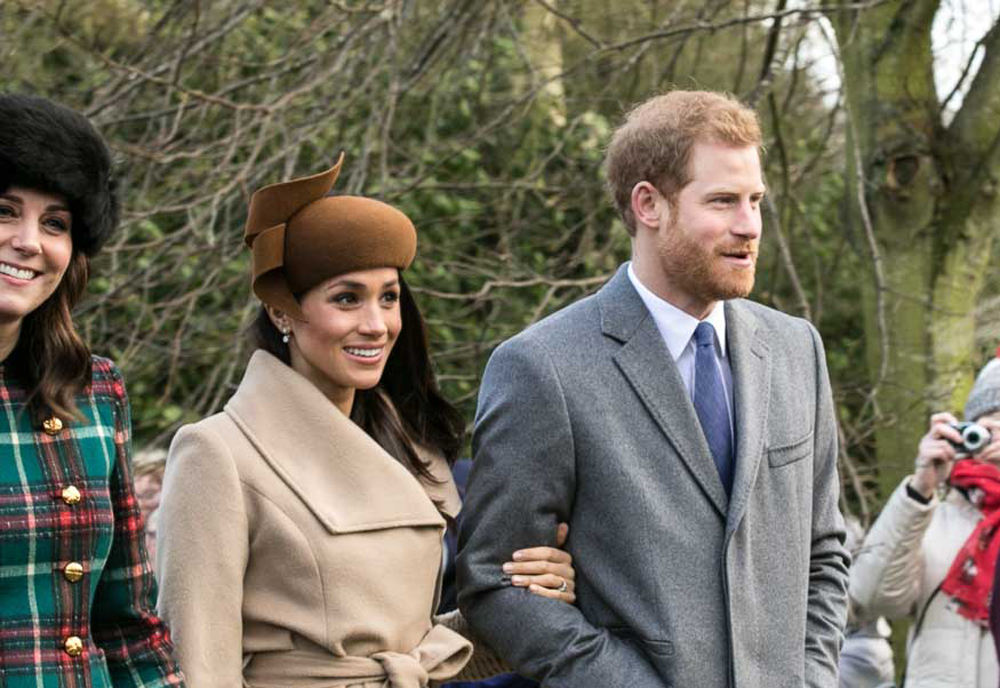 With all eyes on Prince Harry and Meghan Markle in the run-up to the royal wedding, media and public interest in the royal-couple-to-be is at an all-time high. From guessing who Markle’s wedding dress designer is to photographing her father shopping for a toilet in a DIY store, any story that is linked to the couple is guaranteed to make headlines.

“It is very easy for individuals in Meghan Markle’s position to feel overwhelmed and give up on protecting their privacy and reputation, to feel that it’s an unwinnable battle,” says Magnus Boyd, reputation partner at law firm Schillings. “That feeling can come from both the volume of people tracking her and because we are living in a climate where an invidious presumption is increasingly holding sway which is that only people with something to hide need to care about privacy.”

Boyd explains there is a link between privacy and reputation. “Protecting your reputation requires both a defence against falsehoods but also the protection of private truths,” he says. “Privacy enables people to manage how they are judged by others and, by extension, their opportunities, friendships and social boundaries. If reputation is what someone thinks of you, then privacy is what they know about you.” Finally, the loss of privacy leads to a loss of freedom. “Knowing that you are under surveillance and appreciating the volume of information that is accessible about you can exert a deep wave of self-censorship,” says Boyd.

Papps and the law

So, despite being one of the most watched celebrities, Markle can still make use of existing laws to protect herself against intrusive paparazzi. “For example, a paparazzo will break anti-harassment law if he is chasing after Markle in an aggressive way on two or more separate occasions,” explains Tom Double, solicitor at law firm Brett Wilson. Also, Markle needs to be careful not to share information, including any pictures, that she wants to retain control over. “The absence of consent is very important for both privacy and harassment claims,” advises Double. “If Markle makes clear that she objects to the taking of photos, perhaps by covering her face or telling paparazzi to refrain, then the argument that the paparazzi knew that his actions amounted to harassment becomes stronger.”

The laws that protect famous people against unwelcome paparazzi attention have been around for many years, but celebrities are only now making proper use of them. “The Protection from Harassment Act, for instance, which the One Direction singer Harry Style relied on in 2013 to obtain a court order preventing paparazzi harassment, came into force in 1997, the same year in which Princess Diana died,” says Double. In Style’s case, the injunction against “Paparazzi AAA and others” prevented them from pursuing the singer by car or motorcycle, placing him under surveillance, loitering or waiting within fifty metres of his place of residence to monitor his movements or take photos of him in such circumstances, as reported by The Telegraph.

Thomas Rudkin, associate at law firm Farrer & Co., also says that the privacy laws in the UK have become more powerful in recent years, especially since Naomi Campbell’s litigation against Mirror Group Newspapers in the early 2000s. The supermodel then successfully argued that photographs of her leaving a Narcotics Anonymous meeting amounted to a breach of confidence. “That’s when things began to change,” agrees Magnus Boyd, adding that the traditional media tended to position itself as more responsible in its conduct than the paparazzi, conveniently ignoring that the traditional media provided the market in which the paparazzi operated.

It may still be worth the risk

Still, the existence of privacy rights will not necessarily stop the media from seeking to get a lucrative story. And, despite the legal risk and financial cost, there are still stories that may be worth taking the risk. “Up until the phone hacking litigation,” says Rudkin, “the top damages award in a privacy claim was the sum of £60,000 awarded to the former F1 boss Max Mosley for the now defunct News of the World’s coverage of his well-documented activities in a private flat in London.”  However, a few years later, the phone hacking litigation saw one of the claimants awarded £250,000 against Mirror Group Newspapers.

In the recent privacy case of PJS v News Group Newspapers, Lord Toulson left open the door for claimants to seek exemplary damages intended to punish a newspaper where they have calculated that the money to be made from the wrongdoing will probably exceed damages payable. “This may act as a further deterrent in the future,” says Tom Double. “While the press will often appeal first instance rulings that have the potential to affect their business model, they generally adhere to the appeal courts’ decisions.  For instance, following a successful claim brought by the children of Paul Weller in 2015 in which their faces were shown in a photo of a family outing, mainstream newspapers will now routinely pixelate children’s faces where they could otherwise be said to have a reasonable expectation of privacy.”

What should Markle (and other celebrities) do

According to Tom Double, it is important that UHNWs instruct solicitors to take action as soon as they know paparazzi may have taken photos that they do not want to be published.  “Often newspapers will claim that they were not aware of the circumstances in which the photos were taken, as sometimes it is not apparent from the photos themselves that the subject was pursued by paparazzi, and therefore it is important to put them on notice of the true position prior to publication.”

When it comes to protecting privacy and reputation, the legal tools available are just one element.  “Agents, public relations advisers, and cyber and physical security experts all have a role to play when it comes to ensuring that those in the public eye, and HNW individuals more generally, are protected,” says Thomas Rudkin. “It is important to be prepared for potential media and other scrutiny, as well as the risks posed by other threat actors, by having ready access to the appropriate range of expertise and tools available. This will be a key part of the preparations for the forthcoming royal nuptials, as advisers seek to achieve a balance between providing the watching public with what they expect by way of coverage, but also ensuring that the day passes without undue intrusion.”