Will corporate Japan save Abenomics?

Japan is presenting a paradox: the stock market continues to rise (+7% in February, local currency) at the same time as growth disappoints. Real GDP in the fourth quarter 2014 fell far short of consensus expectations at 2.2% year-on-year, after a contraction in growth in the second and third quarters. This apparent disconnect signals that investors believe Japan is turning the corner, but are they setting themselves up for another dose of disappointment?

The clinching factor as to whether Abenomics and the Bank of Japan’s reflation policies succeed will be rising income levels. If the Bank of Japan is going to reach its 2% inflation target, Japanese consumers need to start spending and that will be contingent on wage growth.

Wage settlements have been moving in the right direction (+1.6% year-on-year in December), but this has mainly been increases in regular summer and winter bonuses. Unsurprisingly, the fixed cash element of wages has yet to see a meaningful move (rising modestly by 0.2% in the second half of 2014). There are many reasons for this, but one of the more important is that companies are reluctant to add to their fixed cost base at a time of uncertainty.

That situation might be about to change as pressure mounts from politicians on larger corporates. Prime Minister Abe has stated explicitly that companies benefiting from a weaker yen should pass rising profits through to higher wages. As we approach this spring’s Shunto wage round, we may begin to see higher wage settlements being accepted by the larger export-orientated corporates.

Incidentally, this phenomenon of higher wage settlements is not just unique to Japan. Walmart in the US has just agreed a higher than expected pay settlement, while the IG Metall trade union secured a larger than expected pay rise for employees in the engineering and metals sector in Germany. It is also a key electoral issue in the UK.

Nonetheless, the Shunto annual spring wage negotiations cover only 20% of Japan’s workforce. According to JP Morgan, wage growth for companies with more than five but less than 29 employees was flat in 2014, but increased 1.8% at companies with more than 500 employees. Politicians are hoping for a ‘trickle-down effect’ where smaller companies follow larger companies lead in lifting wages, but an assumption based on hope leaves room for disappointment. However, there are two other factors are potentially supportive of income growth.

First, despite disappointing economic growth in 2014, the Japanese economy continues to create jobs and over time a tightening labour market should impact wages positively. Second, falling energy prices should allow consumers to enjoy a period of rising real incomes.

Financial markets have given Prime Minister Abe the benefit of the doubt since his re-election in December. There remains a long way to go with structural reforms, but incremental progress has been made through corporate tax cuts, some modest reforms in the agricultural sector and changes to civil service pension fund allocations.

So if Japan is indeed turning the corner, then it is corporate Japan that is likely to lead the way. Corporate earnings have been improving and dividends have been raised, factors which are starting to attract the interest of international investors, who are generally underweight in Japanese equities. However, corporate Japan has a fine line to navigate between offering higher wage settlements and maintaining profitability to keep investors sufficiently attracted. 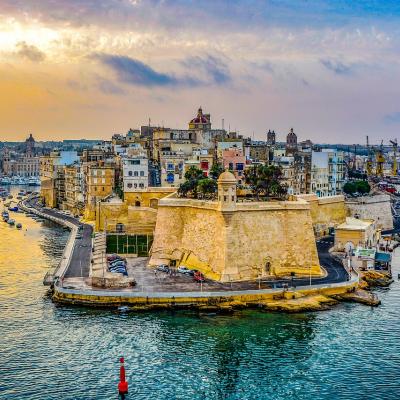 When Malta introduced its citizenship by investment programme back in 2014, it could not have imagined the transformative effect it would have on the islands' wealth management industry. END_OF_DOCUMENT_TOKEN_TO_BE_REPLACED