“I predict there will be more from the icelandic volcano and it will be a stop-go scenario with people having to use more boats and trains in future. I don’t think the general public can expect to use ‘planes like buses. The price of fuel will make flight travel the reserve of the rich in future and I see the government stepping in to impose a ‘ten flight’ only rule. We will use more local food products and grow our own food.”

“Western civilisation is tired and spiritually empty and needs new concepts to revitalise. I see a surge of spirituality following the volcano eruption. It is a significant event. I also predict an earthquake in Florida.”

“Volcano eruptions herald change and I see this eruption causing a change in governments – volcano eruptions are known as a sign from God and the Universe in ancient Greek astrology – ‘whatever happens in heaven happens below’. In 1782 the volcano erupted and the problems lasted for two years. It preceded the French revolution by six years and there was a fall of the French monarchy. There was also the fall of the Russian monarch related to a meteorite which hit Siberia. The Star of Bethlehem heralded the birth of Jesus Christ. Volcanoes mean power falls and revolution in governments.”

“Nature is stronger than us and when nature shows her power like increased nuclear explosions on the Sun then we are powerless to defend ourselves.Meteorites continue to pose threats to humanity.”

“I see Japan becoming stronger than China and specific questions about currencies and stocks and shares.”

“Cameron will be in power but I think he will soon change.”

“He is very nice, very successful and has a lot of support. His personal life, however will be less smooth than his business life.”

Can be difficult to work with. Strict and pedantic but is a good person. Some like him and others don’t.

Very lucky. Born under a lucky star. Will accumulate a lot of wealth.

2010 and 2011 are your years. Don’t delay with projects, put them into action. Stars are on your side. By 1 Jan 2012 it is time to consolidate. There will be big changes in romance.

Very organised. Will go on to bigger and better things. He will diversify his career. He will have many women fighting over him. 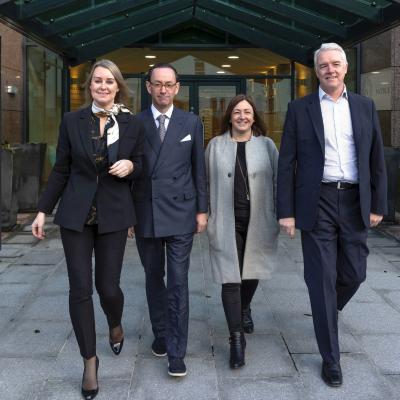 Highvern is pleased to announce completion of the acquisition of Noble Trust Company in Guernsey, further adding to its multi-jurisdictional private capital and corporate services offering. END_OF_DOCUMENT_TOKEN_TO_BE_REPLACED

Stephens is appointed as head of discretionary management service. END_OF_DOCUMENT_TOKEN_TO_BE_REPLACED