Let’s start with the sublime, then move to the ridiculous. As nearly everyone in the wealth management field knows, the United States federal estate and generation-skipping transfer, or GST, taxes are in a tremendous state of flux, having long been set to expire on January 1, 2010 — though no one expected them to.To everyone’s astonishment, now that the ball has dropped over Times Square, federal estate and GST taxes have, in fact, expired‚Äîat least temporarily. It is difficult at this early juncture to predict whether this will present significant estate planning opportunities.In 2009, the maximum rate was 45% and the exemption was $3.5 million. If Congress does nothing, the tax will return in 2011 at the 55% rate, and with only a $1 million exemption. Certain members of Congress, however, have stated their intention to restore these taxes sooner, perhaps even retroactively to January 1‚Äîbut in either event, whether this is done as a temporary extension of 2009 rates and exemptions, or as a more permanent fix with entirely new rates and exemptions, is anybody’s guess.

While the opportunities are uncertain, the potential pitfalls presented by this temporary change are clear, and in some cases serious. Most important is the impact of this change on the estate plans of many married couples that containtraditional formula bequests designed to set aside the largest amount that can pass free of federal estate tax under the will of the first of them to die — a common planning device for couples subject to U.S. estate taxation. For someone dying in 2009, this would have resulted in up to a $3.5 million “bypass” or “credit shelter” gift, and in a significant attendant estate tax savings upon the death of the second spouse. But for someone dying when there is no estate tax, that “bypass amount” would be the entire estate, with the result that such a formula would potentially disinherit the surviving spouse entirely.

Conversely, formulae that refer to the “applicable exclusion amount” (which at the moment does not exist) would result in no amount being set aside and mightentirely disinherit everyone other than the surviving spouse.You may think you have figured out an appropriate, delicatebalance between the current trophy spouse and children by prior marriages, but the expiration of the estate tax could distort that dramatically and plunge estates into hopeless litigation.Anyone whoseestate plan contains such an uncapped formula needs immediately to consider options for remedying the situation.

2010 will not be the year for spring cleaning. The estate of anyone who dies when there is no estate tax will not receive a full step-up in basis. As a result, the beneficiaries of such an estate will need to retain potentially a lifetime’s worth of business records in order to establish the historic basis of the estate’s assets.If you’ve lived until now with being able to fit only one car in a two car garage, you should live with it a little longer. In addition, the GST implications ofannual gifting programs may need to be reconsidered this year, particularly if it involves gifts to trusts.

Unfortunately, thanks to Congress, 2010 promises to be a time of tremendous estate planning volatility.It will also be a time when fed up Americans,andnon-Americans with U.S. passports, consider expatriating. While the U.S. now has a capital gains tax upon expatriation, thanks to the dismal economy these past two years, gains may be significantly eroded or gone, and this option may now be more attractive to take advantage of. Also, thanks to Congress, U.S. taxpayers who don’t expatriate and who have interests in non-U.S. bank accounts can expect to pay more than ever to their accountants, given the dramatically increased reporting requirements to which they are now subject– that is, assuming they can find a non-U.S. bank still willing to keep them as customers.

Policy has been turned on its head. U.S. estate and gift taxes have never been significant money raisers. No one ever built a highway, bridge or dam from estate tax revenues. Rather, such taxes have always been policy motivated. Not paying one’s income taxes is tax evasion; not paying one’s estate taxes is tax planning. The estate tax system, until now, has been designed to be avoided by doing socially desirable things that relieve what would otherwise be a public burden: leaving money to spouses; leaving money to charity; and gifting to children during lifetime. Now, the policy seems to be to encourage makingend of life decisions based upon potentially enormous tax savings. Of course, less than 1% of U.S. taxpayers ever had enough property to be subject to estate taxes, but 100% of U.S. taxpayers received a basis step-up on death and could liquidate estate assets free of capital gains taxes. For the more than99% of U.S. taxpayers who do not have $3.5 million, they now for the first time are faced with carry over basis and paying substantial capital gains taxes after death. So Congress has created an incentive to euthanizethe wealthy during 2010 and to prolong the lives of everyone else on life support until 2011. Only in America.

As a combined group, Intertrust will employ 2,400 professionals operating from forty-one offices in thirty IFCs. END_OF_DOCUMENT_TOKEN_TO_BE_REPLACED 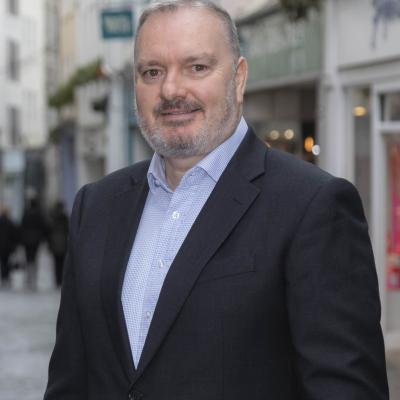