Trusts could be enormously helpful 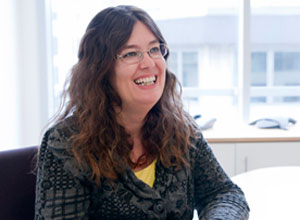 Sara Maccallum, senior partner at Boodle Hatfield, says that in the aftermath of the Brexit vote, trusts could be very helpful for UHNWIs who settle assets before becoming deemed domiciled, as they are at present for IHT purposes.

Should UK residential property owners wind up holding structures now or hope for the relief that was hinted at in the last budget?

This is a surprisingly difficult question. On the one hand if the relief does materialise then clients who have wound up structures before may understandably feel aggrieved if this proved more expensive than if they had just waited. On the other hand we have no guarantees that any relief will materialise and April 2017 is rapidly approaching. The best course for clients is to get advice now about whether winding up is advisable for them and if so what the tax consequences of doing so now would be, so that they are in a position to judge whether any reliefs are likely to enhance their position. If they are, they may do better to hang on.

Could Brexit lead to lower corporation tax rates in the UK?

I am not sure about that. The rate of UK corporation tax is directly under the UK government’s control, so I suspect this will depend more on the economic outlook and strategy. The current uncertainty is helping no one and it would be better to have a timetable and a plan.

The new rules are coming in from April 2017 and that does seem to be set in stone, assuming there is not a dramatic change of Government. When exactly we will see the next version of the rules does seem to depend on the referendum outcome. Draft legislation is expected to be published in December 2016 with the other draft legislation for inclusion in the Finance Bill 2017. There are already rumours that some non-doms are leaving although we are not necessarily seeing that. I suspect that going forward more individuals will seek to modify their stays in the UK so that whilst still spending a significant amount of time here they are not actually UK tax resident. Trusts could be enormously helpful for those who settle assets before becoming deemed domiciled, as they are at present for IHT purposes.

Where are we now with the new carried interest rules?

These rules were introduced in the second Finance Act of 2015 following the summer budget. More measures are now in the Finance Act 2016, concerning the tax treatment of performance-linked rewards of fund managers. The aim is broadly to ensure that bonuses paid to fund managers are taxed to income tax not to CGT as carried interest which should be limited to investment activities of the fund. The government also confirmed at the March budget that carried interest will be taxed at the higher of the CGT rates, twenty-eight percent or twenty percent, alongside residential property.

Increasing globalisation and increasing emphasis on tax transparency and international measures to combat tax evasion and perceived tax abuses, particularly in light of the Panama papers. This year has seen increasing taxation on residential property, particularly investment properties, and this is set to continue with the proposed reforms to UK residential property owned through offshore structures.

And on the legal or not legal systems debate? "I think we are
pretty good at making anything work, but I would prefer to use
legally orientated software. I am intolerant of systems going down and spend time testing everything we do before going live." I ask what this means in practice.

END_OF_DOCUMENT_TOKEN_TO_BE_REPLACED

Twin girls joined at the head, such that their major brain blood vessels were interconnected, have been safely separated