The rise of gene therapy

An opportunity for a breakthrough in medical science has been threatened with being stalled by a lack of funding. But the innovative approach of the Cystic Fibrosis Trust aims to secure ¬£6m in a matter of months. As Archie Norman explains, their approach is pioneering in many ways.

“Woe is the child who tastes salty from a kiss on the brow, for he is cursed, and soon must die,” reads a 18th Century German proverb, possibly one of the first references to Cystic Fibrosis (CF). Since that grim prognosis, the prospects for a baby born with CF have improved substantially, but even now only half may live beyond their late thirties.

I have a personal attachment to the Cystic Fibrosis cause – when my father started the respiratory clinic at Great Ormond Street in the early fifties, Cystic Fibrosis was still unknown in parts of the country. The first case in Britain was diagnosed in 1943 by Donald Patterson, a Canadian. Gradually people learned to identify what had previously been an unknown disease.

When my father produced the first UK life tables (statistics on life expectancy), CF patients were only expected to live into their teens. It was thought of as a children’s disease. The Cystic Fibrosis Trust was set up both to support research and as a parents group. I am proud to now be a trustee.

In a person with Cystic Fibrosis, some of the DNA in one of the genes – the CFTR gene – is incorrect. This mutation causes the body to produce thick secretions that particularly affect the lungs and digestive tract. Ultimately the damage to major organs will prove fatal, and 90 per cent of deaths are a result of lung disease.

The unravelling of the human genome offered immediate potential for the treatment of genetic disorders such as CF. Such was the excitement about the potential of gene therapy, that the Cystic Fibrosis Trust committed much of its effort, and money, to gene therapy – investing ¬£30m since 2001. Thus the UK CF Gene Therapy Consortium, brought together by the Trust includes 80 of the best scientists in the field, at three of the elite research institutes: Imperial College, Edinburgh University, and Oxford University.

Gene therapy essentially works by delivering a healthy copy of the faulty gene directly to the lung cells. This essentially halts the symptoms of CF, and thereby halts the damage to organs that results. It is hoped that a monthly application of the therapy, via a nebuliser (inhaler) will keep CF at bay for good.

The Gene Therapy project is the eventual fulfillment of the ambition of the small group of parents and Doctors who first got together in the mid fifties, including my father. However, funding restrictions now mean that a shortfall of ¬£6m may cause that research to be parked. The lead researcher on the Gene Therapy Consortium, professor Eric Alton, is passionate about why this would be a tragedy for so many.

“Gene therapy is pioneering 21st Century technology which has the potential to significantly improve the lives of people with Cystic Fibrosis. This project cannot be parked. A huge amount of hope and effort and science has been invested in this. No one else is capable of doing it. It is completely unique.”

The CFT have taken a pragmatic approach to raising that remaining funding, putting in place an innovative campaign to secure philanthropic funding from around the world. With the funds raised, and our own investment, we are confident that should a shortfall remain come November, the philanthropic investment will lever in the support of investors attracted by the obvious potential, and an investment model where much of the risk has been absorbed.

Unsurprisingly, medical trials are usually high risk – as the treatment is gradually tested for efficacy and safety on larger groups of subjects. Every year around $100bn (¬£62bn) is spent on medical research worldwide. Almost all of that money is provided by Governments, Trusts, and Pharmaceutical companies. Funding is hence highly competitive.

The gene therapy trial, however, has an extremely high potential return on investment. The US pharmaceutical industry’s trade group, Pharmaceutical Research and Manufacturers of America (PhRMA), estimates that on average it costs $500m (¬£310m) to take a product to market. The CF Foundation in the United States has agreed to invest up to $75m (¬£46m) into a drug therapy which has demonstrated benefits for four per cent of people with CF. What the consortium have achieved to date, for ¬£30m – and in only 10 years – is outstanding. And it would benefit every single person with CF.

The Gene Therapy trial is now at the crucial, and most risky stage: phase two, sometimes known as the ‘valley of death’. It is the stage where most trials fail, but also the stage which can prove market potential.

Early indications have been good. The researchers have already demonstrated ‘proof-of-principle’ for the correction of the genetic defect in the human nose and lung, a key breakthrough. Although the patients taking part in the pilot study had a mild flu-like reaction to the dose, these symptoms were short lived and mostly gone within 48 hours.

Perhaps most exciting, many of the patients have shown evidence of normal CFTR protein being produced in their nose and lungs following the gene therapy. In some cases, the protein has been at normal levels. Whilst this only happened in a few of the patients these are the largest changes ever recorded using any type of therapy, worldwide in Cystic Fibrosis.

The next step is to develop these benefits into an effective treatment in the lungs of people with Cystic Fibrosis. The crucial efficacy data resulting from the trial will push the technology from being of commercial interest to being a technology pharmaceutical companies will license or commercialise in an agreed manner.

The commercial benefits of a treatment that requires monthly re-application are obvious. The Trust’s own investment in the technology will ensure the therapy will be available as cheaply, and as widely, as possible but it may also provide the essential backing to lever in the funding necessary to make the product viable for investment, thereby securing the clinical application of any product and generating revenue for reinvestment in medical research. Should the trial succeed, the result will be a sought after Intellectual Property and data package.

Beyond Cystic Fibrosis, gene therapy has potential as a treatment for genetic diseases such as Parkinson’s, Alzheimer’s, and Toy Sachs. In the US, the Michael J. Fox Foundation for Parkinson’s Research has given upwards of $5.4m (¬£3.4m) and funded eight grants in 2010 and 2011 for gene therapy. The Foundation’s supporters include Google’s Sergey Brin.

“We cannot, and will not, fail at this advanced stage”, says the Cystic Fibrosis Trust’s chief executive, Matthew Reed. “Our approach ensures success – whether that be through our incredible supporters, or through investors willing to invest on the basis of the obvious potential. Any gift now will be multiplied by the further funding secured, as it encourages others to give. It ensures the viability of the research because it takes us closer to our target or, should we need to seek investment, it ensures us a greater share of the product, and less risk for any investor. It is a win – win situation and we will leave no stone unturned.” 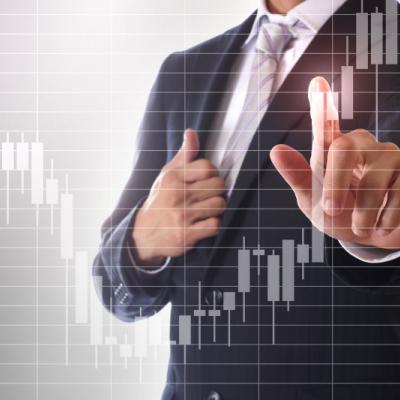 Private equity has turned into a racing Ferrari at Le Mans, winning through industry consolidation, reducing admin costs and introducing automation. Gone are the days when UHNWs would shy away from private equity as an unknown frontier. END_OF_DOCUMENT_TOKEN_TO_BE_REPLACED 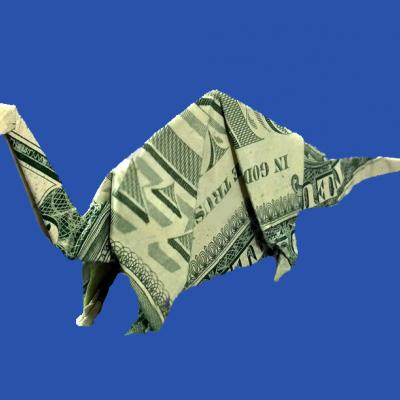 Despite Trump, Brexit and British politicians taking a few right hooks to the chin, the clear message arriving at Citywealth HQ is that the private client industry has had a high growth year. This is confirmed by company accounts and by the voracious appetite to hire. END_OF_DOCUMENT_TOKEN_TO_BE_REPLACED