A visit to the Southampton Boat Show reveals an ocean of proud super yachts boasting lengths of 95ft or more sitting with sprightly smaller boats available for purchase for quick water jaunts and accessories that, if not a regular seafarer, you probably couldn’t even imagine existed.

With a football pitch or two to walk around in Wembleyesque proportions, The PSP Southampton Boat Show, which this year was opened by Sophie Ellis-Bextor is one of Europe’s largest on-water shows which means you need good footwear. Comfortable feet are essential for lasting the day out with meetings that could take you from A to B to A to B to A again in just a few hours and hot weather just adds to the blister count.

Rather more than a day trip, the PSP S’ton boat show would be better visited for two days or more‚Äîit just gives you time to appreciate the splendor of the show and to get around to talk to exhibitors and attend the many functions taking place. It also allows time for Super Yacht comparisons. “Should I take a 95 footer or stay more realistic with a 78?” Lots of champagne and exhibitor atmosphere all add to the merriment and feeling that you should have visited for longer than your plan. Mutterings about Cannes, Genoa or Monaco are also commonplace as the autumn boat show circuit gets into full swing.

Among the exhibitors were Barclays Marine Finance, based locally, the Southampton Boat Show is a must for them more “to be seen at” than deals done at the show. Their division specializing in finance for water vehicles of ¬£10million or less said although business is still brisk that the average size of finance now has dropped to ¬£150,000 whereas before the c-crunch it would have regularly been in the millions. They expect around fifteen solid enquiries from the show.

The Southampton Boat Show statistics include the show costing over ¬£3million to stage. Individual exhibitor areas taking more than seven days to erect. More than two miles of pontoons with a thousand boats on show and around five hundred exhibitors.

Of the launches Sunseeker dominated one area of the show with four new launches taking place and a party featuring Britain’s Got Talent group Escala.

Northshore Yachts had the world premiere of their new Southerly 49 with champers and canapés and Dee Caffari, the first women to sail around the world solo, launching the cruiser for them.

Princess Yachts, who have been in James Bond movies, were also at the show launching two new models‚Äîthe V78 and the V78 motor yacht, a new thoroughbred sports yacht for long range cruising. Princess Yachts, in a mega finance deal, were bought out by LVMH in June 2008. LVMH which is owned by Bernard Arnault, the French billionaire, has many luxury brands including Louis Vuitton and Moet & Chandon.

David King, the founder of Princess Yachts and now Managing Director, led a champagne toast and treated guests to a walk around their stunning assembly of motor yachts which included their flagship yacht, the Princess 95 Motor Yacht and afterwards to scones with clotted cream and jam.

The new Princess 78 Motor Yacht has been redesigned to include resin infused technology which reduces the boat weight and allows for increased speed. Inside it has a large saloon and four en suite cabins.

Going up a few feet, the interior of the Princess 95 Motor Yacht easily matches a five star hotel with leather ceilings and walls and white carpets everywhere. Bathrooms are bedecked in dark marble and offer spacious walk room with wet rooms, multi jet showers and deep brass port holes to give guests a view as they contemplate their cleaning.

Inside the 95, wood surfaces are beautifully crafted and it has all the modern amenities you would expect on board.

As well as an immense electronic display for the captain and a driving seat that makes you feel like you are in charge of Selfridges-on -sea, master bedrooms and kitchens, there is a hot tub Jacuzzi on top deck which just looks ready to be jumped into.

At that height, (you are three floors up) you get a really blissful feeling of sun on your face and sea wind in your hair and life, well life how Princess Yachts prescribe it, looks pretty nice.

Although the world is in recession and the marine industry feeling a knock, two of the big boats on display were sold (¬£2.7million with extras was the price tag for one). One was sold to a Turkish business man and another to a Russian who was planning to leave his new toy in the Med’. So there are still buyers out there.

My view of the yachting world? If a client invites you for a jaunt on a Princess 95 Motor Yacht‚Äîdrop everything and definitely don’t say no.

END_OF_DOCUMENT_TOKEN_TO_BE_REPLACED 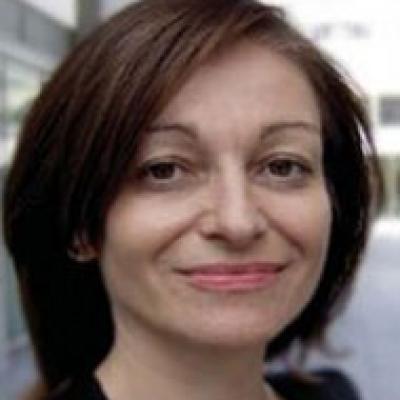