The Citywealth Power Women Lunch 2014, that took place on 23rd January and brought together 130 senior women in the wealth-management sector, financial services and government, saw a very diverse panel of inspirational speakers. Diane Abbott MP, a proud descendant of Jamaican slaves, sat next to Lady Edwina Grosvenor, daughter of the Duke of Westminster who is one of the wealthiest men in Britain. They were united in their aim to inspire and encourage the women attending the inaugural event. The Citywealth Power Women Lunch 2014 was launched to raise the awareness of International Womens Day in the UK and will become an annual educational event to include key awards to recognise successful women.

Diane Abbott MP, whose working class parents left school at the age of 14, attended grammar school then Cambridge University to become the first woman of colour MP (Member of Parliament), 27 years ago. It was of particular significance to her that she entered Parliament on the 150th anniversary of the abolition of slavery. She never let her ethnicity, gender or background stand in the way of her ambitions. While acknowledging the necessity of promoting more women to top positions, she has nonetheless seen some vast improvements since in her sector. When she became MP in 1987, there were only 42 women MPs out of the 650, while now there are a 147. She pointed out that they are now also younger, and many of them have young families.

Lady Edwina Grosvenor also made some inspirational contributions. Putting her enormously privileged position to the service of the community, the assembled guests who were from financial services and government heard that since the age of 18 she has been devoting her time to visiting prisoners, many of whom are serving life sentences for murder. She’s the driving force behind Clink, a chain of restaurants that trains and employs prisoners. Lady Edwina also fielded questions from the audience.

Dr Alexandra Beauregard, professor in employment relations at the London School of Economics, and another speaker, pointed out that women in finance still earn on average 41% less than their male colleagues. They often miss out on opportunities because they are usually mentored, while men are sponsored. A sponsor will fight for promotion for you within the organisation, while a mentor will give individual tips to help. Women also tend to be excluded from informal networking events where decisions are made. Dr Beauregard highlighted the need for organisations to examine their internal structures and change them rather than always seeing how women can adapt to fit in.

The lunch was chaired by Penny Lovell, Head of Private Client Services at Close Brothers Asset Management. Penny has been voted in the Top Ten Women in Finance by the Financial Times.

Karen Jones, founder and CEO of Citywealth, closed the event with the announcement of the winners of four awards to recognise senior women in wealth management for their excellence, achievements and client service. They were:

The first Citywealth Power Women Lunch proved to be such a success that it will continue to be part of the annual calendar of awards in the wealth-management sector.

The next event is booked for 22nd January 2015 and will include an afternoon educational programme and a wider set of awards for organisations and their gender and diversity programmes.

With thanks to the artists donating work to the charity at the Citywealth Californ-i-a top 100 event. Artist Alexander Presniakov donated a $1.2 million dollar original painting to the charity auction. He has art shows in Paris, Nice, London. The self-portrait of Actor/Artist Tony Curtis donation

END_OF_DOCUMENT_TOKEN_TO_BE_REPLACED 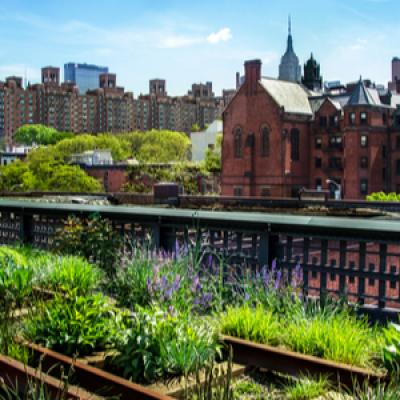 New York's private wealth industry is flourishing as overseas billionaires continue to relocate to the city and domestic clients start looking at their structures in anticipation of the Presidential election in November. END_OF_DOCUMENT_TOKEN_TO_BE_REPLACED