Talking to the client: Stacy Cohen, US based actress, author, entrepreneur and philanthropist speaks with Karen Jones about her life

Stacy Cohen is a multi talented, entrepreneurial author based in the exclusive area of Belvedere across from the centre of San Francisco in the USA. She started her career as an actress, moving to Los Angeles after studying drama in her hometown in Texas. Brought up as a Methodist (protestant Christianity), she was born into what she classifies a upper-middle class family, but her profile increased when she scooped up roles in Baywatch, The Rock and Lethal Weapon 4. She was beginning a writing career in 2000 and had started her first lifestyle book when fate intervened and she was introduced via a blind date to Mouli Cohen, who turned out to be a high tech and bio tech business tycoon. The two hit it off immediately but there was one hiccup: Stacy’s strong Methodist background which contrasted with Mouli’s equally strong belief in Judaism. As the relationship progressed Stacy made the decision to convert to Judaism which she says “Was interesting: the two faiths share some of the same biblical stories” and they married soon afterwards. They have since become a high society, celebrity power couple and dedicated their talent, considerable fortune and brains to global philanthropy.

Stacy who has a sweet nature and is surprisingly innocent and modest in her outlook, has a number of interests in, philanthropy and fashion as well as acting and publishing. With a whirlwind life of celebrity parties, one of her recent events, ‘The Rodeo Drive Walk of Style’ held by Donatella Versace, involved gold ink invites sent with bouquets of white roses, Sir Elton John flying in on one of the Cohen’s Gulfstream G4SP private jets and Stacy appearing in a peach toned, rhinestone Versace gown all to benefit AIDS research. She also sponsors events in the art and fashion world and recent collaborations included a sponsorship of the Mercedes Benz Fashion Week in Los Angeles. Her involvement in fashion began because she says LA is trying to get the fashion business kick started and she can help “by bringing her rolodex of designers such as Roberto Cavalli and John Galliano (who designed her wedding dress) to inspire the young talent.”

So is fitting this lifestyle in and being a busy entrepreneur and philanthropist hard work? “It’s just having the desire to do something important for the world and not taking no for an answer.” Says Stacy single mindedly.

She got started on her book which offers recipes and lifestyle advice: “The Kosher Billionaire’s Secret Recipe” to help others live a more passionate, healthy life. “I tried to combine health with healthy living and lifestyle and did all of that whilst saying: you can be spiritual, keep kosher (eat food according to Jewish beliefs) and lead a glamorous, exciting life.” Fortunately she already has some celebrity sales. At the Rodeo Drive Walk of Style party, Rupert Everett declared he would buy ten copies of the book if Stacy would buy ten of his (he recently published Red Carpets and Banana Skins). “It’s a deal.” She agreed.

The Kosher Billionaire’s Secret Recipe book, may make you wonder if this isn’t just another ‘diet work out’ but delving deeper shows heart felt commitment, unique lifestyle elements and solid nutritional advice. The inspiration for the book, she says, came from her spirituality, love of travel and living a gourmet kosher life. “I’ve incorporated different cuisines from around the world into my book and have visited exotic places from India to the Italian Rivera and Greece to the Far East. The idea is that, I add elegance to menu choices by listening to opera to create an Italian atmosphere or lighting candles and sprinkling rose petals on the dinner table for romance. The essence is to bring a spiritual, sexy and healthy approach to kosher cuisine.” Says Stacy cheekily, giving us a hint of her style, which is that of a high roller but funny too. The foreword is written by Dr Dean Ornish, who was also from Texas and now runs a not for profit holistic, medical practice, based in Sausalito, a picturesque Victorian town built by the British across the bay from San Francisco.

Her significant charitable spirit came from her father who is a pediatrician. “He has always been involved with charity work and helped with the now famous Cattle Barons ball held in Dallas which started in 1974. It has raised more than thirty one million dollars in thirty three years to help research on cancer.” Stacy adds proudly. “I was the highest money raiser for that event in my youth when I lived in Texas.”

Her more serious, global philanthropic and charitable efforts seemed to start about seven years ago after her marriage to Mouli who is the billionaire her book is based upon. “A lot of it has come about because it feels so wonderful to give back, its lovely to be able to buy nice things, but much more important when you can do things for others.” I ask how Stacy chooses to be involved with the projects she helps. “For me it’s important to do the best work I can do for charitable organizations. To be involved with a project, it would have to pass my test.” So what does that mean in practice? “My philanthropic endeavors benefit children and anything else that will strike a chord emotionally. I immediately helped with the tsunami projects for children and have worked to cure the AIDS epidemic in Africa. It has to be the right project for me though.”

As many Americans spend their philanthropic dollars on home territory I comment on her international outlook. “We are all living in this world so we have a responsibility to our global community through international projects.”

Since Stacy’s life is full she often mixes her personal and professional life using her Apple G5 when in the office and connected by her trusty Blackberry when out. Her network is one of the best and she is able to connect people that are able to match funds for the charities she believes in. She has helped numerous causes but particularly the Larry King cardiac foundation which assists people who can’t afford to pay for bypass procedures. “Larry is a friend, that’s why I got involved. My grandfather also had a heart attack so it resonated with me.” Larry King has a personal and family history of heart attacks and has raised millions to provide education for prevention of heart disease as well as hands on care and surgery.

Other philanthropic efforts include work with the University of Indiana in which students go to Africa to help locals learn how to farm and grow food. “The Bill Gates Foundation is giving AIDS vaccines and we are helping on the food front.” The work varies from AIDS research to helping find a cure for virulent childhood cancers. “We are also rebuilding schools in tsunami stricken areas.”

“There are so many wonderful causes. Says Stacy. “That it’s important to do research so that projects fit with your way of giving and the funding goes to the proper place.” Her philanthropic ventures go through a professional process that is on the cutting edge of philanthropy much like the Bill Gates Foundation or how Michael Dell does before any commitment is made. “We are involved in a hands-on way by focusing on things that can make an impact in a short period of time and offer leveragability, scaleability and can create momentum. Chairing Camp Okizu, the largest camp in California for children with cancer is one of our important efforts.”

If you ask me what makes you wealthy, I would say it the peacefulness of one’s soul and that doesn’t depend on your dollars. It’s the feeling you get from giving back that makes you truly wealthy. If you can hold someone’s hand and help someone who needs it, it gives you a wonderful feeling.” The Cohen’s are also patrons of the arts which includes the Russian National Orchestra which had a series of summer concerts across America this year. The funds raised went to support Russian orphanages. “It was a pleasure to arrange for Danny Glover to give the narration of Wolf Tracks (a version of Peter and the Wolf) while and Carlo Ponti junior (Sophia Loren’s son) lead the orchestra. This benefited underprivileged children who had never seen an orchestra before and will possibly inspire them to become the next great musicians of tomorrow.”

As part of being on the celeb’ circuit, Stacy had Larry Ellison (CEO, Oracle) agree to letting her take the cancer children from Camp Okizu and their nurses on a yacht trip around the San Francisco bay. “It was rewarding to see the smiles on the children’s faces as the Blue Angles Air Show flew over the bay and yacht as if a testament to the children’s courage” Stacy says.

And is a private jet, viable in today’s carbon obsessed, global community, I ask? “I really should ride my bike more.” She laughs, slightly embarrassed, before adding a valid point. “September 11th, has made travel horrible. It just makes life simpler but we also use the aircraft for other things like helping to transport people who need organ transplants or for our philanthropy projects. We can take the seats out to transport medical equipment in an emergency to Africa for instance.”

With some English heritage in her past and her Gulfstream G4SP having a Rolls Royce engine; her Rolls Royce parked near by; a taste for Aston Martin sports cars and her European flair for entertaining, Stacy says “I am practically European.”

Stacy is also lifestyle editor for a magazine called “Style Monte-Carlo” so I ask where this connection came from? “Amedeo Turello, the photographer’s of my book, also shoots the magazine, he became interested in my life and thoughts on giving back and we have the same views on fashion and style so I was honored to do a lifestyle section for him.”

As Stacy seems to have done everything anyone could wish for long before the end of her lifetime, I ask how she sees the next ten years, let alone the future beyond, panning out. “When I was younger I relied on my physical attributes but now I rely on my intellect to push my projects forward. I think my next ten years will be amazing: I’ve already learned so much.”

And her final thoughts on wealth and philanthropy. “Where money is concerned, I have people manage my affairs. I think its important to have the best people in anything you do, personally and professionally” she says. “On the philanthropy side, once you accumulate enough wealth, I believe you are in position to give it back to benefit the community in which you live and the international causes that you find important. My philanthropy starts with the people that are close to me and spreads throughout the country and the continent. In the end it is not what we take it is what we leave behind that matters. With regard to my book, I hope it helps people have with a healthy, beautiful life.”

Stacy has her first novel coming out in 2008.

“Philanthropic floods.”
Mouli Cohen wrote about making philanthropy more accountable in February 2003. Within this article, he quotes Erik D Smith who talks of upcoming ‘philanthropic floods.’ One hundred times the size of what Carnegie did which will happen within a ten year time span rather than thirty seven previously. 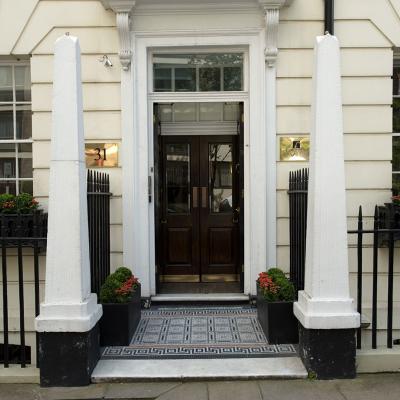 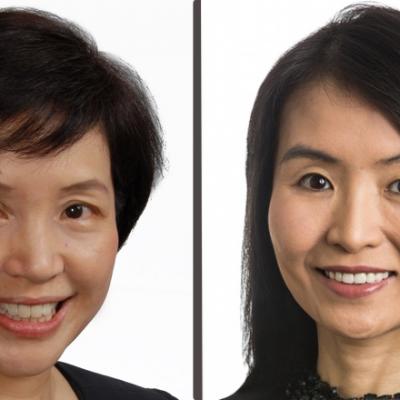 Ninety-year-olds go into the office every day