An economic update from experts at Stanhope Capital:

Continuing the theme of hunting out ‘laggards’, we have recently turned our attention to US financials. Since 2007, the sector has been de-rated massively as shown by the chart below. Recent bank ‘stress’ tests in the US leave us convinced that the US financial system is not only past the worst but actually moving into a state of recovery. Bank balance sheets in the US have contracted far more than those in Europe in a much shorter space of time and the phase of ‘de-leveraging’ that sees banking profits contract dramatically seems to have worked its way through. This has left US banks both lean and mean and on valuations not seen for a decade. With US housing starting to recover, we feel now may be the time to add exposure to the biggest and best US financials through a passive sector fund; we will report back on this in our next bulletin.

With the Greek debt restructuring out of the way and continued positive data releases in the US, fears of a systemic meltdown in the financial system appear to have receded, leaving investors to focus on regional or company specific news. To this point, the returns for equity markets over the two weeks to 25th March have been more uncorrelated then usual. The MSCI AC World Index returned 1.20 per cent, S&P 500 returned 1.95 per cent, FTSE 100 returned -0.48 per cent, MSCI Europe returned 0.45 per cent, Nikkei returned 1.23 per cent and MSCI Emerging Markets returned -0.76 per cent.

In fixed income markets we saw the first major move in sovereign yields this year, with the US 10 year Treasury yields moving from a low of 2.03 per cent to a year-to-date high of 2.38 per cent before ending the period at 2.23 per cent. The move equates to approximately 2 per cent in capital loss over two weeks, which is a big move for an asset class traditionally associated with being risk-free. Similar trends were seen in UK and German sovereign debt markets.

There was little movement in credit, with the exception of European high yield. This sub-asset class had been beaten down over the course of last year and over the past few months has been rallying back from depressed levels.

In line with the more upbeat sentiment in markets, the Dollar Index fell 0.7 per cent and the price of gold dropped 2.32 per cent.

The newswire has been relatively quiet during the past fortnight. After two years of watching the drama that is the Eurozone crisis, the Greek debt restructuring and controlled default of two weeks ago was an anti-climax. However while we would like the play to be over, unfortunately it was only the first act that has concluded. What follows will be more conflicting political agendas, the negative impacts of fiscal austerity, and then after a period of pain, hopefully a slow return to organic growth.

For now the abatement of the macro risks in the system means that regular economic data now have a bigger impact on short term moves in the market. In this context US retail sales rising the most in five months in February, US initial jobless claims falling below 350,000 for the first time in four years and leading indicators moving up (Conference Board Leading Economic Index increased 0.7 per cent in February to 95.5; 2004=100) are all positive signs.

The market was further buoyed by Ben Bernanke’s recent speech in which he stated that further improvement in employment will require “‚Ä¶more-rapid expansion of production and demand from consumers and businesses, a process that can be supported by continued accommodative policies.”. The statement repeats what he said during his semi-annual report to Congress in which he mentioned “sustaining a highly accommodative stance”. In both speeches there was no mention of QE3, but the disposition towards monetary easing is Bernanke’s bias and the markets responded positively to his dovish comments.

In Europe the regular economic data is not so positive. German and French CPI are now at 2.3 per cent and above the European Central Bank’s target of 2 per cent. Manufacturing is slowing across Europe and UK retail sales have fallen for two consecutive months. Much of the weakness in Europe is known and largely priced into markets. There is consensus that Europe will enter a mild recession this year – if it’s not already in one. Nevertheless Eurozone consumer confidence improved for the third month to its highest level since August 2011 and Italian and Spanish government borrowing costs are decreasing.

In China initial manufacturing figures for March show that the economy is contracting at the fastest pace in four months, with all the different sub-indexes falling. In addition the slowdown was reflected in the 14 per cent drop in exports from Japan to China reported in Japan’s trade figures for February, and Australia’s largest resources company BHP warning that demand for iron ore from China will be flat this year. While a hard landing for China would be problematic for risk assets a more moderate slowdown leading to a gradual softening of commodity prices could be positive.

Puttin’ on the Ritz at the Ritz Carlton, Montreal

END_OF_DOCUMENT_TOKEN_TO_BE_REPLACED 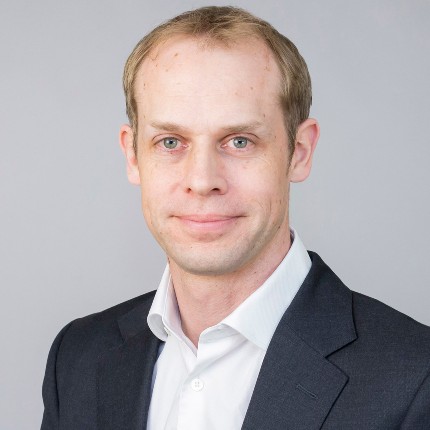