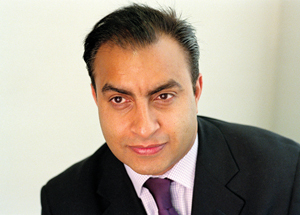 Hamid Yunis, partner at Taylor Wessing, says that the UK’s efforts to boost the Islamic financial sector has made the UK an important centre of international sharia-compliant banking and wealth management.

Why are an increasing number of non-Muslim UHNW clients opting for sharia-compliant private banking and wealth management?

One of the main reasons is the ethical nature of Islamic investments, which shies away from things such as gambling and undue speculation. Also, the old market image of Islamic finance being niche and expensive is slowly being broken down and people are seeing this as an increasingly accessible way of managing and investing their wealth.

What major sharia-compliant deals have you been involved in recently?

The deals we’ve been involved in range from real estate transactions where equity is coming from sharia-compliant sources but utilises conventional debt structures, to advising UHNW individuals on succession planning or social infrastructure project financing.

What are the pitfalls of Islamic finance?

One of the main areas of concern from Islamic investors is finding sharia-compliant asset classes that they are able to invest in. For example, properties occupied by non-Islamic banks and financial institutions are problematic because they deal with interest. Likewise, companies that deal with non-halal products, such as pork, alcohol, and tobacco are not considered sharia-complaint investments. This is a common problem in western countries.

However, some sharia scholars are increasingly likely to take a pragmatic approach and accept that if the majority of the income stream of a real estate asset is sharia compliant then it could be considered sharia-compliant under certain circumstances.

How does sharia-compliant wealth management work when it comes to divorce and succession planning in the UK?

From a sharia-compliant point of view, there are certain rules on succession planning and intestacy. These rules are different from those that apply under the general law and this can cause confusion and conflict.

For instance, the priority distribution under a sharia-compliant succession process can be seen to favour the male heirs. There is much debate on this particular matter taking place in the UK and in particular in the context of the Arbitration and Mediation Services (Equality) bill that is going through Parliament at the moment.

A few years ago, David Cameron was talking about making London one of the world’s “greatest capitals of Islamic finance.‚Äù What is the UK government doing to boost this sector?

The UK has undoubtedly become the centre of Islamic finance throughout the world and outside of the key jurisdictions in the Middle and Far East, such as UAE, Bahrain, Qatar, Saudi Arabia, Pakistan, Malaysia and Indonesia.

Examples of this include London being the first non-Islamic country to host the substantial World Islamic Economic Forum gathering in 2013 and also issuing a sovereign Sukuk bond in 2014.

How does the UK Islamic finance sector deal with different interpretations of the sharia? Is there any move towards global standardisation?

In my experience, while acceptable structures will have innovation from time to time, the key transactional structures like Sukuk are basically the same around the world. Also, a lot of work has been done around the standardisation of fatwas. Fatwas are Islamic legal opinion, issued by an expert in religious law (mufti) about a specific issue, and around stopping what was known as ‘fatwa shopping.’

Tell us more about this issue.

‘Fatwa shopping’ is a colloquial expression used to describe those who want a sharia certification in the form of a fatwa of their transactions or practices and ask different sharia scholars for such a certification and ultimately chose the one that is likely to give them the answer that they wanted. The practice has been widely frowned upon as it questions the integrity of the Islamic Finance industry generally.

Whilst it would be difficult to provide specific examples, as it is seen as a controversial practice, the reality is that with increasing standardisation and also a growing awareness of what is acceptable or not , the practice has substantially diminished.

What trends do you see in the private wealth sector?

I see an increase in creating products that appeal to sharia-compliant investors using vehicles such as cell companies, which allow for differentiation between various categories of investments.”