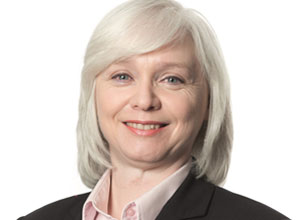 Shirley McIntosh, tax partner at RSM, talks about the new measure that will help Scottish communities to buy their own land but that may also put big landowner under pressure to sell.

Most Scots believe that there will be another referendum at some point, but no one knows when. With so much uncertainty following the Brexit vote, it’s very hard to call. The result of the last referendum was close and until the wider implications of Brexit, including the terms of the UK’s exit, are known, it is by no means certain that ‘IndyRef2’ would result in a clear vote for Scottish independence.

What recent laws have impacted Scotland?

One of the aims of the 2016 Land Reform (Scotland) Act was to improve transparency on ownership of Scotland’s land, particularly where this is through opaque structures. No regulations have been brought forward as yet so many UHNWIs with property in Scotland will be eagerly awaiting further clarity. As well as this, the publication of the Panama Papers has intensified calls for public registers of beneficial owners of all companies, wherever registered, as well as greater transparency in relation to trusts. This is likely to be just one of a number of calls for information that may be made to UHNW individuals who have property in Scotland.

The Land Reform Act also extends the rights of communities to buy land from owners to “further sustainable development‚Äù. Will UHNW landowners be forced to sell?

Yes and no. The Scottish Government has set up a ¬£10m Scottish Land Fund to help communities buy their own land. The provisions of the Act set out the circumstances where Scottish Ministers can force a landowner to sell where community ownership is in the public interest. The new regulations could mean UHNW landowners face pressure to sell land if it will result in sustainable development or provide a benefit to the community. However, the provisions allow for wide ranging consultation before consent to a forced transfer is given.

And have client needs really changed in his time in wealth management? He says “Clients have changed a lot. It used to be about money management but now this is a very small part of running a family office. People care a lot more about us running their life. They want us to look after them