Salamanca Group buys Investec Trust with over ¬£4.5bn in assets under administration

Salamanca Group, the merchant banking and operational risk management business, says it is not on a shopping spree despite buying the Investec Trust business from Investec Bank plc. “It was our first piece of inorganic growth,‚Äù says Martin Bellamy, Chairman and CEO. “We did 60 acquisitions in 2002 but they were investments for clients. We aren’t a consolidator. We buy and build.‚Äù Bellamy will rebrand Investec Trust as the trust & fiduciary business unit across Salamanca Group’s offices.

New regulations in the financial services world have had a substantial effect on the trust business. It has gone through a period of readjustment so as to conform to the new world of reporting and this has resulted in a raft of mergers, acquisitions and the jettisoning of clients. “Trust companies can be difficult to take over because of trust structures put together before much of the current regulation existed,‚Äù says Bellamy. “The trust industry has gone through seismic change in the last six or seven years. The crisis, and problems like Madoff and Stanford, exposed lots of wrong doing and many organisations have been caught by them. With the KYC rule everything has changed. We realise this and have a research arm and an intelligence business unit so we undertake extremely detailed investigations on clients.

“We know there has been litigation over the years in this sector,‚Äù continues Bellamy. “The reason we bought Investec Trust was precisely because they had addressed the changes that needed to be implemented and had rethought and reorganised how they did business. They took a radical approach including closing down their Guernsey office a few years ago. It was like chopping a foot off. Any legacy problems had been dealt with before we arrived.‚Äù

The future is enabling

Bellamy explains the plans for the Salamanca Group business: “Going forward, we want to build a merchant banking business rather than having stand-alone businesses. We do three things ‚Äì enable business, grow capital and protect assets ‚Äì and have found that clients have common issues. They need advice, access to capital and want to be looked after. We do that. We add value. We want them to grow with us. In the long run, I don’t believe a stand-alone trust business is the way forward. I think it’s part of a wider business that could be connected to other parts of our operation like the real estate division which is over half of what we do and is very high profile. We’ve worked on projects such as the Rio Olympics where we offer project management and client representation.‚Äù

Bellamy continues: “Investec Trust has given us 600 trust structures for private, corporate and institutional clients and so will continue to offer trust services as a disciplined business. We have brought in a competent Investec Trust management team who will continue to run it. My input will be making the integration happen, implementing Salamanca Group standards, governance and

adding our values. We have 96 people in the trust business and I will stay hands-on because the business has to be fit for purpose but I won’t interfere on the technical side. We have a grand vision because we want an international brand. Salamanca Group as a whole has 220 in Salamanca Group and one 150 consultants.‚Äù

“Everyone must be aligned. Top to bottom, people have to know the vision and the company has to be well structured. People have to know we are building a successful business. I think communication is important. Even the tea person has to understand what skills they need to do their job. A good proportion of the business is ex-military. We don’t want to be like a large company where communication is non-existent. We don’t want the oil tanker effect.‚Äù

“There are certain things in the military that bring success. Leadership, which includes process and communication and the importance of it, is part of it. People in the military tend to have very different experiences with leadership, training and principles at the core. It is about being fair, not soft or hard, communicating, and being prepared to do anything that someone else would do. The problem can be that the army is an institution, which leads to people being institutionalised. It can clash with the commercial world which has to be managed.‚Äù

“For our investments, we mainly operate in three geographies ‚Äì South America, Europe and Africa. We are investing in the UK and Europe, with large investments in Brazil for instance with NE Brazil’s, largest real estate development company Ecocil. We have also invested in Marina Port Vell in Barcelona

“In Africa we have services in corporate risk, generally looking after multinationals and their staff to make sure they can operate effectively in the region. We do reports on 53 countries. Examples include Libya, which would be considered a real challenge, but we balance the risk:reward scenario to see if is worth investing in. Libya risk is about transitional growth and their problem is bringing back a stable environment.‚Äù

“In Ghana there are large opportunities in oil and the country has strong growth. Our Corporate Advisory team are financial advisors to Goldkey Telecoms Ltd, who have been awarded one of two 4G broadband wireless access licences in Ghana. Generally in Africa the cultural fit is good because they have the British legal system in many countries. The problem with Africa is that there is no long-

term investing. People go in and invest for a couple of years then pull out so the economy doesn’t develop. We want to work with Africa because we want to understand the flows of money across the world. For instance Mozambique and Angola are Portuguese so money will flow between those countries.‚Äù

“I grew up in Birmingham. My father was a banker and I went to Shropshire School before going to Sandhurst. I was in The Rifles and went to Bosnia and Ireland. I also did an MBA at Reading in real estate and finance.‚Äù

In 2001, Bellamy started Salamanca from his bedroom with a laptop with partners Tom Welsh and David Huddlestone.

He says there wasn’t a turning point where he knew Salamanca was going to be successful and believes unless he is constantly concerned about the businesses then they can fail: “You pray for the phone to ring but when it does it brings with it the risk of failure or making mistakes. Even with a risk business we can’t be assured we have made all the right decisions. There are more risks as you grow. You can only really say ‘we’ve done it’ when you sell.‚Äù 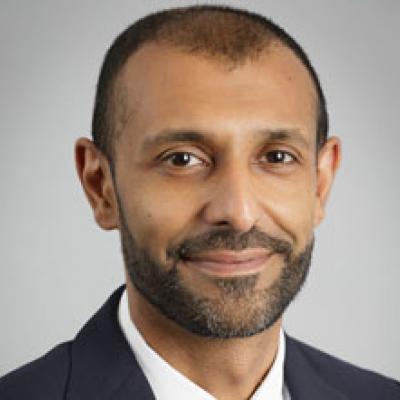 Qunmber Ehsan, partner at Child & Child, says that the number of UHNW applicants for a Tier 1 ¬£2m investor visa has risen for the first time since the threshold increased in 2014. END_OF_DOCUMENT_TOKEN_TO_BE_REPLACED

Coutts & Co Trustees (Jersey) has relaunched itself under a new boutique private client brand, Highvern, following the management buy-out of the company. END_OF_DOCUMENT_TOKEN_TO_BE_REPLACED