Relief for US Citizens Residing Abroad

he IRS have published factsheet FS 2011-13 for guidance on reporting and filing obligations for US citizens and dual citizens residing abroad. Experts from legal firm Withers comment:

The IRS has released additional guidance applicable to US citizens and dual citizens of the US and another country residing outside the US in the form of FS 2011-13.This will come as a welcome relief to many US citizens residing outside the US, as it clarifies that there is a path to remedy any previous failure to file US tax returns and foreign bank account reporting forms without the imposition of penalties where either: (i) the taxpayer owes no US tax due to the application of the foreign earned income exclusion or foreign tax credits; or (ii) there is a US tax liability, but the taxpayer’s failure to file was due to reasonable cause.

No US tax liability

The guidance includes an example of a situation where a US citizen lives and works abroad, initially fails to file a US income tax return, and then subsequently files an accurate albeit late tax return showing no US tax liability due to the application of the section 911 foreign earned income exclusion or foreign tax credits for taxes paid to the country in which he resides and works. In such a situation, the Guidance concludes that the taxpayer should not be liable for penalties in connection with his previous failure to file a US tax return.

Where there is an unpaid US tax liability, the Guidance notes that “reasonable cause” relief may still be granted where the taxpayer is able to show that he was not aware of his specific obligations to file returns or pay US taxes, taking into account factors including his education, whether he has previously been subject to these tax or reporting requirements, whether he has been penalized for any violations in the past, whether these obligations are the result of recent changes in the tax law or forms, and the level of complexity of the tax or compliance issue.

Notably, the Guidance specifically addresses the failure to file Forms TD F 90-22.1 (Foreign Bank and Financial Account Reports or “FBARs”), and includes an example where a US citizen residing and working abroad files accurate albeit late FBARs accompanied by a written statement setting forth an explanation as to why the taxpayer believes his previous failure to file this form was due to reasonable cause.

This could represent a significant opportunity for US citizens and dual citizens residing abroad, who have until recently been unaware of the obligation that they file this form, to submit late FBARs along with a reasonable cause letter and thereby avoid the significant penalties that otherwise could apply.

Whether the IRS might grant such relief depends on a number of factors, and US citizens and dual citizens who believe this reasonable cause procedure may be to their advantage should contact their US tax advisors in order to determine whether they would potentially qualify for such relief. In order to retain the protections of attorney-client confidentiality, it is advisable that the initial evaluation of each taxpayer’s individual case should be undertaken by an attorney knowledgeable in tax issues.

The IRS Tax Attaché at the US Embassy in London has confirmed that late filed returns may once again be filed with the Embassy’s IRS office. A taxpayer generally will need to file six years’ back tax returns but three years may be acceptable if no tax is due. 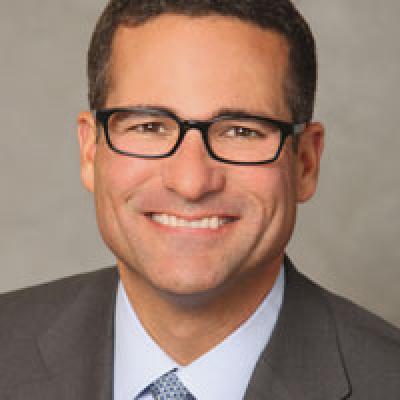 In this role, Abruzzo will be responsible for driving and executing HSBC's strategy for private banking across North America. END_OF_DOCUMENT_TOKEN_TO_BE_REPLACED