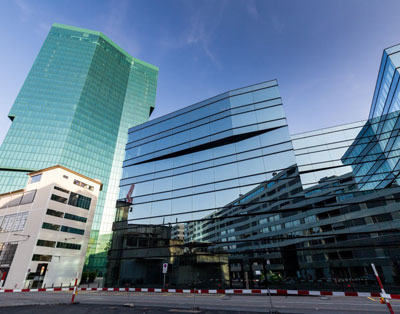 As the world’s largest wealth management centre, Switzerland had some USD2.0 trillion assets under management at the end of 2014, according to The Deloitte Wealth Management Centre Ranking 2015. That places the country well ahead of the UK (USD1.7 trillion), the United States (USD1.4 trillion) and Panama and the Caribbean (USD0.9 trillion).

And yet, those figures belie the fact that Switzerland boasts not one but two significant, and largely independent, international financial centres.
As home to many of the world’s oldest and most renowned private banks, Geneva has long been seen as the Swiss wealth management hub. However, over time, Zurich has more than caught up, observers say.

Mark McMullen is a partner and group head of Family Office International at Stonehage, the wealth manager, based in Geneva. He says: “Zurich has made major strides in catching up with Geneva in the last decade. Although Geneva is still the leader, the level of sophistication of services in Zurich has improved and thus reduced the gap between the two centres. Geneva, as home to some of Switzerland’s oldest and best private banks, and in terms of servicing high net worth families, was the hub. However..To read the full article, please subscribe to our e-magazine.

It is a given that most of us enjoy wine, particularly a fine one. There is also much information in the market about what to buy and I’m sure most of us have dashed down to pick up a case of this or that on the back of a tip […] END_OF_DOCUMENT_TOKEN_TO_BE_REPLACED