Eldred E. (Ed) Bethel, who has recently taken up the High Commissioner role in London, is the 8th High Commissioner representing the Bahamas. Based in Mayfair, he says he is the face of the Bahamas and represents the concerns of the Bahamas in London. His average day is 12 hours and generally includes advising investors about operating in the Bahamas, high-powered political lunches, helping Bahamians who are in London including students and consulate work.
“I spend hours each morning reading the international and Bahamian newspapers,‚Äù says the High Commissioner. “I have to be aware of any issues that may surface or need my input on. I am also the Permanent Representative on the board of the International Maritime Organisation.The Bahamas is the fifth-largest destination for shipping which takes up a lot of time in meetings.‚Äù

Dedication to the job
His formula for success is hard work. “This is a demanding job,‚Äù HC Bethel explains. “I can be dealing with the House of Commons, meetings at the Commonwealth Secretariat and the European Union, dealing with staffing and attending official lunches or receptions.‚Äù
HC Bethel has been to Britain frequently during his past busy media career and as Consul General, a political appointment based in New York. He has met the Queen several times. On one occasion, an official visit to the Bahamas in 1994 by Her Majesty, Bethel served as press liaison officer and at the end of Her Majesty’s visit she presented him with a pair of cufflinks. Earlier this year in his audience with Her Majesty at Buckingham Palace as the new High Commissioner in London, HC Bethel wore the royal cufflinks.
“We are increasing our marketing, hiring more senior staff and working on a global series of events to position ourselves for the South American markets but also working to renew old ties with the UK. This is for a combination of reasons; increased competition and to ensure the Bahamas is a go-to destination for private client work globally as the recession continues to have an effect everywhere. We will continue to work on legislation and incentives to bring investment to The Bahamas,‚Äù explains High Commissioner Bethel.

Issues for the islands
Current Bahamian issues are similar to the UK’s, and include health, immigration and the environment. “We are re-initiating a health insurance legislation and for the environment have put oil drilling and hotel licences on hold while we consult with environmental groups to understand the implications of their work,‚Äù explains the High Commissioner. “We have a Bahamas National Trust now and I liaise with investors to help them understand our issues.‚Äù
Tourism is the number one business for the Bahamas. Junkanoo, a local tradition of music and dance, is one of the main tourist attractions at Christmas and the New Year but as well as this they have beach fish fries and domino playing. Banking is also big business and despite some departures as the global banking world has cut back, the Bahamas has attracted high profile, Canadian banks.
Of the Bahamian people, HC Bethel explains the culture. “Religion, lodges and politics dominate our people. We’ve only had three prime ministers,‚Äù he adds, “so we are all very vocal on the topic of governance.‚Äù

What does he say to the young Bahamians that come to London?
“Work hard, have good manners and study hard.‚Äù

A rich history
The Bahamas can boast many famous sons and daughters. Sir Sidney Poitier, the Academy Award winning actor, grew up on Cat Island and in Nassau in The Bahamas. The Bahamas history also includes Bert Williams an entertainer and singer taking lead roles on Broadway in the Ziegfeld Follies at a time when this was unheard of for black artists. He was also given a command performance at Buckingham Palace.
The Bahamas also have a serious sporting legacy. Thomas Robinson an athlete won two gold medals in 1958 at the Commonwealth Games and now has the 15,000 capacity sports stadium named after him in Nassau. “We have also had many successes at the Olympics with Bahamian athletes. We have a good sporting legacy,‚Äù says HC Bethel.

Final thoughts?
“Every day we put our best foot forward. We want people to know here that we are promoting our country and we have a lot to offer which includes no income tax. Some people who come to the Bahamas for a while never return because of our Bahamian weather.‚Äù 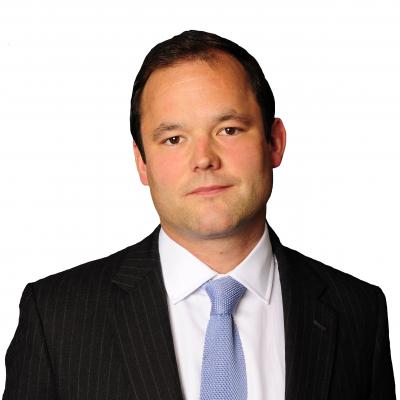 Wiliam Ladenbourg is shortlisted for the Wealth Professional Award END_OF_DOCUMENT_TOKEN_TO_BE_REPLACED

Since the 26th August, markets have inched up a little further with Mario Draghi ‘pleasing’ markets with his plans for European Central Bank (ECB) intervention. Experts from Stanhope Capital comment