Lindsey Alexander and Ursula Danagher, who have been a family team for more than ten years, have just moved to law firm Memery Crystal LLP. “We have become a portable business” says Danagher of the two. Danagher who is Head of the Family Team, has worked with uhnw with sixty million sterling in private assets, says their forward plan is to form good relationships with external uhnw referrers because she says the family law world has shifted on its axis. She explains, “It is now more connected with private wealth management as divorces become more frequent, international and involve trusts and situations that are extremely complex and need advance planning just as taxes do. We get instructions from asset holders who want to protect their wealth. Trustees traditionally haven’t like family lawyers because they’ve always seen us as people who take assets but they are starting to understand that we can help with asset protection too – we have a more collaborative framework in motion.”

Danagher explains what this means. “We prefer the idea of planning the finances in a relationship and working with happily married couples to agree on outcome in divorce rather than waiting for a difficult situation to arise. We know that all settlements have to be fair from the outset and those with high net worth assets (circa ¬£25mn) are also ruled by the section 25 factors which relate to the needs of a spouse. In the recent Robson case, the rulings were made with reference tostatute and not with a focus on the court discretion so we apply these factors. Things have also swung against a non asset holding wife who misrepresents her needs. In a recent case a wife asked for ¬£5mn for a house but spent ¬£4.1mn and when an appeal was lodged by the husband to reclaw the difference, he was awarded the money back. People are willing to go back to court now rather than leave things but it can be high risk and seen as a double or quits scenario.”

“Cases have to be treated individually, be transparent and the asset holder must agree to meet their responsibilities generously. Not all cases will mean assets are split down the middle particularly in a short divorce,” explains Alexander who has worked extensively on contested finance cases, I interject to say there seem to be many angry divorced men licking their wounds in London following the fifty-fifty ruling. Alexander nods and says “that may have happened to men who were in a second marriage for say ten years without children, then you might have seen a fifty fifty split which would undoubtedly cause bitterness.”

“The essence is that all assets have to be taken into account in divorce and trustees whether they wish to help or not have to disclose. There is a misconception amongst uhnw that a divorce lawyer can’t touch a trust but we have enforcement options and the court can in some circumstances make an award against a trust and worry about collection later. In our experience most awards are paid,” Confirms Danagher, “We have both dealt with uhnw with multiple properties, childrens funds and lots of assets. Asset holders will have to sit down and explain exactly what all these are and it does take a lot of time. We are talking to trust lawyers to explain this and see how we can work together initially rather than later because people on the whole fail to plan for divorce and are making wrong judgements about setting up trusts, should they end up in divorce.”

Uhnw need to give responsibility to advisors

“If entrepreneurs are busy they need advisors so we want to talk to these advisers and let them know about the sorts of situations that are arising and look at how to incorporate protection and prevention into a wealth plan. People think they won’t get divorced but forty five percent do get divorced in the UK. In a company environment that would be considered too high a risk position to ignore. Sixty percent of people are also in second marriages in the UK. Busy entrepreneurs need a health check and need to understand that they must discuss their finances with their new partner as part of the marriage process. There needs to be a frank exchange of information. Although courts are becoming more aware of people having separate bank accounts, life is so much easier if couples have sat down and said “I will share this with you” or “I wont share this no matter what happens”.

Uhnw need prenups in every jurisdiction where they have assets and their domicile can change where proceedings are held which can mean greater payouts.

“We see a failure to keep financial affairs in good order and many Sometimes uhnw don’t even know where their money is being held,” explains Danagher “Advisors need to talk to each other to keep information updated and if uhnw don’t have time then they should give responsibility to someone else to do this. Some financial advisors are good at this and it makes life easy for us to just work with them.”

The psychology of divorce – the mental catch up

“We think it takes time to adjust to the process of a divorce. Part of our work is to get people to meet in the same place at the same time and to understand that they have to sort their problems out not hide from them, ” says Alexander. “We think uhnw should mentally prepare for amicable divorces and even in the worse case of a complete breakdown in communication still treat each other with respect and particularly not issuing proceedings against each other.”

“We realise that often one person may want to end a marriage”, says Danagher, ” but the other person may be struggling to mentally catch up. There could be fear of sitting in a room together but if you can overcome these fears you can make rapid progress. Times that are more difficult are when the lawyers have to work on their own without the couple. It makes life expensive and there are often misunderstandings. We try to avoid this if we can.”

Is the prenup the end of the WAG phenomenon? (Wives or girlfriend of a footballer)

“The misconception is that prenups cheat people out of money when in fact they are fair to each party,” adds Danagher smiling, “a footballer is still worth marrying. It would still be a comfortable settlement but not at the high end of pay outs.”

Trend to watch out for: Children outside of marriage – large claims being seen

Danagher continues. “We are seeing more children born outside of marriage and many large claims and awards have been given for care of these children. The applicant is the child and the court measure the wealth of the father and his lifestyle. So the child will be awarded a big house if the father has one and will have to be supported and educated in a similar way. They will need a carers allowance and any money that should be allocated to them will be put in a trust for their future upbringing. Then the money returns to the father once the child is grown up. Someone having a fling is not that unusual but ending up with a big payout for the life of a child is rather a shock as a result and it is happening more and more.”
“Family law used to have a narrow area of influence but now it is affecting everyone. Many international couples are arguing over their children and where they want to live. Which is a reflection on the complexity of modern life which includes international investments.”

The new compulsory mediation legislation – not well thought through

“We don’t think this has been well thought through. With each new government there are promises to tackle family breakdown but the topic is too complex. The current system is flexible and does give discretion in our view.” Says Alexander from their offices in Holborn.

Danagher says in one of her final comments. “We have a lot of work to outsource to the private wealth market. We need accountancy work for forensic analysis and need help to plan pensions for our clients. We also use trust advisors and lawyers from other jurisdictions and valuers and surveyors and need financial planning for clients.”

Alexander gives us her thoughts. “Divorce loans are still going on. It’s more unusual for the asset holder to pay costs now. If you don’t have a fighting fund, you have to take a loan and banks are more practical and flexible now based on advice about distribution of assets from lawyers.

“We are a partner led service,” explains Danagher then Alexander interjects ” you get hands on direct advice from us and we work with a maximum five to ten clients a time to keep direct contact available to our uhnw clients and those who refer uhnw clients to us.”
www.memerycrystal.com

Citywealth on the future leaders of the private wealth industry.

END_OF_DOCUMENT_TOKEN_TO_BE_REPLACED 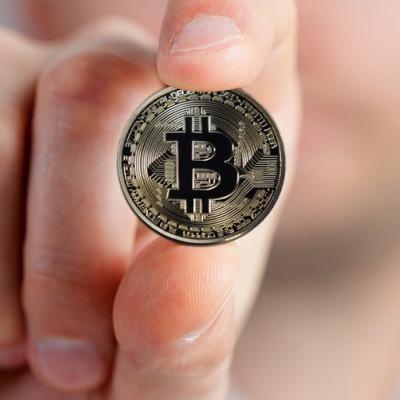 "If you have sold, gifted or spent cryptocurrency in the tax year ending 5 April 2017, you may need to declare any profit or gains on your self-assessment tax return due 31 January 2018,‚Äù writes Helen Cox, managing associate at Mishcon de Reya. END_OF_DOCUMENT_TOKEN_TO_BE_REPLACED