Following the third reading of the charities bill today, Macfarlanes updates you on what the changes mean. Most of you will know that charities have been under scrutiny from law lords for some time. The general idea is to update laws which haven’t been looked at for years and to redefine what is and what isn’t charitable (for instance the opera/private schools). One very interesting change is the CIO entity which means charities no longer have to set up as a business.

(does not constitute legal advice)

All organisations with charitable purposes will now have to show that they operate for the public benefit. Following various initiatives, the Charity Commission will publish draft guidance in the New Year which will be open for consultation.

A group of MPs made up mainly from Labour and the Liberal Democrats has tabled an amendment seeking to make the public benefit test in the Bill stricter. This seems to be aimed primarily at private schools. One Public School (St Paul’s) has already publicly voiced its intentions for the future, apparently with the intention of meeting this development head-on.

The Bill will give the Charity Commission new statutory objectives which set out their role as the sector’s regulator. The Charity Commission will be charged with increasing public trust and confidence in charities, promoting awareness and understanding of the operation of the public benefit requirement, promoting compliance by charity trustees with their legal obligations, promoting the effective use of charitable resources, and enhancing the accountability of charities to donors, beneficiaries and the general public.

The Bill will create a new Charity Tribunal which will deal with appeals against and reviews of the Charity Commission’s decisions. This will make it easier and cheaper for charities to challenge the Charity Commission in the first instance. Currently, appeals must be taken to the High Court.

The Bill will establish a new legal form for charities – the Charitable Incorporated Organisation (“CIO”). The aim is to help charities reduce their risk without the burden of dual regulation under both company and charity legislation. CIOs will only register with the Charity Commission and will take on a simple constitution which will not be subject to European company law directives.

The rules relating to permanent endowment will be reformed so that trustees of charities can use their capital assets more flexibly. Merger of charities will be made easier under provisions in the Bill.

Charity trustees will be allowed to receive payment for providing additional professional or business services to the charity. This will be subject to certain statutory checks. Trustees will be able to take out trustee indemnity insurance using charity funds.

There are also provisions in the Bill reforming the licensing of public charitable collections. There will be a unified licensing system to cover all collections and face to face fundraising (“chugging”) will be included in the regime. The Charity Commission (rather than local authorities) will issue public collection certificates. The Commission will have power to withdraw a certificate if necessary.

If you are inLondon’s Mayfair usethe Janet Ginnings hair and beauty salon and join the likes of Caprice, Sadie Frost and your very own Citywealth Editor, Karen Jones atthe salon. 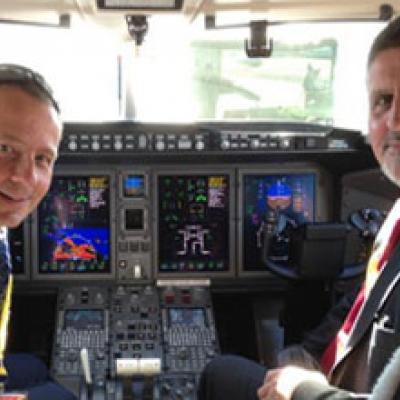 Paying maintenance may last a lifetime

A commitment to pay maintenance does not automatically come end on retirement or on your own remarriage or on the birth of children.  An English maintenance order for an ex spouse (often called alimony) is normally expressed to come to an end only on death or on the remarriage of the re