Lives of the rich and famous: Simon Harrison

Simon Harrison, an entrepreneur, who runs a multi million pound, jewellery and metalwork company based in Central London and with staff in China, was born of parents who were teachers. His career path started in the early days with a mix of teaching and making jewellery for designers who included Jean Muir, Zandra Rhodes, Bill Gibbs, Betty Jackson and Bruce Oldfield. During this time his talent was spotted and he was headhunted to work with Swarvoski to help them set up and make their own jewells and ending up staying with them for two years.

One thing he learned at Swarvoski, which was later to help him on the path to financial success was a concept called Zero based financing. “Each business had to make money on its own steam within Swarvoski.” Says Simon. “Before any new project started, the team had to sit down and work out how they could launch the product as though they had no money. All their new ventures had to be self funding within a given time frame or they got the axe. It made me realise it was possibly to launch a company yourself, as long as you worked out the numbers.”

Although Simon, who was Nottingham born, had worked in a partnership before, which disbanded when he went into Swarvoski, he set up his second business in 1991 on an overdraft of ¬£2,000 and three months salary from Swarvoski, which amounted to around ¬£8,000. “I thought the money would last forever.” He laughs.

He credits a portion of his success, which is measured as a multi million pound turnover, to his accountant who he has had on board from day one. “I met a newly qualified accountant Tej Beeharry, Now a partner at Raffingers Stuart, when I started. We smoked a lot of cigarettes and drank a lot of wine late into the evening, strategising and sorting out my financial problems. It was very important to the early development of my business to get this kind of hands-on financial management advice from our auditing accountants. It was a great time.”

Like all entrepreneurs Simon, who has fifty staff with four in Hong Kong, has had his scary moments. “I remember one time being so sick with worry all I could do was lie down in bed.” He reveals a glint in his eye, glad the time is past but still remembering it clearly. “The room was spinning. It felt like being seventeen having had too much drink. I was sick with stress.” He came through this dark time and a friend helped him get a fresh perspective. “He was the son of Polish refugees and said ‘Just remember Simon, whatever happens, no-one is going to line you up and shoot you.’ It was a sobering thought and really made him realise that nothing in business was life or death.

Simon also says in the early days he often expected a venture capitalist or white knight to recognise him and launch him into super stardom. “I really believed that was going to happen. It took some time to realise the white knight was me: Simon Harrison.” He roars with laughter at the irony. Although this white knight comment may sound throw away, Simon has achieved more than most. The jewellery industry is normally segmented into two spaces: either cottage industry with six or less employees or a retail chain, like H Samuel or Ernest Jones; not many have launched to his size and turnover. He puts his success down to the Swarvoski experience, which helped him understand how to manage distribution and bigger projects. His clients now include Vivienne Westwood, Ted Baker, Karen Millen, Paul Smith all of whom have turnovers in the ¬£100-¬£150million bracket.

On his work in China, Simon, who is studying Chinese, has some interesting perspectives that may help many who are navigating this territory now. “There are five thousand years of cultural differences of which the main is that we’ve had our industrial revolution from 1750. Their revolutions both cultural and capitalist have happened in the last sixty years. It just means their heads are in capitalism but their feet in communism. Everything is very complicated with a lot of wrangling and hardly any infrastructure to make things happen. Its like everything has been built recently, comparable to Germany after the second world war, everything is new. When I first started visiting in late 1980’s, there were dusty roads and no middle class. I think they are in cultural shock.”

He says that working conditions and poverty aren’t quite as portrayed in the media. “There is a system where the government look after the poor, which is different from countries like India. In China people don’t lose their pride and there is still a real work ethic visible. He also explains that employees have the upper hand in factories because the traditional model of migrating from North to South to work for a few years then returning with money is fast vanishing. “A number of factories have opened in the North which means it is proving harder to get employees in the South. Many school leavers will make group decisions about where they will work to move together and have a lifestyle.” Says Simon. “There is also a lot more government legislation and people are generally more discerning.” The Chinese also get thirteen months salary a year, with one month being a bonus on Chinese New Year. “Salaries are going up about thirty percent per annum and new negotiations happen straight after the bonus is paid.”

He says that despite the tech revolution, many factories don’t have access to technology and electricity can be patchy with some regions taking their turn to miss electricity for a day. Parts for equipment are not easy to come by either so when machines break, they just break. “They don’t have a hardware store on the street corner. You can’t just go to the shop and fix things. It makes you realise that they have little choice to partner with countries like Sudan to find energy and supplies when the rest of the world is monopolising existing resources.” Demand for parts is also incredibly high. “It means that someone can come in and place a six month order for a particular item and anyone else who then also needs that too, won’t be able to get it. They will have to wait six months along with everyone else.”

Moving to the global economic downturn, Simon doesn’t expect problems to hit him or the jewellery industry. “It may put the squeeze on mass market producers as people move to quality offerings to get the ‘Antiques Roadshow effect’ of passing items along to children, but it won’t affect the top end.” He says. “Although metal prices are a difficult area. Rhodium used in fashion jewellery and to coat white gold used to be $380 an ounce five years ago, it’s around $9,000 an ounce now. People are looking for replicas with tin, zinc and copper and a huge amount of investment is going into electroplating companies.” He agrees with most that there will be a world shortage of gold and platinum (although many believe the change from using platinum for catalytic converters to other metals will ease that problem). Strangely cars benefit from this work as much of their components are made in similar ways. “Germany is leading the field in new plating technologies now.” He says.

Of his own position, Simon who banks with RBS and Coutts, thinks the nice thing about being a sole shareholder is the lack of politics. “Your boss is your customer and decisions are made based on experience and often ideology and pragmatism are the two opposing forces.” Simon believes that running a business is about motivating people. “Its not just a transaction of skills for money. It’s best to find a shared interest with people to help the relationship work. I don’t believe in merchanting. I want my relationships or collaborations with clients to be long term and sustainable. Its pointless, restarting with new clients all the time, its too much hard work. Its much easier to work out sticking points with existing clients and what puts a smile on their face.” My job, although removed from the consumer, is to help fulfil dreams and I don’t forget that. People need that more than ever in hard times. I’m motivated by seeing peoples reaction to wearing jewellery. It makes them light up and even in countries where people have nothing, they still treasure a gold bangle or necklace as though it has some sort of deep spiritual connection.” 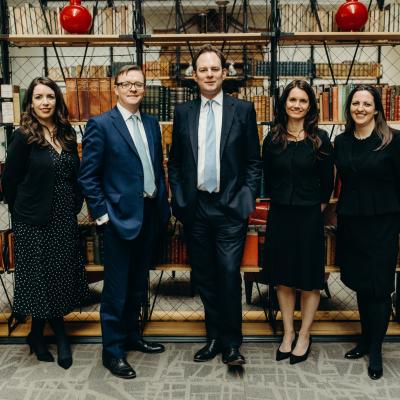 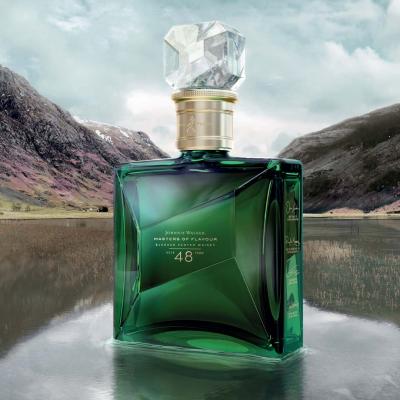