Two years after the purchase of Hildebrandt, Thomson set their sights on another stalwart consultant in Baker Robbins completing both purchases in the month of January but with a two year time gap. (Hildebrandt Jan 2005 and Baker Robbins Jan 2007).

Although there is much speculation that Baker Robbins won’t be able to remain independent in this corporate structure with a host who has many products to sell to law firms, market commentary confirms that Hildebrandt, who were acquired two years before Baker Robbins, have successfully managed this task.

David Baker, Chairman at Baker Robbins, is undoubtedly one of the worlds tech brains and would make great company for a night of beer and in depth tech discussions. You just have to mention DM, WANG, mainframes and PC’s and he is off talking passionately about his past and the tech world and problems law firms are facing.

He started life as many of you did in a completely different area: architecture. In 1973 after finishing a degree in architecture he started work in a government office using his quantitative skills for drafting but soon became interested in the tech side of the business. To set himself off on a new career he went back to school and took another degree in architecture, biased toward computer science. This led to him later becoming part of the first team that developed a CAD (computer aided design) system.

David joined Arthur Anderson in 1980 and became their lead tech consultant advising law firms. He says, “The key issues then were practice management and word processing which was dominated by WANG. There was some software that still concentrated on image processing as well which later, in a fire sale, became the Windows image viewer written in WANG code.” We digress a moment to talk about WANG’s disappearance which has become as legendary as the Titanic sinking. “Their downfall was pushing into the PC business without realising that there needed to be standardisation and that margins would be small. They concentrated on proprietary projects which ended up unravelling them financially.”

David says back then the big PMS supplier was a company called PSS based out in Phoenix, USA. They dominated the top 100 law firm charts with law firm accounting and litigation support. “They later sold out to Infomatics.” Says David. PSS were good for larger firms providing automation of processes but went the way of WANG. They made several attempts to create a next generation product but all failed. Half the problem is that even though academic studies show we only use 10% of our computer capacity, vendors are burdened with producing complicated things to market which often aren’t used.”
A break through for the legal sector came in 1987 with the development of Elite, by Alan Rich, who now concentrates on capital investment for tech vendors. “It was a family business who managed to successfully turn their software into a market leading product. Infomatics couldn’t keep their software fresh but Elite did and have continued to do so.” Says David.

Continuing David confirms that Baker Robbins & Co never take money from vendors for recommendations and this will continue with the Thomson tie up. Although he concedes. “Our relationship is a symbiotic one with vendors: we rely on them to provide technical help and have to work closely with them. It’s the subtle art of co-operation which is essential.”
Also back at this time, the 1980’s, David says he was keen to get PC’s on to desktops. “I like to look at ways to apply technology in different ways and knew this could make a real difference.”

Of the Baker Robbins business David explains their methods. “We focus on evolution of the business but have realised that in doing so we create more problems. For instance once we had got PC’s on desktops, PC networks ended up forcing the fee earner to manage their data. It meant a document management problem to address.” In 1998 he he sat down with a company called Soft Solutions in Utah, to come up with the concept of document management software. “Others supplanted it in the end.” Says David. “Because it couldn’t scale up but even new vendors like iManage (now Interwoven) brought new problems for record retention and litigation hold (preserving all papers including digital in one space pending a litigation).

David says there has been over engineering and categorisation of systems which married with best practices altering over time has caused what he calls “perfect storms” – times when there are great opportunities for vendors to sell products. This naturally leads me to ask if Baker Robbins advise vendors but David is reticent. “We try never to favour anyone and work with them all. Its part of our core belief that we need to keep a level playing field.”

With around a hundred staff at Baker Robbins, David says he took a year to complete due diligence on the transaction with Thomson. “We had to vet the concept of remaining independent.”

Before the buyout Brad and David owned “more than fifty percent” of the company with a “dozen or so more shareholders” which included key staff selected because of “leadership and business development qualities.” In the new entity neither have any shareholdings but David says they have been incentivised to do well.

He says of his reasons for the buyout were that he realised they would eventually hit a plateau. “All organisations do. We knew it meant we would have to do something different or change the model we were working with.” Continuing he says. “People are our assembly line. Our best approach to business development was getting seasoned individuals in front of clients to show them we could make their pain go away. It held us in one spot and created a dilemma, we needed new skills to work out how to grow. We were always resource bound, although a hundred staff sounds a lot, we needed more people to do things our way and didn’t believe in sub contracting. Thomsons involvement allows us to attract more of the right staff with their balance sheet behind us.”

Critics say that as law firms become more sophisticated over the generations of their software, advice from organisations like Baker Robbins was becoming less necessary, something that may have caused them to worry about the future, which may be another reason for the sale. David disagrees. “Things that occur for the first time like DM are more labour intensive and law firms definitely develop more experience and business trails off. It wasn’t a problem though, we have a look ahead mentality and are students of the industry. Looking ahead, tells us that solutions create new problems which helped us re cast our practice many times over the years. We could have just kept doing this.”

Of the forward momentum in the company, Brad and David continue to be in charge but report to David Hanssens, President of Consulting Services for Thomson. David says of the change that it’s “early days” to make any judgements but that David was at Bain Consulting previously so understands how change works. “He integrated West professionally and with understanding. He was also able to articulate the need for professional services and underline how important they would be in the implementation of products for Thomson. He realised this and brought Thomson to Hildebrandt to gather strategy and process skills. He did the same with us to bring in technology and process expertise. It all helped that we had a previous alliance with Hildebrandt and had been working with them for some time.

As we have an expert in our midst I ask him for his top three things that he thinks will change our landscape, we get onto topic one and no further as it expands from a comment to a chapter. “I think Microsoft will become a challenger to third party software suppliers particularly in the records and DM space. Before the Vista launch, Microsoft were working on a Vista file service but pulled it because they realised it would change everything that existed so far, including long standing partnership agreements.” He reflects for a moment. “It would have been like something HP brought out called “NewWave” some years ago. It would have a development language on documents that would trigger actions for workflow with wizards to show fee earners how to proceed with information embedded in the documents. With NewWave this was possible but with added horse power from Microsoft it could start to take over search functions, DM, litigation readiness and KM. It could upset all the current relationships and systems in the market today. It’s hard to know where they will go with it now or what the implications will be.”

A guide to making M&A work: part four – Watching out for fraud

This fourth and final article in this M&A Mini Series deals with the issue of fraud. END_OF_DOCUMENT_TOKEN_TO_BE_REPLACED 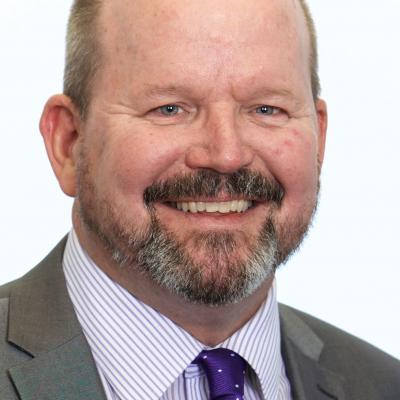