Janet Day goes together with Berwin Leighton Paisner as cheese does with pickle but she spent a substantial portion of her career, over twenty years at Allen & Overy running a large support group at the firm. She says of her move from support to
technology that she wasn’t quite sure she planned to end up as an IT Director, however her role involved managing documents which meant she was the first person the management team called when the topic was being discussed.

As document expertise became more important to law firms, she naturally gravitated to the IT role and two decades passed
happily until she understandably grew restless. She decided to
depart the safety of a large law firm to set up a consultancy and so set up in practice with the finance director from Allen & Overy at the time. “I’d been with the firm so long I thought I should see if there was a real world out there.” She says.

The plan of the new consultancy was to help small to medium sized law firms with their technology.In essence to offer magic
circle, top tier technology advice to firms who could only dream of affording such expertise. The consultancy went from
strength to strength listing many well know law firms and “many not” as clients for more than six years.

Working on one of these consultancy projects with Berwin Leighton Paisner in 1996 she spent more than a year at the firm
before management tackled her to ask if she would stay. It took some persuading but in 1997 she agreed and took the IT Director role at the firm.

The first thing she says she did was get to get PC’s on to everyone’s desks. “They were around, but email was only just
starting as a means of communication.” She explains wryly that most of the tech’ industry was caught up with questioning the security of email without understanding the force that was about to hit.

Of Berwin Leighton Paisner, she says there was some work to do.
“They were relatively techimmature.” Which she says was one of the main reasons for bringing her expertise in house. “They had got behind the pace of other law firms and wanted to pull ahead again.”

After putting PC’s on desks she said the second grand project was an internal marketing one. “We did an awful lot of awareness raising. It was so that partners understood what
technology could do for them.” She also set about professionalising the tech team” because she says she was conscious that lawyers had historically ranked support teams as
less important than themselves. “Lawyers can be understandably elitist sometimes.” She says. “I spent time training staff
and made sure they all undertook formal training like MSc and MCP exams to bring them on a par with the fee earners.”

I ask why she thinks education is so important. She comments. “I think you need to know how to do your job properly and if
you don’t give staff the educational armoury they need then you are ensuring they won’t do their jobs as well as they could. I think it’s very important to make investment in people.”

She explains why. “No law firm would dream of sending lawyers out untrained, unable to communicate and without all the answers so why do this with your technology staff? It’s a no brainer but often education and training gets sidelined when I think it should be a mainstream activity.”

Of their internal technology, Janet says. “We have a traditional IT environment: servers doing a standard job and
we run applications on the desktops. We have Elite for practice management, Interwoven for document management, Microsoft 2003 and Interface InterAction.

As Janet is arguably one of the most impressive users of Interface InterAction within law firms, I ask for more information on her work with the application. “We’ve made a big deal out of it and spent a lot of time training staff so they
understand how to use it and what they can and can’t find in it. We’ve made it clear what answers lie within.” She says she spent considerable time on this because she believes CRM is
important not just for law firms but anyone doing business. “You need to have the best quality information possible: I really don’t know how you can do business properly without it.”
Janet worked hard to make sure the information was exactly what the staff needed and says. “We didn’t stick with traightforward vanilla options.”

A recent surprise for modest Janet was the revelation that Interface InterAction is now the second most used software in the firm, above internet explorer. She explains “We auto logged users and suspected that Outlook would come first and the second one I thought, would be internet explorer: it was pleasing to see usage so high although I suppose it was logical because it helps with internal information.” I ask why she wanted to review usage. She explains. “It was for a number of
reasons. We wanted to make sure the investments we had made were the right investments. Also so we can think about what we are using heavily and making sure this software is optimised.”

She adds an interesting remark. “It backed up our decision to spend time getting the data right and moulding it to how we wanted it to work.” I ask if this means she sometimes worries
about her decisions. She is frank. “Endlessly!” Then explains further. “I worry that things aren’t working how they should and aren’t adding value. I suspect this is part of being committed to your work: you do worry in order to get it right.”
She confesses that she does exude impatience when things aren’t right but says this draws from a genuine desire for users to get benefits from the implementations then says: “I do have sleepless nights about decisions I’ve made and things I could have done differently.”

The Berwin Leighton Paisner IT team has thirty six full time
members who serve four offices in Paris, Singapore, Brussels and London, looking after twelve hundred staff. Janet comments. “I think it’s in proportion but it may be lighter than other firms of our size. I don’t have set plans to travel to each office regularly but do visit them fairly frequently.”

Her longest implementation was a system change over from Office 2000 to 2003. “We changed all the back end servers and DM which
was Hummingbird but has now changed to Interwoven.” The gravitation was undertaken in record time, to be precise, one
weekend. She comments. “We reasoned that whatever we did it was going to be disruptive but our main focus was minimum disruption and confusion for fee earners. In essence we knew we
had to change Office and knew we were going to walk away from
Hummingbird because the direction it was going in wasn’t right for us. We sat down and just thought about what method would
get us out of a potentially difficult situation and one weekend of hard work was the conclusion: so the whole tech team agreed
to come in to get the job done – obviously after some groundwork and prep’. We started work on Friday night and pretty much worked straight thought until Sunday.” Janet adds. “We thought it would just be complicated trading documents if
staff were using different systems. I didn’t want to create problems.”

She agrees the move was extraordinary and says. “We did it all ourselves but took the decision to also bring in a hundred secretaries on the Sunday to test and learn the new system as well as to iron out the bugs.” In retrospect she says this prove a solid decision: “afterwards they felt they had ownership and were pleased to help others find documents on
the system.” She adds. “We try and keep users heavily involved. I think you have to harness support staff when implementing
technology. To work as an IT island is not sensible.”

And on the legal or not legal systems debate? “I think we are
pretty good at making anything work, but I would prefer to use
legally orientated software. I am intolerant of systems going down and spend time testing everything we do before going live.” I ask what this means in practice. She says: “Everything we roll out has been running in the IT department for some time, for instance we were running Office 2003 for a year before it went out to the firm at large. It meant we knew what would go wrong and what users would and wouldn’t like.”

Despite being a consultant, she says she rarely hires them herself. “We do believe in using our own skills to gather knowledge.”

Finishing the interview she explains her view on the Windows mobile versus Blackberry debate: “We have the usual mixture of mobile devices including Microsoft Active Sync. There are a number of reasons why we’ve gone this route but mainly it’s
because I think Microsoft will dominate the mobile working space in years to come. I would prefer to be in early than last through the gate.”

END_OF_DOCUMENT_TOKEN_TO_BE_REPLACED 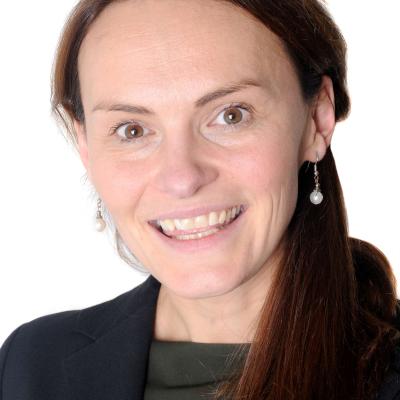 Thesis Asset Management has hired Alice Farrer as an investment manager as part of its ambitious growth plans. END_OF_DOCUMENT_TOKEN_TO_BE_REPLACED