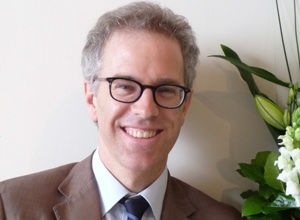 Sebastian Kuhn, European ceramics and glass department expert at Bonhams, says that there is usually greater interest among collectors in the area that the pottery was made.

What kind of ceramics do UHNWs buy?

It depends on the collector’s taste. For example, collectors interested in Italian Renaissance ceramics at the highest level look for works painted and signed by the best artists, such as Francesco Xanto Avelli and Nicola da Urbino. Among later works of the 17th and 18th centuries, Dutch Delft earthenware porcelain of the type made for William and Mary at Hampton Court Palace would be among the most sought-after.

Was the ceramics market affected by the 2008 financial crisis?

Broadly speaking, it was affected to the same extent as the rest of the art market. Demand for the rarest and most exceptional pieces is as strong as ever, while the rest of the market is more selective and prices did go down.

Who are the buyers?

Often, collectors of European ceramics are mostly based in Europe and the US. There is more interest among Asian collectors for European porcelain than there is for pottery. Numerically speaking, there is usually greater interest among collectors in the area that the pottery was made; so, Italian pottery is more collected in Italy, German in Germany, and so on.

What is the highest price you’ve seen ceramic work sold for?

At auction in Paris, ‚Ç¨1,185,000 for an Italian Maiolica dish from the Renaissance period, part of a service made for Isabella d’Este, a political figure from the 1500 and painted by Nicola da Urbino an Italian ceramicist who decorated his work with historical and mythical scenes.

One thing about Fort Lauderdale is you find really talented live entertainment.  On the famous street Las Olas you can ‘go cheap’ and cheerful or at the other end of the scale cocktails and Lamborghinis all within a few yards of each other.  When I was dining out at Jacksons

END_OF_DOCUMENT_TOKEN_TO_BE_REPLACED

Citywealth caught up with David Lawrence the UK CEO of wealth management business Kingswood to find out what's been keeping him busy since taking on the role at the end of 2020. END_OF_DOCUMENT_TOKEN_TO_BE_REPLACED