In our last bulletin in mid December, we reported that we were reviewing our equity exposure given the relative strength of risk assets against a background of contraction in the eurozone. As a consequence of this, we initiated a partial reduction in equity exposure in the run up to Christmas. For the majority of portfolios that we manage, this has left equity exposure at around 20 per cent below target.

Undoubtedly, the data coming from the US has improved but we feel that this could rapidly be overshadowed by a further deterioration in eurozone sovereign finances. There are a number of potential ‘banana skins’ as discussed below. However, whilst we are consolidating our defensive position in the short term to protect from a market pull-back, we are not ‘perma-bears’ – in fact, quite the opposite. We are keen to buy assets at depressed valuations, although we feel that the current time might be a little premature.

Another strong start to the year: is this 2011 all over again? Wall Street pundits are serenely forecasting returns for the S&P 500 over 2012 of between 2 per cent and +19 per cent. We have less confidence in predicting the level of the index in 12 months’ time, but we do confidently predict that volatility in all markets will remain high (on both the upside and the downside) as political and macroeconomic uncertainties persist around the globe. This makes us cautious in our approach to risk assets today. The silver lining to this is that we anticipate that markets will present attractive opportunities to add risk during the year – and our cautious positioning will enable us to take advantage of these opportunities when they arise.

The rally that began in late December has so far raised global equity markets by five per cent. Over the last fortnight, global equities are up 1.1 per cent, with the S&P 500 in line with that, Japan slightly below, MSCI Europe ahead at +1.8 per cent, and the UK leading the major developed markets at +2.5 per cent (all in local currency terms, including dividends). Emerging markets in general have been approximately flat in local currency terms, with a notably weak performance from China (the Shanghai Composite index fell by 1.9 per cent over the period). We note that the last two trading days have seen a strong reversal of this downward trend as the Chinese Premier Wen has announced his intention to open up China’s domestic equity markets to foreign investors, and with those markets at 14 year lows on price to earnings and price to book value, we will be keeping a close eye on developments here.

The more accommodative stance being signalled by the ECB (including the ‚Ç¨489 billion three year loan facility, and appointment of Belgium’s Peter Praet as chief economist) has weighed heavily on the single currency: the euro has fallen by over 10 per cent from its October high of $1.42 to approximately $1.27 at the end of last week. Meanwhile the US dollar has been on a tear, with the trade-weighted DXY dollar index rising by over 10 per cent from its August low.

The fixed income markets in Europe have continued their divergent paths of last year, with Italian 10 year government bond yields back above the closely-watched seven per cent level, while German 10 year yields are well below two per cent. US 10 year yields also remain below two per cent, and Swiss 10 year government bonds hit a new all-time low yield of 0.65 per cent at the end of the year. We note that German one year paper currently has a negative yield – jittery investors are actually paying the German government for the privilege of lending it their money!

Macro data in the US continue to improve, with the last fortnight producing a relatively healthy manufacturing PMI (Purchasing Manager Index), some decent improvement in consumer confidence surveys, and strong employment numbers. Can this continue to improve? Yes, we believe it can, as these data points can provide a self-reinforcing ‘virtuous cycle’. Will we return to pre-crisis GDP growth levels? Probably not, given that we are only part way through a long-term de-levering cycle, as eloquently described by the economist Richard Koo, and hedge fund manager Ray Dalio (manager of Bridgewater, one of the largest, and most successful, hedge funds active today). The chart below shows US household liabilities as a percentage of GDP. A return to year 2000 levels (when the most recent credit bubble really took off), would require households to pay down debt equal to some 20 per cent of GDP. This is likely to provide a significant headwind to economic growth over the next 10 years!

In the near term, US households have reduced their liabilities rapidly over the last two years, and the consumer is clearly feeling more comfortable, as suggested by the fall in the savings rate from almost 6 per cent in the middle of 2010 to 3.5 per cent currently, and by personal consumption expenditure, which is showing quite robust growth of 1.7 per cent year on year. However we question how long this can continue, when the household debt service ratio (debt payments to disposable personal income) is only likely to move in one direction from its current near 20 year low of 11.1 per cent.

The European situation remains a ‘known unknown’, and we have not yet seen any solution emerge which would solve the crisis once and for all. We are in fact sceptical that there can be any such permanent solution given the competitive imbalances within the Union – but remain very conscious that an ECB-led monetary solution could provide a resilient sticking plaster for a number of years ahead, and one which would be very well received by equity and non-core sovereign debt markets. Risks abound, with leading indicators in the region suggestive of a mild recession ahead, Italian 10 year bond yields back above seven per cent, political ructions in Hungary, and continued wrangling about the terms of the Greek bailout; however, bad news often precedes the best times to invest, and equity prices here (on both Shiller and forward price / earnings ratios of approximately 10x) are beginning to discount a very negative outcome. We note that since the market peak in 2007, European equities have underperformed their US counterparts by some 30 per cent (in comparable currency terms). We will be looking for opportunities to add to our European exposure on further material underperformance, or if the market offers us a price it is difficult to refuse.

Touching on emerging markets, the Chinese seem for the moment to be managing a ‘soft landing’, and our EM fund managers believe they have the means to do so. Our commodity futures manager pointed out that he had never seen Chinese copper imports so strong, which is not suggestive of an economy on the point of collapse. However new risks are emerging in the Middle East, with the rising tensions between Iran and Israel (and the US) in the Strait of Hormuz, through which 20 per cent of the world’s oil trade passed in 2011. The commodity analysts at French investment bank Société Générale predict that an EU embargo on Iranian oil would result in Brent crude oil prices at $125-150 per barrel (up from $113 currently), and that were Iran to close the Strait entirely, oil could quickly spike to $200. This would not be positive for global consumer demand, to say the least.

What does all this mean for asset markets? It means, as we wrote above, a lot of volatility, as investors continue to vacillate between hope and fear on a weekly basis. It means ‘fat tails’ on both the upside and the downside – in other words, that the chances of an extreme outcome are relatively high. It means, in short, that our relatively cautious positioning and focus on high quality assets – consensual as it may have become – remains the correct one to navigate the choppy waters ahead.

END_OF_DOCUMENT_TOKEN_TO_BE_REPLACED 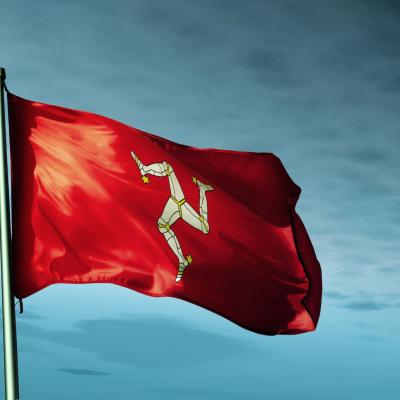 With a personal tax liability cap of ¬£125,000 per year, a top rate of personal tax of twenty percent, and no capital gains or inheritance tax, the Isle of Man's Department of Economic Development is working hard to attract more businesses and UHNWs to its shores. END_OF_DOCUMENT_TOKEN_TO_BE_REPLACED