On January 9th, 2012, the IRS announced that it is implementing a third offshore voluntary disclosure program for people with unreported offshore accounts to come into full compliance with their tax obligations. The 2012 Offshore Voluntary Disclosure Initiative (OVDI) offers reduced penalties for taxpayers who failed to report non-U.S. financial accounts and assets on an FBAR (IRS Form TD F 90-22.1‚ÄîReport of Foreign Bank and Financial Accounts) and who failed to report income from those accounts and assets on their U.S. income tax returns but who come forward before the IRS identifies them.

In 2009 and 2011, the IRS offered similar voluntary disclosure programs to which over 30,000 taxpayers came forward. The 2012 OVDI is in response to the success of the 2009 and 2011 programs and continued interest from taxpayers and practitioners. Those who came forward after the 2011 OVDI which ended on September 9th, 2011, are eligible for the 2012 OVDI. Those who come forward under the 2012 OVDI can mitigate their risk of criminal prosecution.

The civil penalty scheme under the 2012 OVDI is as follows:

2. a 20 percent accuracy-related penalty or delinquency (late filing and late payment) penalties on the amount of U.S. income tax that should have been paid during the lookback period on any unreported income. The look-back period for the 2012 OVDI is eight years (2003 through 2010).

A taxpayer with offshore accounts or assets that, in the aggregate, did not surpass $75,000 in any calendar year covered by the 2012 OVDI will qualify for the 12.5 percent rate offered under the prior programs. A five percent rate may also apply in certain circumstances, including for long-term nonresidents of the United States who have a de minimis amount of U.S. source income and have been compliant with their tax obligations in their country of residence.

Unlike the 2009 and 2011 OVDI programs, there is no set deadline for applications under the 2012 OVDI. However, the IRS indicated that the terms of the program could change at any time. The IRS could also decide to end the program at any point. Hence, it behooves an affected taxpayer to begin the OVDI process as soon as possible.

Taxpayers participating in the 2012 OVDI must submit all original and amended tax returns and information returns (including FBARs) for the 2003 through 2010 years and must pay back taxes, interest, the applicable one-time penalty on the highest aggregate annual balance in the unreported accounts, and the 20 percent accuracy-related penalty or delinquency (late filing and late payment) penalties. As with the 2009 and 2011 programs, persons who feel that the penalty applicable to them under the 2012 OVDI is disproportionate may opt out of the program and undergo an examination to try to get the IRS to impose a lesser penalty.

Moreover, the IRS indicated that it is currently developing procedures by which dual citizens and others who are delinquent in filing but owe no U.S. tax can come into compliance with the U.S. tax laws. On December 9, 2011, the IRS released Fact Sheet 2011-13 providing guidance to U.S. citizens residing outside the U.S. who have failed to file U.S. tax returns and information returns, including FBARs. The Fact Sheet recommends that such taxpayers go back six years (2005 through
2010) and indicates that the IRS may consider reasonable cause arguments for waiver of penalties for failure to file U.S. tax returns and FBARs. At this time, it is unclear whether a person covered by the Fact Sheet should follow its guidelines or come forward under the terms of the 2012 OVDI.

In announcing the 2012 OVDI, IRS Commissioner Douglas H. Shulman warned taxpayers that the IRS is “following more leads and the risk for people who do not come in continues to increase.” However, there remain unanswered questions about the 2012 OVDI, particularly with respect to dual citizens and other

“Russian collectors entered the international art market in the mid 2000s, with a bang,” Says Quintessentially Art MD, Gary Krimershmoys, “Because they didn’t trust art dealers, they gravitated toward the auction houses to make their purchases. They liked the excitement of bidding against others and appreciated the due diligence they […] END_OF_DOCUMENT_TOKEN_TO_BE_REPLACED 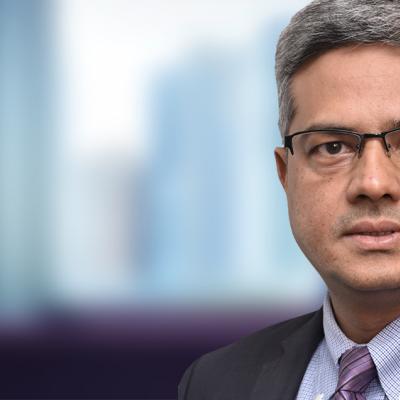 Barclays has announced today that Sandeep Das will be joining as Head of Private Clients - India in Private Bank & Overseas Services. END_OF_DOCUMENT_TOKEN_TO_BE_REPLACED