“The term “goldilocks economy”, Chris Cruden, CEO of Insch Capital Management Switzerland says, is credited to David Shulman of Salomon Brothers who wrote “The Goldilocks Economy: Keeping the Bears at Bay” in March 1992.”The term refers to an economic situation that doesn’t move either way – its neither hot or cold. “Since that time,” says Chris who just launched a Goldilocks fund, “it has popped up at various times and has been applied to a variety of markets and financial situations. Just this month UBS and Sarasin Bank in Switzerland used the expression in their market economic reports.”

In these reports, Guy Monson the Sarasin Chairman of the Investment Policy Committee says, “The Goldilocks scenario where growth is strong enough to lift earning but too fragile for Central Bank tightening – has now become a strong feature in our strategy – investors can now escape near zero cash yields.” Sarasin concludes by saying “we recommend an increase in physical gold positions.”

Cruden, who livesin Lugano, Switzerland said “gold is regarded as a safe haven, an inflation hedge and a currency in its own right. Whatever lies ahead for global economies we see investor concerns concentrated on capital protection.”

A hybrid investment product, 80% of the Principal is allocated to a portfolio of gold notes linked to the GOLDLNPM Index and 20% to an actively managed currency enhancement programe with a 4:1 leverage.
Full capital protection is given to the gold notes portion and protection is also offered to part of the currency component. “The currency portion only sees 10% at risk because we use a trailing 50% stop-loss system.” Says Cruden.

Goldilocks will automatically redeem in five years but investors can dispose of their holding on a monthly basis with the administrator or through a secondary market facility offered by Prometo offering daily liquidity.

The banks issuing the Gold Notes have A+ or better at the time of issue. The depository and payment bank they are using is Liechtensteinische Landesbank (Switzerland) which is AAA rated.

Goldilocks which is US dollar denominated opens for subscription on 26th October 2009 until 27th November after which no new subscriptions will be taken. Entry level into the fund is ¬£200,000. The fund size is ¬£25million.

There is no subscription fee. Management fee is 50 basis points a year with a 20% performance fee per quarter. 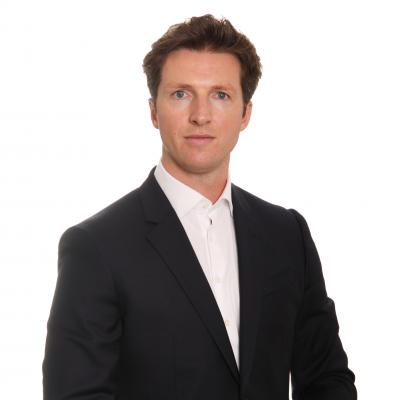 Citywealth spoke to Alistair Robertson, private client partner at Fieldfisher about his recent accomplishments, including a team move from Linklaters in 2019. END_OF_DOCUMENT_TOKEN_TO_BE_REPLACED

Keith Baird, financials analyst at CFE, says that while wealth managers face a range of pressures, existing players can thrive with the right integrated strategy. END_OF_DOCUMENT_TOKEN_TO_BE_REPLACED