Inés Alberdi of Spain is the new Executive Director of the United Nations Development Fund for Women, UNIFEM

Inés Alberdi has worked for over 25 years on gender issues and in politics. She comes to UNIFEM from her previous position as Professor of Sociology at Madrid University where she has taught Political Sociology and Sociology of Gender since 1993. Prior to that, she was Director for Research at the Centre for Sociological Research (1992-1993). Ms. Alberdi has published extensively on family and women’s issues. Her distinguished academic career also included positions as Associate Researcher at George Washington University, Washington, DC (1988-1989), and Visiting Scholar in the Department of Sociology at Georgetown University, Washington, DC (1978-1979), as well as an Eisenhower Fellowship (1998).

From 2003 to 2007, Inés Alberdi was an elected Deputy in the Madrid Assembly. She served as an expert for the Equal Opportunities Unit of the European Commission on the networks Family and Work and Diversification of Occupational Choices for Women (1998-2000) and worked for the Inter-American Bank as Adviser for Women in Development (1989-1990). She also served as a Member of the Board of INSTRAW, the United Nations International Research and Training Institute for the Advancement of Women (1986-1989).

“I am delighted to take on my new responsibilities,” said Ms. Alberdi of her appointment. “I come with high hopes and am determined to make my contribution. For me, UNIFEM has been a key reference in the struggle for women’s rights and gender equality throughout the years. I want the organization to continue to be at the cutting edge of these issues and will dedicate all my efforts to this,” she added.
Inés Alberdi is the fourth Executive Director of UNIFEM. She succeeds Noeleen Heyzer of Singapore (1994-2007), Sharon Capeling-Alakija of Canada (1989-1994) and Margaret Snyder of the USA (1978-1989).

UNIFEM is the women’s fund at the United Nations. It provides financial and technical assistance to innovative programmes and strategies to foster women’s empowerment and gender equality. Placing the advancement of women’s human rights at the centre of all of its efforts, UNIFEM focuses its activities on reducing feminized poverty; ending violence against women; reversing the spread of HIV/AIDS among women and girls; and achieving gender equality in democratic governance in times of peace as well as war.

Meet the Leaders of Tomorrow

The workplace we used to know is shifting as new generations enter the workforce with unique perspectives on how to inspire others to take action for a better world. The skills that leaders will need to possess in the future are also changing and adapting to the new requirements of the working world END_OF_DOCUMENT_TOKEN_TO_BE_REPLACED 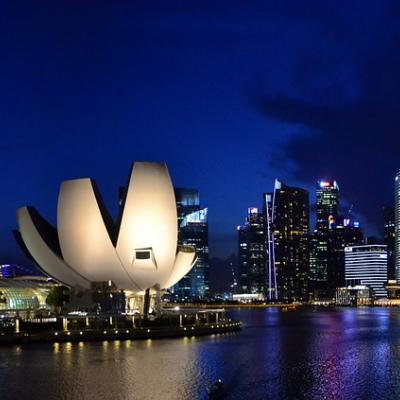 The licence, issued by the MAS, enables Hawksford to provide trust services to private and corporate clients seeking regulated trust services in one of Asia's premier financial centres. END_OF_DOCUMENT_TOKEN_TO_BE_REPLACED