In Japan, China and Korea, ceramics are linked to spirituality 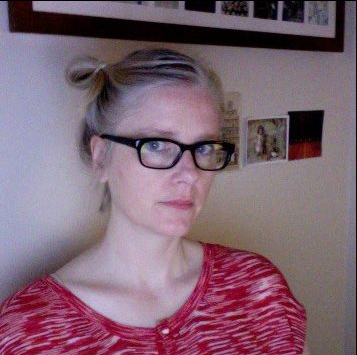 Michelle Molyneux, director of the Crafts Potter Association of Great Britain, also says collectors from the House of Lords carry on family traditions of retaining pieces of British history that reflect British tradition.

What is the appeal of collecting ceramics?

‚ÄãLike art, private collectors acquire ceramic work because they want to enjoy the pieces they select in their own environment or for investment purposes. Anthony Shaw of York Art Gallery is one such collector who has amassed more than 3,000 pieces of ceramic art. His collection is now on long term loan to York’s Museum Trust. Recently, at Ceramic Art London, which is a contemporary ceramics fair, I spoke with a woman’s who’s late husband began buying work from Bernard Leach in the 1960’s. He is considered one of the great figures of the twentieth century, and she now has over 120 of his works in her home.

What kind of ceramics do UHNW’s buy?

‚ÄãSome collectors seek out ceramics that they can invest in, rather than live with and enjoy. These collectors look at work where there is a precedence, where the maker is featured in mainstream media, recognised by designers for film set decoration or someone like Grayson Perry, who is also recognised by major art institutions. The majority of collectors, however, buy ceramics because they are tactile, functionaland aesthetic.

Is the UK ceramics art market different from other countries?

Traditional potters are well supported throughout Britain. Collectors from the House of Lords, for instance, carry on family traditions of retaining pieces of British history that reflect British tradition. In Japan, China and Korea, ceramics are often linked to spirituality. North American collectors look for outstanding features.

What is the highest price you’ve seen a ceramic work sold for?

‚ÄãWhen the 350 piece private collection of the late Alan and Pat Firth was discovered last year, in their modest home, it contained, amongst other objects, a Hans Coper abstract piece that reportedly sold for ¬£50,025. Coper was a German born British studio potter whose work is now found in major museums like the Victoria and Albert. The entire ceramics collection made ¬£1million.

Should ceramic work be practical?

No. Ceramics are very personal and tactile so we can have a bond with an object by touching, holding, hugging or using it.‚Äã

‚ÄãThere is a tension between functional potters and contemporary artists using ceramics to realise their ideas.‚Äã I think these two streams are relevant and both can co-exist. Ceramics is wide-ranging and it’s down to makers to keep creating whatever they want and for everyone else to try to figure out what’s going on.

Comments from Investment Managers of the Pictet Thematic Funds

After a tough year for farmers in 2009 due to the fall in crop prices, 2010 appears far more promising for the entire sector. Farm spending was reduced in 2009 owing to lower crop prices and low credit availability, but we expect both to improve in 2010, driving fertilisers, crop protection and f

END_OF_DOCUMENT_TOKEN_TO_BE_REPLACED

The question is: how effective such a system will be? END_OF_DOCUMENT_TOKEN_TO_BE_REPLACED