Fondation Philanthropia, the charitable foundation created to support the philanthropic initiatives of Lombard Odier’s clients, provided assistance of nearly CHF 3.3mn to 30 organisations last year.These figures are taken from the foundation’s annual report, which was published on Wednesday 4th July.

Three years after its creation, Fondation Philanthropia continues to post strong growth. This dynamism is evidence of increasing demand among private clients for professional and impartial expertise in philanthropy.

“Donors are now just as concerned about effectiveness and results in their philanthropic engagements as they are in their working lives,” says Karin Jestin, a member of the Board of Fondation Philanthropia and Head of Philanthropy at Lombard Odier.

A prime example of this is the recent announcement of a major partnership between Fondation Philanthropia and the Ch√¢teau de Versailles for projects including the restoration of the Latona Fountain. During 2011, Fondation Philanthropia funded some 30 organisations, with total paid or committed donations of approximately CHF 3.3mn. Among its areas of involvement, humanitarian and social causes formed the biggest proportion of total donations (50 per cent), followed by medical and scientific research (35 per cent), culture and education (7.5 per cent) and the environment and sustainable development (7.5 per cent). This distribution is an interesting reflection of broad trends in philanthropic engagement during the year, according to the foundation.The action taken by the Kenyan Red Cross Society during the food crisis that struck the Horn of Africa in 2011, backed by the foundation’s support, is a good illustration of this focus on humanitarian causes.

The annual report also shows the diversity in terms of size of the organisations chosen. Their budgets range between less than CHF 500,000 and more than CHF 10mn. The range includes the Association pour le droit √† l’initiative économique (Association for the Right to Economic Initiative), which supports the creation of micro-businesses, and the Centre de la Mémoire (Memory Centre), designed to develop a research cluster for degenerative neurological diseases. The foundation points out that organisational size cannot be a selection criterion as such, since donation strategy is based primarily on supporting the aspirations of donors.

“Our clients first of all want us to help them understand the challenges presented by the sector they want to get involved in, to structure their project, and, lastly, to assess its results and impact,” says Karin Jestin.

Through its existence, activity and structure, Fondation Philanthropia enables donor clients to simplify administrative procedures and to share structural costs. It facilitates the sharing of experience and maximises the effectiveness and impact of donations. With its attachment to Lombard Odier, an institution that is over two hundred years old, it also offers donors continuity of philanthropic engagement and respect for their wishes over the generations. Since its creation in 2008, it has committed over CHF 17mn to approximately 50 organisations.

Advice that Eugene would give to families in business now is to keep a sharp eye on the global economy. He says “there are many opportunities to work with partners in China or India that businesses need not be fearful of.” He also says that private equity transactions can be executed

END_OF_DOCUMENT_TOKEN_TO_BE_REPLACED 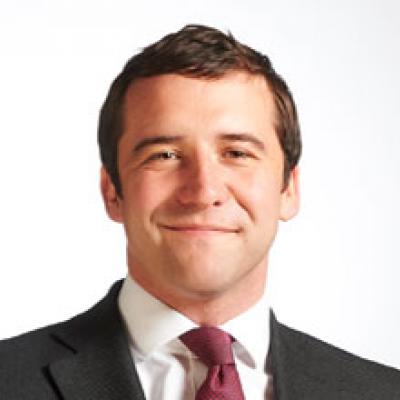 Nick Travis, partner in investment management at Smith & Williamson, says that the UK needs to concentrate more on scaling up its tech start-ups. END_OF_DOCUMENT_TOKEN_TO_BE_REPLACED