Female tech entrepreneurs are on the rise

Guy Rigby, partner at Smith & Williamson, also talks about the UK’s biggest tech industry selloffs and where does money go.

The UK has a reputation of a country where you can’t make big profits anymore. Is that true for the tech industry as well?

I don’t think this is true of any UK industry, but even less so for tech. Although some tech companies make more money than others, there is generally a good opportunity for profit.
Tech companies often take time to become profitable. Many raise venture capital because they need to attack big markets and win market share to grow. The idea is that once they grow to a certain size, profitability will follow.

What tech sectors have generated most private wealth in the UK in the past year?

Much of the UK tech industry is still in its infancy. There have been a number of deals in the past, including Lovefilm, Betfair and Just Eat.
Marketplaces like Just Park, a website that helps drivers find spare parking spaces, and Minicabit, an online cab-booking service that also compares cab prices, are on the up and there is an increasing number of crowdfunding businesses, such as Funding Circle and Crowdcube.

Where does money come from? Do you see more British or overseas investors?

I would say it’s mainly British capital and venture investors. Schemes such as SEIS & EIS – Seed Enterprise Investment Scheme and the Enterprise Investment Scheme – offer some interesting tax benefits for UK taxpayers investing in tech companies. However, on the institutional level, we see money increasingly coming from the US and other jurisdictions.

What were the big selloffs you’ve seen in the sector and where does money go?

One big selloff was DeepMind, a UK artificial intelligence start-up, that was sold to Google for reported $400 million. Generally, it’s the founders who sell their company and some money goes back to their original investors, who are often family and friends or business angels. Another part will go, via the venture capital firms, back to institutional investors, such as pension funds and insurance companies, who may recycle money to other investments.

The media often portray the tech sector as male dominated. Do you know of any successful British female tech entrepreneur?

There is a growing number of women in the tech sector. One of them is Sherry Coutu CBE, an angel investor in tech companies and author of The Scale-up report that urges the government to promote scale-ups as well as start-ups. Another example is Alicia Navarro, founder of Skimlinks, a company that helps digital publishers to monetize their online content.
As in every sector, female entrepreneurs are on the rise and although the change may be happening slowly, it’s definitely happening.

Tech industry and philanthropy : do we have any Mr & Mrs Gates in the UK?

We certainly don’t have anyone on that scale but lots of entrepreneurs make philanthropic donations. One of the emerging projects is Founders Forum for Good, run by David Goldberg. Through this initiative, entrepreneurs commit part of their shareholding in their company to a social cause, payable following the company’s sale.

END_OF_DOCUMENT_TOKEN_TO_BE_REPLACED 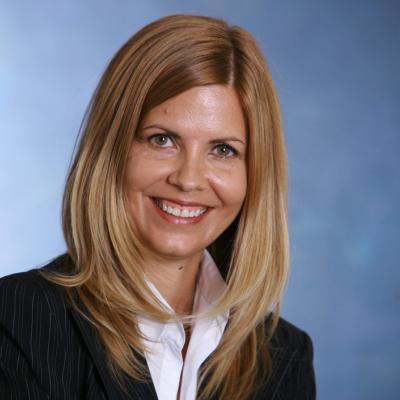 Belinda Ferré talks to Marcela Kunova about remaining confident in the UK's ability to continue to remain a global financial power in the aftermath of the Brexit vote. END_OF_DOCUMENT_TOKEN_TO_BE_REPLACED