“The father smiled down at his sleeping daughter and then made himself miserable by reflecting that one day she would grow old, bent and wrinkled, the sweet beauty would desiccate and disappear like dry leaves so that no one would know that it had ever been there. Seized by an impression of the preciousness of the ephemeral, he knelt down and kissed her on the cheek. He went to the kapheneion in a tragic mood that sat oddly with the serenity of a cloudless morning”.

This excerpt from Louis de Berniere’s Captain Corelli’s Mandolin – we are spending our summer holidays in Cephalonia, so I am re-living the sparkle of this book in anticipation – stands in this paper as a metaphor for love grown old; for passion that dies; for relationships that turn sour; and for harmony that mutates into disharmony.

Love and Hate: two sides of the same coin.

I could have chosen instead a passage from the book about the bloodiness of warfare, but us family lawyers are bred on the orthodoxy (I will come back to that word later) that the imagery of battles, warfare, winning and losing is to be avoided in any communication relating to a relationship breakdown.

So, after twenty five years of practice, what lessons have been learned or what prejudices dispelled?

So much of our work as family lawyers is common sense, so I make no apologies for re-peddling platitudes. But we family lawyers should also take credit where credit is due, and reflect on the practices which we adopted and which have rubbed off on other disciplines. We, for example, reformed our procedure rules pre-Woolf Reforms.

And, with our embrace of collaborative law and methods, we are blazing trails which other disciplines – eg trust and estate litigation, and employment law – are bound to follow.

So there follows a check list of precepts which fit into the balanced family lawyer’s tool kit.

1. Lawyers’ skills and avenues for settlement

A lawyer who has been trained in every complexion of dispute resolution is at a premium.

It is a straightforward path now

To obtain accreditation as a specialist lawyer.

To be trained as a mediator.

To become trained in collaborative law.

And it will become straightforward to train as an arbitrator, in anticipation of family law being reformed to welcome arbitrated settlements into the panoply of dispute resolution practices.

2. Why do we have a Court system for family matters?

If we were devising our family law system from scratch now, rather than inheriting the hotch-potch of legal remedies which derive from ecclesiastical courts, would we have the present system?

This is meant to be rhetorical question. My answer is “obviously not”.

Would the public not be attracted by a system which took a Court and a Judge out of the equation, allowing disaffected couples to obtain a divorce or separation after a set period of time or reflection?

Instead of filing the divorce papers at “Court”, they would be processed by administrative officials, much as is done in Scandinavian countries now.

3. The flexibility of remedies available

The range of skills available to resolve matters, and that

We use systems to achieve a desirable end, rather than being governed by the systems themselves.

We have in football parlance, the freedom of park in which to play.

3.1 What does your client want?

3.2 How best can you help your client achieve it?

I start from the premise that most lawyers are businessmen/business women, who happen to specialise in the law.

And how is your business most likely to prosper (or, in these recessionary days, survive)?

The question is a no-brainer. It is all about getting new clients.

We all have our different answers, each as valid as the other.

And the advantage of experience is that you savour the different methods of dispute resolution; and mould them, and your clients, in to the service that you alone – for we are all different – supply to our clients/customers. If they like your product, they will recommend you to their friends and colleagues, and your practice will grow.

4. So what is Collaborative Law?

I think I am going to offer a prize to any friend/acquaintance/reader who can devise a better label for this fashionable form of dispute resolution. It has unfortunate resonances with war crimes which are completely out of kilter with its positive effects.

The solicitor and client contracting to reach settlement by negotiation, rather than by the Court process.

Round-table meetings to advance matters, rather than “the trial by correspondence” that can bedevil legal cases.

What practitioners particularly enjoy about it is:

The ability to get to know your client’s spouse/partner from day one, with all the plusses and minuses that make up every human being.

So often, in a conventional case, you know other party only as the “Mr Bloggs who works all day and night, and comes home and kicks the cat, and utters expletives at the TV when Man United win another Premiership”.

Here, you get to know the rounded person, not the caricature that may be presented to you.

Dealing with a matter collaboratively, and sharing ones tactics and objectives with the other party, leads to a more objectively fair all- round solution tailored to the parties’ desires – rather than foisted on them by lawyers negotiating under time pressure in sweaty Court corridors, or by Judges doing their best in their time-pressured salary- man jobs to impose a “conventional” and largely unappealable (rather than imaginative) solution upon them.

Orthodoxy states that collaboration is all or nothing: you sign up to the collaborative code, and have to do cases according to the letter of the collaborative orthodoxy. But orthodoxies can be dangerous when taken too literally, fervently and evangelically.

And many of us who have trained as collaborative lawyers will do a case in a collaborative spirit even if our clients do not sign up to the collaborative agreement. Therefore, we will have round-table meetings as a substitute for Court-based First Appointments and Court mediation appointments.

It is the spirit of collaboration which freshens the process. A shared ambition to arrive at an agreed solution – which is after all the ambition of most family lawyers.

Having a one day mediation to settle matters is another excellent way to crack a case.

There are specialist mediators who are adept at shuttle diplomacy, and move from one room to the other in an arch-diplomatic manner.

An Australian friend of mind calls one day mediation “the first cousin of collaboration” and we can understand what that means.

Arbitration is a late runner in the race, but a good each way bet.

Moves are now being made to introduce arbitration in to English family law.

It is done in Australia, and wherever Australia leads, England follows.

It is done in Spain (which does not yet have Collaborative Law, although the Union Internationale des Avocats’ seminar in Valencia on 29/30 April 2010 will address this deficiency) because:

It is seen as cheaper than any other method.

The arbitrators are better paid than the Judges, and are better family lawyers.

Last, and least, comes the Court as the forum for dispute resolution.

It comes with a guarantee

To raise the temperature, rather than to lower it.

To increase stress levels of practitioners and clients alike.

To heighten the risk of inherently confidential matters being paraded to the public, through press reporting or the rumour mill. Who, for example, does not know the identity of the “celebrity” whose Children Act case was heard in London on the very day that the new publication rules allowed the press to report the details of cases?

Litigation will always have a place in family law to deal with the dysfunctional cases.

But the old orthodoxy that Court proceedings are the only way to resolve family matters is comically untrue, and cheats the people who carry out the work, the family law practitioners themselves, and more seriously, the customers themselves, who deserve and can achieve better.

`I will finish as I started, with the homespun philosophy from Captain Corelli’s Mandolin:

“Love is not breathlessness, it is not excitement, it is not the promulgation of promises of eternal passion. That is just being in love which any of us can convince ourselves we are. Love itself is what is left over when being in love has burned away, and this is both an art and a fortunate accident. Your mother and I had it, we had roots that grew towards each other underground, and when all the pretty blossom had fallen from our branches we found that we were one tree and not two”. 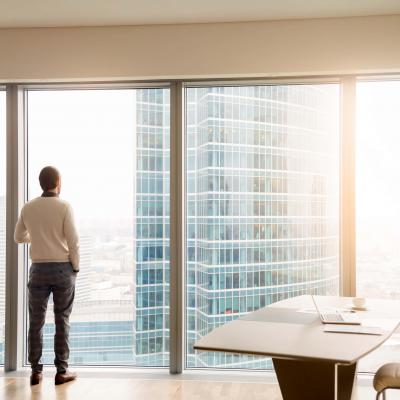 As family structures become increasingly complex, the opportunity for sibling jealousy and bitterness to fester and arguments to brew, is ever increasing. For the UHNW, whose assets and wealth is often held in a trust, the result can be a trust dispute. END_OF_DOCUMENT_TOKEN_TO_BE_REPLACED 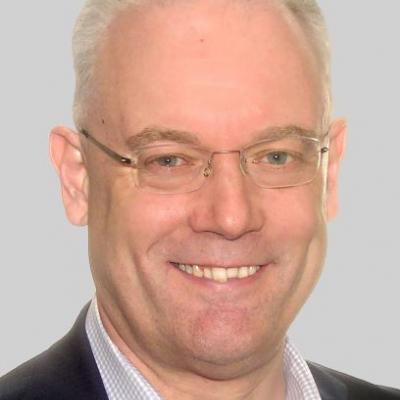 Sandaire, the international multi-family office, has announced the launch of Sandaire Corporate Finance, a new division to serve the evolving needs of its clients. END_OF_DOCUMENT_TOKEN_TO_BE_REPLACED