Ulrich Beck, academic and Professor of Sociology at the University of Munich and LSE, is consolidating the political thought appearing in the newspapers and from financial commentators that Germany, the fourth biggest economy in the world, is manoevering into a more powerful position in Europe. With his new book German Europe, he discusses with a hard head the potential imbalances that can occur if we do not take care on a social level to consider our debt-ridden neighbours. He says more is at stake than finances. We have become socially integrated into Europe and this friendliness and its benefits are in danger of disappearing and creating a new, difficult Europe that we will live to regret.
Ulrich Beck believes that the headlines about banks that we see every day are just one part of the story. German Europe has a look at the continuing effects of the credit crunch and what he calls our Titanic society which is wrapped in a fear of what “might‚Äù happen. This fear, he says, is allowing Germany to take control and rule with a yes-no president in Angela Merkel (or “Merkiavelli‚Äù as Beck nicknames her after Machiavelli, who believed reputation was key and acting immorally at the right times or with brute force was imperative to retain power). Beck suggests Merkel is determined to play out her own vision of Europe to the detriment of others.
Beck’s book argues that the sinking of our financial instituions has put us all on a psychological knife’s edge and that, despite this and the debt crisis, we cannot let Europe drown. He says there is too much to lose, including the simplest of things, from travelling easily throughout Europe to the monetary system. He pleads for more empathy for our fellow Europeans who include the Greeks who may be on their knees to Angela Merkel with debt burden but whose spirit and thinking made them the founders of one of the most established political systems in the world, democracy.

The real power is with the Eurozone countries not the European Union
Beck, who points out straightaway that he is an academic and not a businessman or politician, explains his thoughts: “Because of the effect of the credit crunch, there is a general, public anticipation of impending catastrophe in Europe and these fears have allowed those in power to manipulate this to their advantage.‚Äù Beck expands: “The real power in Europe is now with the member states that have adopted the Euro with Germany at the helm. EU countries have lost the power of veto on important economic decisions affecting the European Union. For instance, recent discussions in relation to the European Fiscal Compact on a financial transactions tax have all been negotiated in the Eurozone. The UK Prime Minister David Cameron is now asked to wait outside. He has no place at the discussion table. The message is clear to those outside of the Eurozone that if you want a voice, you have to be within it. Britain has been against the Euro and opposition in the UK continues to grow but there will be mounting pressure to join as the UK becomes an outsider in European politics.‚Äù Beck continues: “Countries like Poland have recognised this move and want more involvement because they have enjoyed a close relationship with Germany after the breakdown of the Berlin Wall.‚Äù

Europe is an still an experimental space
“There are now two different democracies with the European and National parliament which will create ongoing cultural and political difficulties,‚Äù says Beck. “The problem we will all wrestle with is that institutions were and are still organised by nation state and politics are also still prisoners of the nation state which means different European countries will disagree with each other and fight for their own electorates. There is no way around this except to come up with a new democracy, we can’t just fall into a post democracy, it needs to be a wider cosmopolitan democracy bringing everyone together with common values.
“The Eurozone is not about one definition it’s about many. It should have a common vision. It should be allowed to have different cultures like the UK which was the first country to implement a cultural democracy. I understand Euroscepticism but Europe should respect and acknowledge the different visions of its citizens in building a fair European democracy.‚Äù

Second shift in power: rich and poor European countries
“There is also a second shift in power‚Äù says Beck, “between lending and borrowing countries. Lending countries have now got the power and it has created Eurozone inequalities. One of which is that Germany has found accidental power and has taken charge of Europe with its own electorate as a priority in all Eurozone decisions which is going to take its toll on poorer Eurozone countries as they are refused financial assistance in order to protect Germany.‚Äù

The world is facing a new risky future and the old methods, like insurance, don’t work
“Modernity has produced uncertainty and risk,‚Äù explains Beck. “This is negative and bad and includes climate change and the financial and European crisis. All the financial policies were all legal but now the institutions don’t fit the new situation. Institutions used probability and insurance to deal with their risk but we are beyond that now. Insurance can only predict things based on what we know. They didn’t think of that. The simple answer before the crunch was insure yourself but banking is beyond insurance and insurers just put the risk on the shoulders of others but don’t take their perspective.‚Äù

Our solution to the crisis? The common man must pay‚Ä¶
Beck elaborates. “Insurance is a learning mechanism. It anticipates catastrophe and then learns from what happens. For instance a car accident is defined by the place it happened, the number of people involved and the time. The credit crunch doesn’t have any of those definitions which has thrown us into a cycle of perpetual catastrophe. We have produced the not knowable and with this there has been little self reflection. The solution is that the common man has to pay. The difficulty is no-one can tell when all this worry will be over.‚Äù

The crunch has created a feeling of an emergency which has become one. We are living in it
“When I talk about the anticipation of catastrophe, we have all developed an angst which has become like a never-ending quest. We now have a ‘might’ society (what ‘might’ happen) which is different to our worries about climate change where we see problems but they will affect future generations. This is more about concern for problems and challenges that don’t seem to have answers. The quest or Forscht is a real and mobilising force. It will be part of the problem not part of the solution.
“I am a sociologist not a doom mongerer but I see that we are living within a risky society which is already providing an important political force in Europe. We now have trans-migrants, people who have homes in two countries and are able to leave one if things turn bad‚Äù.

Germany may have power but if it overplays it, it will be the greatest loser if they let Europe fail
“If you look at the German economic situation, it isn’t the bed of roses that the rest of Europe believes. One reason is that Germany makes no distinction between full- and part-time or precarious employment which has no long-term benefits. Precarious employment has increased in the last ten years in Germany and its result is that it will produce elderly poor because people don’t have enough income. This issue is being debated in Germany now, we need more immigrants to work and pay taxes because there is a large population coming up to the age of retirement who will be a big burden on their welfare state. We need immigrants to pay our taxes in Germany and also at a European level. Immigration is the goose that will lay the golden egg for everyone but there is much public resistance to it.‚Äù

The black swan of the credit crunch becomes a series of unexpected black cygnet events (like Cyprus) because of Merkel rule
“With regard to Cyprus although it seemed Russia would provide the bail out or bail in (only two banks were given money not the country), nobody in the Eurozone wanted the Russians involved. I believe there were communication mistakes made about the deal that was struck in that nobody was told what was going to happen. Cyprus will stay in the EU. Merkiavelli will take care. Merkiavelli didn’t react to Greece but she realised there may be contagion. She looked into the eyes of the storm and had to do something but she wouldn’t usually. Merkiavelli is a yes-no president. She does very little and uses it as a specific form of power. It’s her nature but now she has perfected waiting and waiting. It shows her how much EU counterparts depend on her. It is her political tactic.‚Äù

Gender equality is also at risk if Europe fails ‚Äì transnational motherhood
“Europe breaking down and reduced movement across Europe would also affect gender equality. If we don’t have transnational motherhood where workers move from one country to another to take over chores and childcare in middle class households, then we revert to parents having to stay at home to take care of their children everywhere, including the UK, to undertake basic chores.‚Äù

What should we all do?
“We have the ‘what might happen’ society which is causing caution but I believe we have to take risk no matter what the outlook but we need to have our own types of analysis and insurance for difficult events. More importantly I believe there is a cosmopolitical imperative for us all to co-operate in Europe or we will all fail and lose the benefits we have built up like easy travel and business and who might be next under the Merkiavelli sword? We have to stand together to protect more than just money. A European union breakdown will hurt everyone.
“Also, although we don’t know how to solve the crisis, we will all have to brave the future, making decisions now with no facts which may well mean politicians making emergency decisions that turn out to be wrong or misguided.‚Äù n

Ulrich Beck is Professor of Sociology at the University of Munich (LMU), and the British Journal of Sociology Visiting Centennial Professor at the London School of Economics and Political Science (LSE). 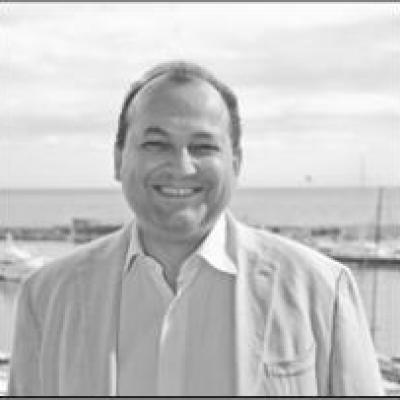 Luc Khaldoun, head of client advisory at OneOcean Ventures, owned by Salamanca Group, talks about the new technologies that the UHNW clients employ on their yachts to protect their privacy. END_OF_DOCUMENT_TOKEN_TO_BE_REPLACED 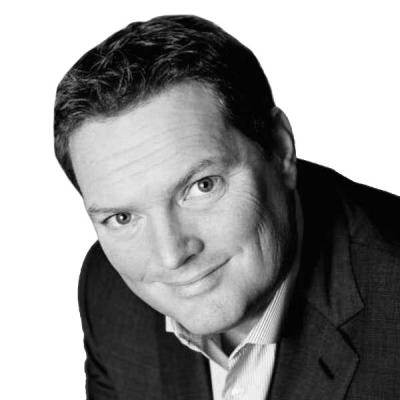 Trust companies listed on the stock exchange do very well