BigHand, the voice productivity software vendor in the global legal and professional services sector, has announced that Dutch law firm Dirkzwager has implemented BigHand v4.2 digital dictation workflow software and BigHand’s smartphone apps to facilitate more flexible working practices amongst both lawyers and secretaries by enabling them to work from home, whilst also expediting the dictation-to-document process.

Jeroen Zweers, manager of ICT and facilities at Dirkzwager and developer of legalknowledgeportal.com, reports that BigHand has encouraged the number of lawyers dictating at Dirkzwager to increase. Initially, the firm only purchased licences for the 80 lawyers that were already dictating. However, following a successful rollout, the usage reports indicated high user adoption, facilitating promotion of the technology between lawyers within the firm. In response to this, Jeroen increased the number of BigHand licences to cater for those lawyers that historically had not been dictating at all. This is positive for the firm as now more lawyers are using a more efficient method of dictation.

The BigHand smartphone app allows lawyers at Dirkzwager to dictate from any location via their iPhone or BlackBerry, and send those dictations instantly for transcription. Secretaries can start work on a dictation immediately after it has been recorded, rather than having to wait for tapes to physically reach their desk.

Looking to the future, Jeroen plans to integrate BigHand with Dragon speech recognition technology at Dirkzwager, to further accelerate the document production process and to increase the self-sufficiency of lawyers.

Jeroen comments: “Speech recognition will give us more flexibility. If a secretary is not available, the lawyer can still quickly generate a document.‚Äù 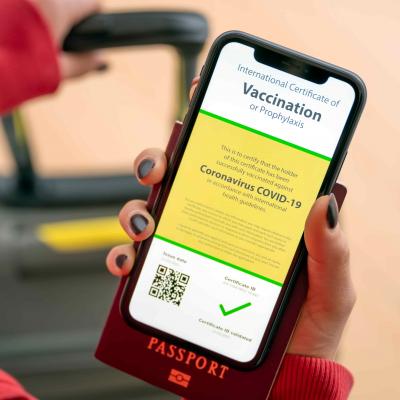 The Green Pass and freedom of movement for European citizens

Data breach for breakfast? Just how secure are your personal and business data files?

Security training programs that are engaging and relevant.