As food, inflation and agriculture have become the new poster boys for investing, Citywealth decided to investigate the topic to look for the problems and opportunities. Diego Fluxa talks us through his view on how the market is moving and the issues.
Fluxa, is Alternative Investments Director at Rothschild & Cie. Gestion in Paris where he has been since 2001 investing in hedge funds for the Blackpoint funds of hedge funds at the head office in Paris, where his team also advise on a large commodity fund. Fluxa has an engineering degree in statistics and applied economics and finance and also a masters in mathematics.

The problem with commodities

“Many institutions want the limit their exposure to commodities. They are concerned about ethics and that buying commodities would be perceived to have an inflationary impact on prices. They don’t want to be accused of causing starvation nor suffer the reputational fallout. However in my view this is largely a PR story because there are double standards at play. People may be saying no to commodities markets but through investing in the stock market they could have exposure, perhaps a stake in an aggressive food production company putting pressure on farmers, controlling food prices and ultimately causing the same problems. Although” adds Fluxa “this doesn’t apply as extensively to pension funds, who may face investment restrictions, and historically have had low amounts invested in commodities, especially in the agricultural space”.

“There may be more to this than meets the eye; it is interesting to note that in commodity markets, derivatives are roughly a tenth the size of the physical market (by volume and nominal size), whereas in the financial markets, the contrary is true- derivative trading often eclipses trading of the underlying. It is very difficult to differentiate between speculators versus companies hedging their exposure, because much of the trading is done OTC (i.e. privately)”

“When the consumer becomes richer he typically consumes more protein and moves away from grains and rice. It’s a classic story of how economies change but it requires more resources to produce protein. One pound of meat requires wheat to feed the animals, water and more land to graze them on. This is the general story. Ultimately we need to look at how to make land more productive because demand is too high for protein considering the supply available.”

“China historically has had significant reserves of wheat but they have changed their policy and reduced the amount held. So now if they were to have a micro shock like a natural disaster or increased demand, this coupled with lower reserves and the supply side being affected by e.g. weather volatility, will all put an upward pressure on demand, which is difficult to fulfil and creates tensions for a year or two. China is now generally a net importer of agricultural products”

“Climate change has affected the prices of commodities, such as cotton, e.g. Levi Strauss said this year that because of the increase in cotton prices, their jeans will have to go up in price because the weather has destroyed crops and the price has gone up by seventy percent. On the other hand, global warming may also cause areas of ice to melt, which may be used for farming, if the land proves to be fertile.”

Change of use of land – Brazil have been debating this

“In Brazil they have debated for some time as to whether it is makes sense to produce bio- diesel because of the effectiveness of the land use.”

“As in many countries, French farmers are being squeezed by the large supermarkets and distributors. On the whole farmers have a strong voice in France and they are very active in lobbying the government. Supermarkets are starting to come under pressure because they are suppressing food prices and squeezing the farmers. I think this is something that may be subject to government scrutiny and directives going forwards.”

Nimby? China moves into Ukraine and Russia to farm

“People may not remember but in 2008, China and Egypt had food riots before the credit crunch because there was a lack of food. Food inflation is now twenty to thirty percent per year which is an impossible price spike for the poorer in these regions to afford. China is renting land in other countries like Ukraine and the South of Russia for food production but this may be a short term strategy because it will undoubtedly come under government scrutiny. China can’t indefinitely consume natural resources from other countries. The problem is that two thirds of the world population is in Asia and much of China is land that is not suitable for agriculture. It is not a very fertile country so they need to make these sorts of moves overseas to feed their people.”

Japan and the fishing industry post quake and tsunami

“In Japan most of the fishing boats were stored where the tsunami hit so they have lost a large amount of their fishing fleets and the fish and water may be polluted. It is too early to say what the impact will be on overall agri investing.”

Organic food – can our principles survive and is Tofu the new King of Protein?

“Organic food decreases the supply of food because it is more intensive to produce. Although Tofu as a source of protein takes much less land to produce and may become the protein of the future. Sources of protein may not be the same in the future as they are now.”

“You can simply make food more and more expensive then we control the consumption ourselves. It’s one of the most obvious and significant ways to change demand for products. However this would have very serious social and political implications and so is not necessarily desirable.”

“Governments will have to stand up and be counted on the topic of food supply. They have tried to stop food leaving the country (as in Brazil) and have subsidised prices (as in Egypt, China and even the USA and EU) and there may be controls on derivatives markets which will cap speculators and limit trading.”

“The derivatives market is more transparent but the physical market is not transparent and is illiquid. With oil for instance nobody states exactly what their production is because they don’t want to be told to increase or decrease production. Also where there are embargoes where trade would result in litigation and reputational risk, oil brokers may trade through exchanges so that it becomes confusing as to where the oil was first originated or who the brokers are. There ultimately may be much law breaking which is difficult to spot and this is a big issue to be addressed.” 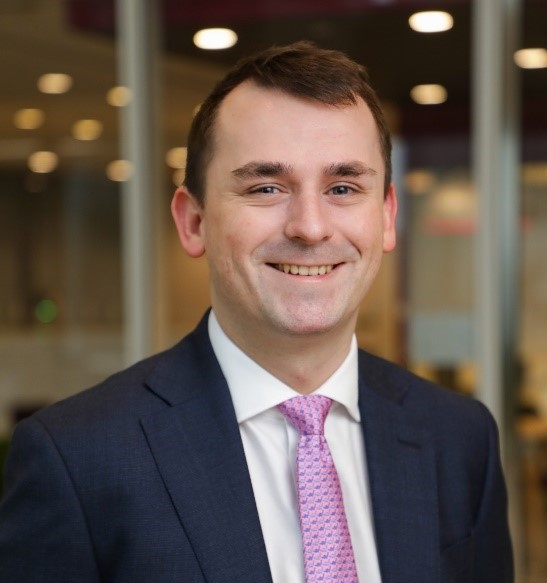