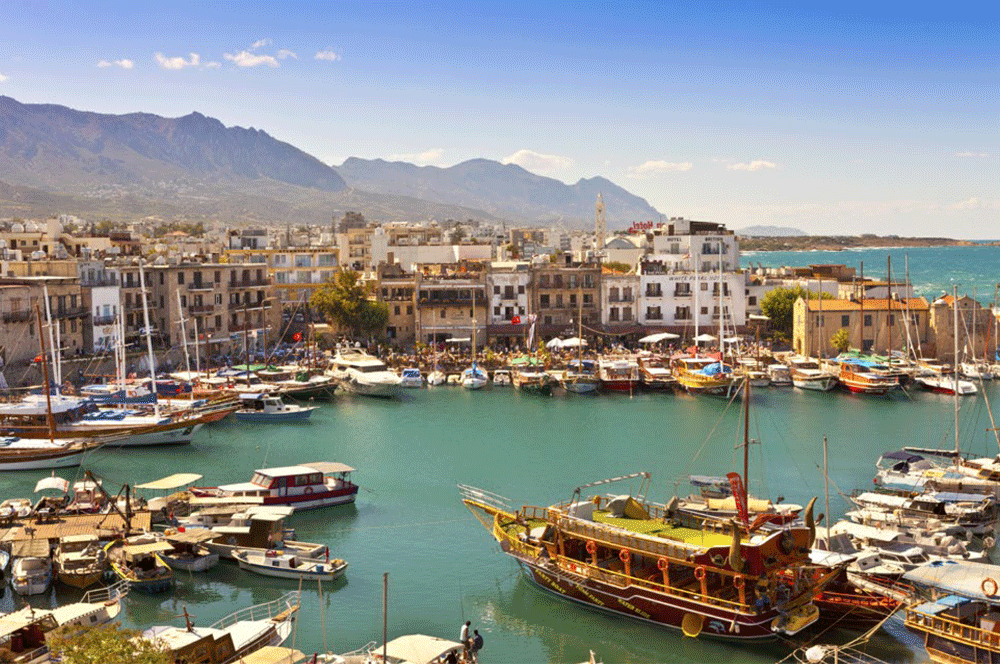 Cyprus has been labelled a success story by the International Monetary Fund (IMF), with its government praised for pushing through difficult reforms and returning the economy to growth just three years after the island’s banking crisis. High net worth individuals are returning to the country as a result, often driven by political expected to exit the arrangement.

In 2013, the IMF and the EU bailed-in banks to the tune of ‚Ç¨10 billion, and international investors fled. Before the summer of 2016, after adopting new foreclosure and insolvency laws to help the banks work through their books of non-performing loans, Cyprus is expected to exit the arrangement.

Several smart moves by the Cyprus government mean that the world’s wealthy have returned to an island that was the only crisis-hit Eurozone country to restrict capital transfers, aimed to prevent a run on the banks. In 2013, a monthly cap of ‚Ç¨20,000 on transfers by individuals to foreign banks was imposed, or ‚Ç¨10,000 for travellers moving money out of the country.

At the same time, the island’s second-biggest lender, Laiki Bank, was wound up, and deposits in the largest bank, Bank of Cyprus, were seized. It could have been the death knell for the country’s wealth industry, and yet already things have bounced back.

Andreas Athinodorou, founder and CEO of Aspen Trust Group, says: “Despite the financial crisis of 2013, what we are seeing in the last year and a half is a very big inflow of money from high net worth individuals into Cyprus. The big attraction at the moment seems to be the Citizenship by Investment programme.‚Äù

He adds, “Cyprus is a business-friendly financial centre situated in the middle of a very turbulent region. Investors and business people seeking to minimise their risk move their holdings from countries where there is war, instability, the threat of sanctions or political uncertainty, and they seem to find a suitable hub in Cyprus.‚Äù

It is a view shared by Charles Savva, managing director of tax planning firm C. Savva & Associates in Nicosia, Cyprus, who says: “We have been as busy as we ever have been. The trend for the last few years has very much been quality clients but not at the volumes that we used to see, which is easier to deal with.‚Äù

Again, he points to the Citizenship by Investment Programme, which was one of the first initiatives ramped up by the government as part of a recovery strategy to attract foreign direct investment. It grants full Cypriot citizenship to those that invest more than ‚Ç¨2.5 million in real estate and meet certain other requirements, giving successful applicants the right to live, work and study in all twenty-eight EU member states.

Savva says: “We are dealing with high net worth individuals, and the profile is always the same; they are concerned about something in their home country, whether that’s the government moving against them for some reason, or instability. There’s something that is troubling them, and for most of those families that apply for second citizenship in Cyprus, it serves more as an insurance policy for them in case anything were to ever happen. They know they would have immediate access to the EU and they could go straight to a city like London or Paris and send their children to school, no questions asked.‚Äù

Right now, Cyprus finds itself surrounded by troubled neighbours, sharing maritime borders with Turkey, Syria, Lebanon, Israel, Egypt and Greece. Elias Neocleous, partner at the law firm Andreas Neocleous & Co, says: “We are working in a rapidly evolving and volatile market, in an area of the world where we look around us and almost all of the countries around us are experiencing unrest. That’s clearly an opportunity for us, but on the other hand, some of the countries we do a lot of business with are suffering.‚Äù

One of the biggest sources of work for the professional services industry on Cyprus has long been Russians moving money in and out of the EU. Limassol, the second-largest urban area in Cyprus, is home to a huge Russian population, and the two countries share a favourable double tax treaty, eliminating the double taxation of income made in one country and paid in another. “Because of the sanctions, there is no longer the flow of new investment going in to Russia that we used to see,‚Äù says Neocleous, “so structuring work has reduced.‚Äù Savva points out that the island also faces more competition for what work there is flowing outbound from Russia: “The Russians recently signed a double tax treaty with Hong Kong that will likely take effect on 1 January next year,‚Äù he says. “That is almost exactly the same as the agreement in place with Cyprus, and so that will bring more competition.‚Äù

Nevertheless, the fear that Russia’s wealthy would abandon Cyprus in the wake of the financial crisis proved short-lived. Athinodorou says: “In the immediate aftermath of the banking crisis a lot of people got their fingers burnt, and lost a lot of money in the restructuring of the Cypriot banks. There was an initial response of moving money to other places like Luxembourg, the Netherlands, Austria, Singapore and London, but that turned out to be temporary. Russian clients realised that Russian business was not really understood nor welcomed in those jurisdictions like it was in Cyprus, so within six to nine months, most of that business came back.‚Äù

Most advisers say that the volume of work for Russian clients has diminished, but that the work they are doing has got more sophisticated. Emily Yiolitis is the founding partner of the Cyprus office of Harneys, the international law firm, and head of the firm’s tax and regulatory practice. She says: “We have a big Russian community in Cyprus and we are seeing more of them setting up in Cyprus. More people are choosing to move their operations to Cyprus, and while the level of company incorporations is half what it was in 2008, the companies are now much higher worth than they were back then, when there were lots of empty shells and holding structures.‚Äù

Nevertheless, since the shock of the crisis, many working for the wealthy in Cyprus have sought to diversify away from a reliance on Russian clients, and work now comes from a much more diverse array of sources. There is more work coming in from the Middle East, with Cyprus emerging as a stepping stone between Israel and the EU, and also increasingly with Iran. Last year Cyprus signed a double tax treaty with Iran, just weeks after the lifting of international sanctions, and in November Harneys advised on the first EU-approved Iran-orientated alternative investment fund. The Turquoise Fund will invest in blue-chip sanctions-compliant securities listed on the Tehran Stock Exchange. Yiolitis says her firm is doing a growing volume of complex sanctions work.

Others are looking even farther afield. Michael Ioannou is head of tax and corporate services, and cofounder, of Ioannou & Theodoulou, the professional services firm. He says: “Lately, we have seen clients from India, China, Brazil, Egypt and the Gulf area coming to us. They are interested in getting Cyprus passports for their families, and they think there’s an opportunity to invest in Cyprus because they feel the renewed stability in the economy.‚Äù

Stella Kammitsi is head of the international corporate department at the law firm Chryssafinis & Polyviou. She says: “We are trying to expand into other jurisdictions, including the Asia market. Lots of us are targeting China, and we see business coming from Hong Kong in an effort to come into Europe through the gateway of Cyprus.‚Äù And European business is also thriving: “We also see clients coming in from Greece,‚Äù says Kammitsi, “because of the financial situation and instability in their tax situation. Greek business people are coming to Cyprus and establishing their businesses here, to avoid dealing with the Greek tax authorities.‚Äù

The result has been something of a boom in the Cypriot shipping industry, furthered by the launch of ‚Äòthe most attractive’ VAT regime for yacht owners in the EU through the island’s new Yacht Leasing Scheme. Another initiative by the government to attract inbound investors, the scheme is supported by building new marinas and facilities.

“Some really attractive amendments to our tax laws were introduced during the latter part of last year‚Äù says Savva, “and many more initiatives are being discussed. We are consistently ranked by EU tax professionals as having a solid EU tax regime, and tax migration has been a big thing in the last year. We have seen both EU and non-EU nationals looking to mitigate their tax exposure in whatever country they are based in which means physically relocating to a low-tax jurisdiction, and that keeps us very busy.‚Äù

The island even introduced its own version of the UK’s non-domicile status last year, so a Cyprus tax resident who is not domiciled in Cyprus and obtains non-dom tax status is not subject to tax on any interest, rental income or dividends. With the banking crisis now behind it and several large privatisations on the agenda, the prospects for further inbound investment look increasingly positive.

END_OF_DOCUMENT_TOKEN_TO_BE_REPLACED 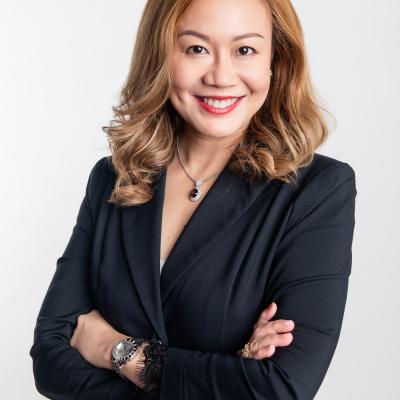