The beautiful Spaniard, Esther Koplowitz, worth ¬£3bn, has much to be pleased about. She has developed the company she took over from her father and grown it to its current empire status (including a large stake in UK Plc).

For over a decade now, Koplowitz has steered FCC (Fomento de Construcciones y Contratas) strategy to make the company more diversified and more international. Since Esther took on a new role as Chairwoman of the Strategy Committee, FCC has generated 42% of its revenues abroad, while diversifying its activity towards urban and environmental services (waste and water), and energy.

Yet, to the outside world Esther Koplowitz is an enigma. The exact nature of her contributions to the success of FCC has never been clear outside of the company, even to Spanish commentators. Some, whilst describing her as ‘Principal Shareholder,’ assume that she plays little or no part in the running of the company and spends most of her time involved with philanthropic causes. Other commentators have suggested that no significant decisions ever get taken without her personal approval.

Since buying the shares of her sister Alicia in 1998, Esther Koplowitz has been exclusively responsible for the strategic direction of FCC.Apart from setting the strategic direction of the company Esther has maintained a high level of personal involvement in all of FCC’s acquisitions over the last decade.There have been a number of occasions where she has acted decisively to restructure the shareholding of FCC in order to secure the company’s long-term future. With hindsight these interventions were crucial in creating the conditions necessary for the company to pursue its policies of diversification and international expansion that have brought such impressive returns.

FCC has in recent years undergone a transformation. Ten years ago FCC was a little-known regionally based construction company. Today, FCC has reinvented itself as one of the largest corporations in Europe, with a globally diversified portfolio. Its objective is to increase its revenue and profitability. While it aims to further diversify, it will do so only by maintaining a reasonable debt ratio, ensuring continued capacity to finance its many projects.

Today FCC is a corporation made up of 550 different companies located in 50 countries on five continents, employing around 94,000 people. Their activities focus on four main areas:

FCC’s revenue for 2008 reached $19.5 billion and its backlog was equivalent to $45.4 billion. The figures show that FCC is now a leading environmental services and infrastructure company in terms of net sales, profitability and healthy finances. As part of the transformation of FCC, international business now exceeds a third of total sales.

The transformation brought about by Esther’s strategy has given FCC pole position today in waste management, industrial waste management and cement production in Spain, while also ensuring top leadership positions in construction, water management and toll road management. This has translated into global leadership positions in these areas as well, most notably number one in waste management in Britain and second ranking in the huge American industrial management business, a milestone achieved in record time. Esther holds to a philosophy that success does not come about by standing still, and a major objective now is to become a major player in the Spanish energy business and beyond.

In addition to this, her personal commitment to and active involvement in philanthropic causes have been an influential factor within FCC to increasingly prioritise its Corporate and Social Responsibility. FCC was recognised as one of Europe’s 10 leaders in Corporate and Social Responsibility December 2007. She also made maintaining employment levels in companies she acquires a priority, without compromising on the companies’ performance. This is possible because of the nature of FCC’s diversified services business. These urban and environmental services, which are labour intensive, represent 40% of FCC’s EBITDA and 70% of its backlog.

Understanding the origins of the company is the key to understanding Esther Koplowitz’s influence on its shape and scope. Esther’s father, Ernesto Koplowitz, arrived in Spain at the end of the 1940’s from Poland. He successfully ran the company he founded in 1944 until his death in 1965. After their father’s death, sisters Esther and Alicia Koplowitz took over the company, guiding it to a leadership position in the construction industry. Then, in 1998, Esther Koplowitz bought Alicia’s stake in FCC.

This was an important moment for Esther Koplowitz and for FCC. The loan financing the buy-out was the largest loan ever granted to a private person in Spain. By taking on this responsibility, Esther demonstrated both her entrepreneurial acumen and her personal commitment to FCC. The size of the loan granted also demonstrated both Esther’s and FCC’s standing in the financial community as well as that community’s support for her leadership of the company.

Having taking this step, Esther did not rest there. A few months later, she sold a stake of the company to the French company Vivendi. The deal allowed Esther to maintain the majority while adding international expertise and reducing debt. This decision ensured the survival of the company. It was also the starting point of a solid and successful future. In 2004, Esther further reorganised FCC’s capital structure, buying back Vivendi’s stake and selling minority stakes (less than 5% each) to a number of investors, including Peugeot family, Faustino Group (wine making) and the Ibersuizas investment company, grouped in a holding company where Esther holds the majority and therefore the control of FCC.

Beside Esther Koplowitz as a principal leader is FCC is Baldomero Falcones Jaquotot, Executive Chairman and CEO, responsible for its daily business development. In June 2008, in order to adapt FCC’s style of management and corporate vision to better befit its new global positioning, at Esther Koplowitz’s recommendation, FCC’s Board of Directors appointed Baldomero Falcones Jaquotot as its new Executive Chairman and CEO. With a degree in engineering and an MBA from IESE, Baldomero Falcones joined FCC after a long and successful career in senior executive positions at both Spanish and international companies. He was a founding partner of Magnum Industrial Partners, Chairman of Mastercard International Worldwide and of Santander Seguros, director of Uni√≥n Fenosa and director for Spain at RWE. He is also a former general manager and member of the Executive Committee at Banco Santander Central Hispano.

This impressive track record combined with a similarly strong commitment to philanthropic causes, made him an ideal candidate to work together with Esther Koplowitz. The combined efforts and teamwork of these two individuals are the major driving force behind FCC, and have helped to lead the company into a new and even more successful era. Through their combined vision, drive and energy, they have transformed the company founded by Esther’s father into the dynamic and successful, globally diversified company it is today. The journey for Esther from co-ownership with her sister Alicia in 1998 to a controlling position today with a group of minority shareholders today has made her the ultimate arbiter of FCC’s destiny. 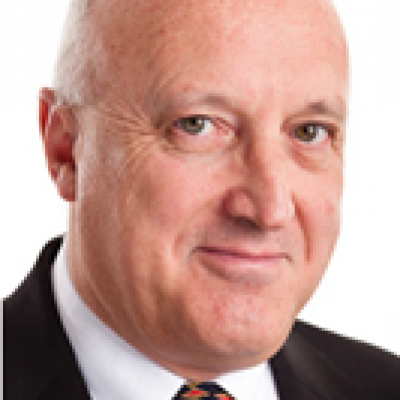 Geoff Melamet, CEO of HMSA, talks about what could the upcoming elections mean to the wealthy clients END_OF_DOCUMENT_TOKEN_TO_BE_REPLACED 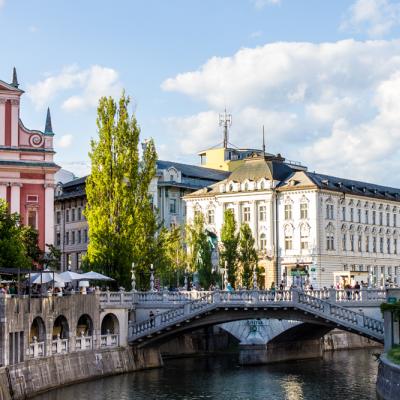