Twin girls joined at the head, such that their major brain blood vessels were interconnected, have been safely separated. UK charity Facing the World played the central role in funding treatment – evaluating the children abroad, supporting the family and handling the logistics to bring Rital and Ritag Gaboura and their parents to London in April. The Sudanese girls, whose condition is known as Craniopagus – joined at the head with fused skulls – required four complex operations at Great Ormond Street Hospital. A team of surgeons, physicians, imaging specialists, nurses and others had to plan to separate their blood vessels and blood flows while still joined together at the head, and then to prepare skin and flesh to allow for the separation. Finally, on 15th August, they separated the girls safely.

Conjoined twins are very rare and only five percent of conjoined twins are Craniopagus. Approximately 40 of these are stillborn or die during labour, one third die within 24 hours. So for craniopagus twins to survive early infancy is a 1 in 10 million occurrence. Rital and Ritag Gaboura were ‘Total Type III’ Craniopagus, that is, significant blood flows between their brains – the most difficult type to address. Ritag supplied half her sister’s brain with blood, whilst draining most of it back to her heart, therefore doing most of the work. This meant that Ritag’s heart had to pump much harder than Rital’s and was effectively doing most of the work for both of the twins. The strain on Ritag’s heart was too much for her and by the time the twins arrived in the UK, Ritag’s heart was already failing. This was a life threatening situation and significant drops in brain blood pressure would cause severe neurological damage.

Mother and father, Drs Enas and Abdelmajeed Gaboura, approached many institutions for help. Great Ormond Street Hospital had the world-class medical experience, and Facing the World the contacts and ability, to provide assessment, support, logistics and to fund the treatment. London was the family’s best option for a safe separation and the hope of returning home with two, separated, healthy girls.

“This was a real surgical challenge, a very rare and complex operation, drawing together many different disciplines. But also these were two little girls with a loving family, and we had to get both children through the procedures safely. Facing the World exists to help families in this terrible position receive the help they need.”

The separation involved four surgical stages. Each stage required a range of team members not least the anaesthetic team lead by Dr Ann Black and Dr Jane Herod and specialist radiologists lead by Dr Kling Chong. The first two operations separated portions of their shared vascular system. This was vital to ensure safety during the final procedure and to reduce Rital’s dependency on her twin. Time was of the essence as Ritag’s heart was starting to fail. The third procedure inserted tissue expanders to “stretch” the skin needed to cover their heads at the fourth stage: final separation. The final procedure took place on 15th August 2011. Mr David Dunaway and the Great Ormond Street Hospital team, which included consultant neurosurgeons Mr Owase Jeelani and Prof Richard Hayward, and consultant plastic surgeon Mr Jonathan Britto, were supported by the rest of the multidisciplinary team as well as Dr Jim Goodrich, US consultant neurosurgeon, Mr Simon Eccles and Mr Richard Young, craniofacial surgeons and Facing the World trustees.

“It is a delight to see how well the girls are doing. Rital was up and holding her own milk bottle again within days of surgery. Ritag took a day or two longer, but she too is back to her laughing self. After 11 months of spending most of their time lying on their backs it is amazing how quickly they have adapted. The girls are already doing all the things that they were able to do pre-surgery: playing with toys, clapping, holding their milk bottles and so on. But because of the limitations of having to lie on their backs for so long, they are a little delayed in terms of sitting up and standing. They have achieved good neck control in just a few weeks. They will need further surgery when they are older to improve the shape of their skulls.”

“I was privileged to be the neurosurgical lead in a team of extremely experienced professionals from craniofacial surgeons to paediatricians, anaesthetists, radiologists, theatre, ward and specialist nurses. The reality in craniofacial surgery is that each team member’s contribution is vitally important and the success of the twin’s separation required everyone’s efforts. Certainly, none of this would have been possible without the hard work of many specialists at Great Ormond Street Hospital, and the hard work of Facing the World in coordinating the logistics of bringing the children to the UK and undertaking the ongoing fundraising to cover the costs of the surgery. It is a testimony to the support of the British public that we are able to do any of the charity work that we do.”

Abdelmajeed Gaboura, the twins father, is extremely grateful and said:

“We are very thankful to be able to look forward to going home with two separate, healthy girls. We are very grateful to all the doctors who volunteered their time and to Facing the World for organising all the logistics and for paying for the surgery. We feel very lucky that our girls have been able to have the surgery that they needed, but we also know that other children who need complete sponsorship and families who are searching for someone to help them. We would like everybody who is able to do something for them to do it. In order to give them a better life, they deserve it”

END_OF_DOCUMENT_TOKEN_TO_BE_REPLACED 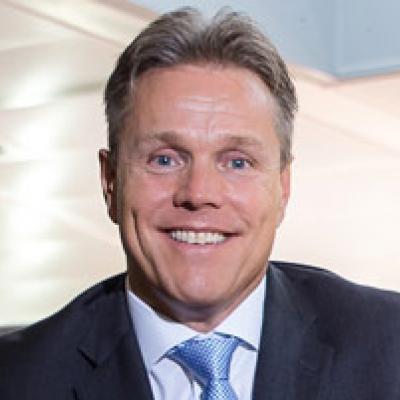