Charities should be banned from selling donor data 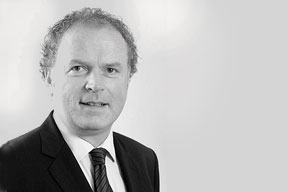 The media have reported that charities may sell, share or swap donors’ data with other charities or businesses to raise more funds. What is your view of this issue?

One of the recommendations in the report published by the Fundraising Standards Board, an independent organisation who regulate charity fundraising, was to ban charities from selling their supporters’ personal data for commercial gain unless there was an “opt in‚Äù from a supporter. The code already highlights the legal requirement to observe the provisions of the Data Protection Act 1998, including those around permissions to pass on donors’ data. However, the code now looks as though it will be amended to state more clearly the need to provide a privacy notice.

Are legacies big business for charities?

Many charities are reliant on income from legacies left to them by supporters in their will, yet the forecasting of legacy income can be difficult. Charities tend to only become aware that a legacy is due to them once a grant of probate is obtained. Even at that stage, it is difficult to quantify the value of a legacy if it is not a cash gift. The elderly can be susceptible to capacity and vulnerability issues that in turn can lead to financial abuse. Solicitors and other professionals who have elderly clients are alive to these issues as a lack of capacity can invalidate a lifetime gift or gift made in a will. If there are more challenges to the validity of gifts made by the elderly, this may have an adverse effect on legacy income in that they may not receive anything.

What sensible steps should UHNW individuals take before making legacies or donating money?

There are so many charities in the sector, some with similar causes, that it can be a minefield for individuals deciding to donate. At the very least, it is sensible to contact the charity before making a donation. If a charity is difficult to contact, this should raise concern. There is no substitute for seeing the work that a charity does and meeting the people involved. Also, the charity commission’s website contains key financial and personnel details about charities. If a charity has not filed recent accounts, then this should raise concern and whilst there may be a plausible reason, individuals should check the position and ensure that they are fully informed before making a donation.

In light of media criticism, should charities continue to use business tools like cold-calls, letters and texts to fundraise?

On the one hand, charities need to generate income with business-like efficiency in a competitive market. On the other, they are subject to the scrutiny of the media and the public much more than corporate entities. Now more than ever, charities need to strike a balance between informing individuals about their cause and inviting a donation, and placing undue pressure or being unreasonably persistent in their approach. Charities should use business tools but adapt the manner in which they use them, particularly in light of Sir Stuart Etherington’s recent report. Etherington is CEO of the National Council for Voluntary Organisations and the report was “Regulating fundraising for the future,‚Äù in which he wrote: “Britain is a tremendously generous country, and people have enormous goodwill for charities. But charities must not take that for granted. We seem to have found ourselves in a position where charities didn’t think hard enough about what it was like to be on the receiving end of some of their fundraising methods‚Äù. He goes on to say “there is insufficient training and support for all bodies involved.‚Äù

The result of Sir Stuart Etherington’s report will increase regulation within the sector which will hopefully give individuals more confidence in the charities they choose to donate to. Those charities that have built sustainable long-term relationships with supporters will undoubtedly reap the reward.

Arts & Business, the national charity dedicated to increasing private investment have launched an on-line tax guide with Margaret Hodge, Minister for Culture, Creative Industries and Tourism, explaining how to give efficiently and effectively to the arts.

END_OF_DOCUMENT_TOKEN_TO_BE_REPLACED

“Charitable traditions run deep in the Arab world; Islam mandates some of the highest giving among all religions. What in Christianity might be called tithing in the Muslim world is zakat."