Facelifts, brow lifts, Botox and dermal fillers may sound like treatments from the realm of wealthy socialites and Hollywood actors but these, among other new and cutting-edge procedures influenced by the world of aesthetic surgery can be life-changing for those living with facial palsy. Over 100,000 people in the UK suffer with the condition due to myriad causes including cancer, injury, neurological issues, infections, strokes or syndromes. However treatment is unfortunately deemed ‘cosmetic’ by much of the NHS and therefore largely unavailable. The UK’s first-ever charity dedicated to facial paralysis, Facial Palsy UK (www.facialpalsy.org.uk) launches today, unveiling new figures which show that, out of an already woefully inadequate number of specialists, at least one in five report there is no provision whatsoever in their PCTs for treatment.

Despite tens of thousands of people living with the condition, the charity reveals that there are less than fifty consultant surgeons in the country listing facial paralysis treatment as their specialism and part of their practice. A previous survey highlighted that patients take on average 5.6 years from presenting symptoms to referral to a specialist ‚Äì but out of those few consultants available, one in five (19%) struggles to provide care as there is no routine funding allocated as treatment deemed to be ‘cosmetic’. This means that procedures such as those mentioned above, as well as innovative muscle transplants for ‘smile re-animation’, require special permission and lengthy appeals that are frequently turned down.

According to consultant plastic surgeon and chairman of Facial Palsy UK’s medical advisory board Charles Nduka;

“Despite facial paralysis being widely misunderstood as just a ‘cosmetic’ problem, our surveys show that not being able to express emotion easily is considered the most frustrating aspect of the condition by a small percentage of sufferers ‚Äì in comparison, four out of ten cite functional issues as being the most problematic: such as not being able to close their mouth or one eye properly. Sadly there is very little awareness, even among the medical community itself, of the latest advances in care as well as the vital importance of early treatment. Over a third of patients were actually told that nothing can be done, when this is clearly not the case. With all these constraints it is little wonder that three out of five people with facial paralysis suffer anxiety and depression.‚Äù

According to Charles Nduka;

“Facial Palsy UK was launched to improve the quality of care for the thousands living with facial paralysis. Problems faced include delayed diagnosis, a lack of awareness of suitable treatments amongst some health professionals, and a poor appreciation of the psycho-social implications of losing the ability to smile and the use of one side of the face. Facial Palsy is not a ‘cosmetic’ but a functional problem affecting important activities such as eating, drinking and protecting the eye. A major aim for our charity is to highlight to health professionals which patients need specialist treatment, and provide support networks to reduce the sense of isolation that many patients feel. We also aim to raise funds to support clinical and basic science research in the hope that one day everyone suffering with facial palsy can be given back their smile.‚Äù

END_OF_DOCUMENT_TOKEN_TO_BE_REPLACED 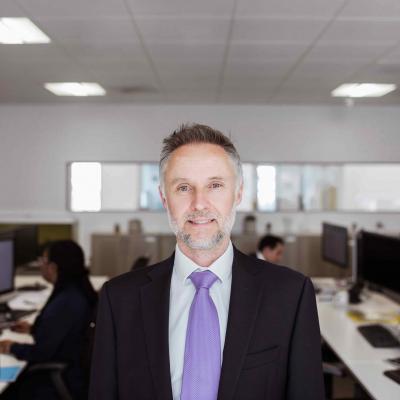