Byrne and Partners: sloppy prosecution evidence is getting cases thrown out of court

Another case collapsed at Southwark Crown Court in December following disclosure failures on the part of the prosecution. This was an FPS case, the specialist prosecution group who were examined by the HMcpsI in 2008. A series of recommendations were made in this report, two of which specifically dealt with disclosure. Recommendations are made to address a significant weakness and should attract highest priority.

The CPS had been heavily criticised for it’s approach to disclosure in the 2007 report and since then the law has changed with a more streamlined and amalgamated test, a new code and new AG guidelines. The recommendations for the FPS included the following

” The FPS should develop systems for ensuring that prosecutors take a uniform approach to examining material , consistent with the terms of the disclosure manual.”

If the disclosure manual is drafted in accordance with the statutory obligations then this would be satisfactory. In my experience little has changed over the last 18 months to suggest that this recommendation has been implemented. There seems to be an inconsistent approach to whether an unused schedule should be served, some prosecutors suggesting that that this should not be provided until a defence case statement has been sent. Others take the view that the schedule can be served but items should be treated as clearly not disclosable until a defence case statement has been served and even after that the FPS lawyer may refuse to disclose material in spite of counsels’ advice or the disclosure officer’s decision to do so.

Problematically these schedules are often incomplete or inaccurate and are provided so late in the day that crucial decisions cannot be made in respect of applying to vary or discharge a restraint order as material has not been made available. When unused schedules are drafted inaccurately or in a misleading way there is always the danger that exculpatory material will be disclosed too late to be used or not at all as happened in a trial recently when we had not been provided with a piece of unused evidence which, had we seen it, we would have been able to make a hearsay application and more accurately convey the circumstances of the alleged offence to the jury. Each disclosure request, if it is responded to at all, precipitates a stream of correspondence and inevitably results in a hearing which is wasteful and time consuming for all concerned.

Disclosure is treated as the elephant in the room by legislators who consider defence requests as an attempt to delay or to derail proceedings. . Nevertheless proper preparation of a client’s case demands that this work be approached seriously and thoroughly. Blanket refusal to disclose or an erratic and inconsistent approach to disclosure inevitably causes wasted court time through section 8 applications and other hearings which could be avoided. The CPS and the FPS may be overworked and underfunded, although any practitioner carrying out publicly funded work is in the same position, but their job would be easier and their success rate in terms of convictions would be higher if they adopted fully the recommendations of the Inspectorate. It must be a case of applying the first principles. The prosecutor must ensure before charge that the investigators have complied with their obligations to examine evidence which leads towards or away from a suspect. If this has happened, there will be no risk of cases collapsing when the prosecution are forced to disclose unused material . The Government considered a series of unsuccesful fraud cases in the research paper 06/31 which preceded the fraud act. One of those cases referred to is the Prudential, [ R v Melton and others] which was stopped for abuse of process following large scale disclosure failures on the part of both the alleged victim, police and prosecution.

The ruling in that case was salutary, the police and prosecution had abrogated their responsibilities onto the Prudential and disclosure requests were ignored for 2 or 3 years. In the recent case at Southwark the police had not obtained all the relevant documentation from a witness and following repeated requests to the FPS did not do so until a court order was obtained. Again this was evidence that the police should have obtained 2 years before and if they had done so, the defendant would never have been charged and more importantly would not have been remanded in custody.

A star will only shine if the organisation they are in supports them right down to their DNA. END_OF_DOCUMENT_TOKEN_TO_BE_REPLACED 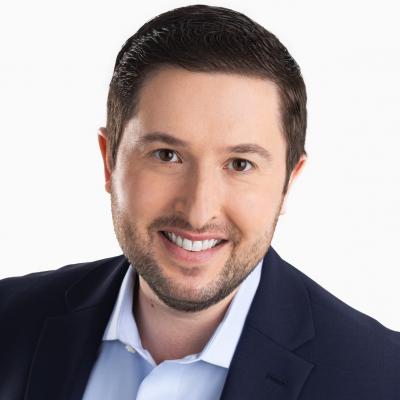