Business as usual for Thanos Hotels in Cyprus, “Jewel of the Mediterranean

Natasha and Thanos Michaelides, are owner-managers of Thanos Hotels, a well-respected, second generation family business with three large hotel properties in Cyprus. All in the five-star category, they have 576 rooms in total across the properties which include private villas and apartments. Their properties will be well known to some UK readers: they are the Annabelle, the Alymra and the Anassa.
Thanos and his sister Natasha took the time to talk to Karen Jones of Citywealth about the Cyprus bail-in, what they think about it and the reality for visitors to their beautiful island which sits in a bay off the coast of the Lebanon, Turkey, Egypt, Greece, and Israel and which is well known for its long summers.
Thanos Michaelides explains how life currently is following the global news of debt crisis in Cyprus. “Despite the media frenzy and images of queues with people at banks,‚Äù says Thanos, “there are no restrictions on credit cards or any difficulties for visitors. There are also no problems paying for things. There are some restrictions on capital movements for business but this is temporary. Day to day, it’s business as usual for Cyprus.‚Äù Despite this, he says, “Easter bookings were slow but we expect bookings to be positive and as busy as usual for the summer.‚Äù

The bail-in: only two banks affected: Bank of Cyprus and Laiki
Thanos continues: “The fine print or details of who will and won’t pay in the bail-in, haven’t been worked out fully yet. The Eurozone and IMF are using a bail-in formula where only the problematic banks will be held responsible for the debt. The Bank of Cyprus and Laiki are the only banks that will be affected and it seems that Laiki will be less affected than has been stated in the press. It will have just the bad parts liquidated so Euro 9bn from Laiki, will merge into the Bank of Cyprus.‚Äù

Great sense of community in Cyprus and support for Nicos Anastasiades
Cyprus was jubilant before the election about lawyer, Nicos Anastasiades coming to power. I ask Natasha and Thanos if he has taken a poisoned chalice. Natasha responds, “This situation wasn’t his doing, it was timing and we believe it is too early to judge him. It’s not about him anyway in the short or long term, it’s what all of us can do for the country by pulling together. Cyprus will get out of recession sooner rather than later, we believe. We have a strong sense of community and understand our obligation to staff and suppliers. Through this difficulty Cyprus has not sunk into riots or had strikes. People are upset and sad but we are different to the Greeks. We have lived through war and we are a much more resilient people.‚Äù

Cyprus government talking to local business
Thanos picks up the theme. “The government has already spoken to us to ask how they can help. There is lots of positive action that can be taken for hotels. We need more infrastructure to enhance what we have on the island. We could build more golf courses for instance. We would also like to see lower energy costs. Currently, hotels pay a special tax for energy which, if lowered would help bring down our operating costs. Lending rates also need to fall. Lending is currently at 8-9% but the hotel business is capital intensive with high debt. There is Euro 2.6bn hotel debt in Cyprus as an industry because it is very labour intensive. It will be crucial to lower the rates of debt to continue to employ more people and also not to lay off people.‚Äù

UK legal system in Cyprus still attractive to international business
Thanos adds, “Even if money is taken from families here, we have a UK-based legal system and the company tax is still low at 12.5 % (it was 10%). It means that people don’t just come here for tax reasons so business will not just slip away.‚Äù
Nicos Anastasiades spoke of union reform during his election campaign. After such an economic shock, I ask if is this likely or probable now? Thanos thinks so: “I think yes. Unions and the people of Cyprus will be more flexible now. Unions won’t be so aggressive. People understand we have to make this new world work.‚Äù

The Eurozone/IMF proposal is sound but could have been announced better
“In short we agree with the bail-in‚Äù, Says Natasha, “but don’t think it was done properly. There was bad communication and the announcement shocked people. We think the past government left this mess for Nicos Anastasiades. They didn’t want it on their watch. Because of this, problems mounted up and got much worse than they would have been if tackled earlier.‚Äù

Russians are upset but Euro 5.8bn considered too small to lose sleep over
“All the 40,000 Russians live in Limassol,‚Äù explains Thanos. “They live here and we don’t see any leaving because they love the life here. We haven’t seen any reaction from Russia either. Yes, some have lost money and are upset but it’s small money for Russians. We also see Chinese here but generally they only buy holiday homes, they don’t stay.‚Äù

Laiki should pay for their mistakes
“It is right that Laiki pay for their mistakes,‚Äù says Thanos. “The government were involved a year before and the government was responsible for day-to-day running of Laiki but it was left to be a train crash because of the impending elections and so the problem grew. The difference in Cyprus ‚Äì and why the depositors ended up paying more than other countries ‚Äì is that Cyprus banks don’t have many bondholders. In this clawback scenario, shareholders are hit first, then bondholders and then depositors. If we don’t have bondholders then depositors are the next in line. This is not an unusual decision. Banks always have this inherent legal risk in good or bad times.‚Äù

Cyprus will never be like Cuba
Thanos: “We have a highly educated community, most Cypriots studied in the UK. We are well travelled and know we have potential for a lot of international business despite the economic problems. We won’t end up like Cuba.‚Äù

The Thanos business: UK is our biggest tourist customer
“The UK is a key market for us and we understand what people want. We have just built our third private residence at the Anassa property by Paphos. It is a villa with 200 sq metres and we have found demand is strong for this type of property. Clients take them for between 2 and 4 weeks. The price tag is 4,000 euros a day. Its key selling points are lots of space and beautiful views but we have developed the offering so a chef can visit and cook for residents.‚Äù

Good reasons to visit. The warmest island on the Mediterranean with the longest summer
“We have a long summer season from 1 April to the 3rd week of November. We have a high temperature of 30 degrees. We are the warmest island on the Mediterranean. There is a lot of beautiful scenery and historical sights and coastline. People are easy to meet and very hospitable. There is an art scene in Nicosia and we are developing our offering in the hotels all the time. We now have baking classes at the Annabel.‚Äù

Final word from Thanos and Natasha
“Our message is, please support Cyprus‚Ä¶ and when you come spend wildly.‚Äù 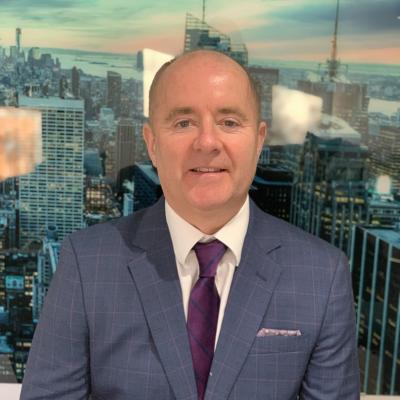 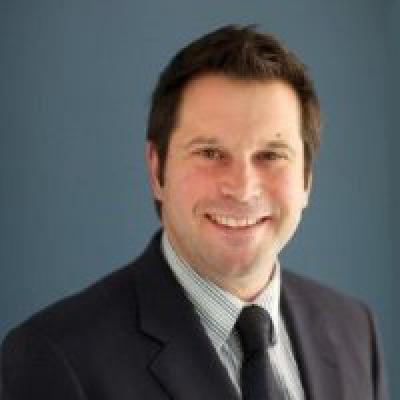 Diversity is the key to our success: accepting a religious blessing won us a client