On August 2nd, 2011, President Obama signed the Budget Control Act (Sen. 365 as amended). The new law accomplishes several things: it raised the debt limit to avoid the projected August 2nd default, it cuts discretionary spending by $1 trillion over 10 years, and it creates a bipartisan joint select committee mandated with the task of reducing the federal deficit by at least $1.2 trillion over 10 years by finding ways to make substantial reductions in spending and by possibly increasing revenue with changes to income tax rates and deductions.

The committee will make its recommendations in late November, and Congress will hasten to vote on them before the end of the year. In order to reduce the federal deficit, the discussion of tax reform has come to light. What that means is currently under discussion, but it is likely that bold, sweeping changes will result.

Three individual income tax brackets, as low as 8, 14, and 23 percent

Reduction of favored treatment for capital gains and dividends

Reduction of key deductions such as for mortgage interest, charitable contributions, and medical coverage expenses

A single corporate income tax rate, as low as 23 percent

Reduction in key business deductions/incentives such as the Section 199 deduction, LIFO, and oil/gas benefits

Switch from a worldwide to a territorial based international tax system

Asia under the wealth magnifying glass

However high profile government attention to stop the economy overheating have had a negative affect on growth and caused market volatility. Many global commentators are also warning about knock on effects from the USA following sub prime and high risk loan defaults impacting on emerging economie

END_OF_DOCUMENT_TOKEN_TO_BE_REPLACED 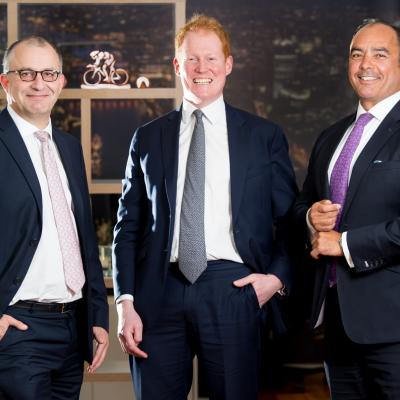