Surprisingly Chris White has only been in the legal sector for six years. For many, I’m sure he seems like a lifer, someone who has always been part of the legal IT crowd.
Starting his career in financial institutions he says his journey has not followed a normal path. “I came into IT by accident and was more involved in project management and business related projects than IT beforehand.” He says he was working at MPI, a pensions company who took a decision to spin the investment department away from the main company to make it a stand alone investment house. So he worked with the CEO of the asset management business on a corporate structure, recruitment, organisational policies and then wrote the IT strategy. I ask if this prove hard. “If you can write a business plan then it’s not that far away from understanding what the business wants and then providing the bits that make that happen. I’d been involved with IT in the past and ran some projects and also had good IT professionals working for me. So I developed the IT strategy then the CEO said we need an IT director, so gave me the job.”

Chris, who has an MBA, thinks it’s beneficial not to be too focused on IT. “The job of an IT Director and systems staff is very different, more like conducting an orchestra. I think a lot of IT directors get too immersed in the technology rather than the strategy. I think IT simply needs to meet the needs of the business and should spend time promoting the whole IT function to internal staff and beyond.”

He runs all the Ashurst IT globally and says. “We have one strategy.” They develop this in London and the majority of staff are based there too. “We roll out to the rest of world and IT works the same way it operates in Dubai or New York. Ashurst has a hundred staff of which eighty are IT staff and the rest support. “Paris and Frankfurt have three people and tend to have one person on the ground for training.”

Past incarnations included working at Schroders implementing a risk management system but a call from a head-hunter changed his life. “I didn’t know anything about the legal sector but a friend was a non Exec’ Director of a City law firm and said “if you ever get approached to work in a law firm it’s well worth considering: they are big entities and are businesses that offer a very good career.” Chris thought back to that conversation and made the move.

He says in some ways it’s the same role in that he manages a large group of people for a global business, but the difference is the ownership structure. “It has pluses and minuses. In the corporate world, I would report into CEO and get guidance. They would know a good deal about business, strategy and IT. Here I report to the managing partner who is a successful litigator in charge of a growing global business but without much experience. Here I am one hundred percent responsible for the IT, so they do what I say which is good unless I screw up then I’m out of a job.”

He says the way he explains the partnership structure to staff is to use a car analogy. “We spend a Ferrari worth of partners money on IT.” He also believes marketing the IT function is important in any business but crucial in a law firm because of the ownership structure. He comments “Lawyers are not naturally good at technology and see it as a cost and inconvenience. In my view we are spending their money and they need to know how we are spending it and the value they are getting. I also need to be close to individuals to provide them with IT that is relevant, I can’t second guess needs. They have huge pressures with time but if we are also putting in place three major systems we need a relationship strong enough to have them stay another hour after they’ve just done eighteen. The more I get them to understand the easier it is to get time with them.”

Ashurst are just putting in Interwoven DM which was chosen “after lengthy review process.” Although he says he did look at the competing offering, DM6.

For CRM they’ve also just chosen InterAction because “it was the right one for us.” He says “Throughout my career I’ve preferred to buy product rather than build. I don’t think there is sustainable advantage in using bespoke technology, so there is no need to develop our own.” He says this paid off in 2000 when many IT staff were rushing around sorting out Y2K problems but he simply got vendor updates. He elaborates. “It’s not the technology you use its how you use it. In CRM, there are lots of big firms who have InterAction but they don’t use it in a way that adds value to the business. Berwin Leighton Paisner are one of the only firms who are using it really well and now it’s the second most used system they have. They’ve really embraced it and used it.”

He skips back to his car theory. “You can have two identical Ferrari’s with one racing driver and a man on the street. The racing driver is going to get the best from the machine. The man on the street can only hope for the best. It’s about process, culture and how people use the system which makes a far more valuable implementation.”

Ashurst has a standard IT environment using standard technology. They are a Microsoft house and until now have used Hummingbird DM which is gravitating to Interwoven. Although it seems more work to move it, Chris says. “The work involved was just as great as a move. Yes we do have a lot of Hummingbird experience but it is such a major change that the disruption to the business was going to be the same.”

Ashurst also has CMS practice management and are replacing their home grown CRM system. Of their late take up of the software he says. “We took a while to go to CRM because we weren’t convinced that the firm would accept it. We’ve been making changes over the last five or six years in marketing and started the journey with the brand identity. The final piece in the jigsaw is the CRM system which will encapsulate all we’ve done in the past years.”

In last twelve months Ashurst has opened offices all over the world but Chris says as far as roll outs are concerned they now have a honed process, although adds. “There are local differences which sometimes cause hitches. In Dubai it the access to the internet is state controlled so special procedures had to be followed.

Chris says when he joined Ashurst it was a typical inward looking technical IT shop which had a bad reputation in the firm. “It was stuffed full of technologists and IT was in the basement. If someone had a problem they ran out and fixed it and went back. I’ve repositioned technology to be viewed as a real partner in the business.” He says in the corporate world he spent a lot of time fielding enquiries for technology but in law firms the big difference is that it’s the other way around. “People don’t come to us at all: we have to do the pitching. Lawyers only really know about the law.”

Of important areas, Chris says they never lose sight of day to day support. “Lawyers have greater pressure and are pushing technology to the limits. They need everything immediately and can’t have a PC off line for 5 hours. Clients are so demanding that lawyers need to have technology they can depend upon.”

Another areas he sees coming to the fore is risk and compliance. “It’s going to really start hitting. He cites some examples. “Merrill was fined on e disclosure because they couldn’t find emails and Freshfields in the M&S bid got into trouble with conflicts and Chinese walls.” He thinks US trends and Clementi are just building and that law firms haven’t seen anything yet. “With the change of ownership structures it’s just another move affecting the way law firms operate. We are on the verge of truly global firms of the like not yet seen.”

Of e billing Chris says. “It is talked about but not a major revolution.” He says they’ve offered it to clients but take up hasn’t been great. “There are always major panics about having these things especially if the market sees one law firm investing like Clifford Chance did with deal rooms. In my own view, lawyers love to work in Outlook and with the speed with which they work, deal rooms take too long to set up to be useful. Email is what they want and lawyers aren’t technology experts, which is why Blackberry has taken because it’s so easy. There is a great tendency to over complicate technology but it turns users off.”

The Ashurst tech’ budget is in line with law firms. “We don’t waste money and the percentage does vary but is usually around 4-5% of turnover. Decision making includes a steering committee who meet on a monthly basis. “I put to them the budget and plans for them to rubber stamp.” The committee involves the Managing Partner, Finance Director and five partners. Chris says. “It’s all part of stimulating the debate and getting people to think about technology.”

Chris says he “networks quite a lot” and mainly mixes with the top ten firms. “It’s mainly tech’ people who’ve come in to legal for the first time which I think is healthy for the market, we have different views.”

On the legal or not legal dedicated system debate Chris says. “We use what is best for us and don’t care if we do things differently to other law firms. With CRM we started with a fresh sheet of paper and reviewed technology out of the space but InterAction suited our needs.”

The main investment and most interesting phenomenon for Ashurst is mobile working via the web and Blackberry which Chris says has been his best value tool. “I have to respond to how lawyers work and they want Blackberry and email. We are moving back to replicating how they work. The Blackberry was the easiest thing to implement and had the biggest feedback. I’d never switch to Windows mobile. Why, when Blackberry is such value for money?” They just want access to their emails. So why start complicating things. If you do, they get confused and it goes wrong.” 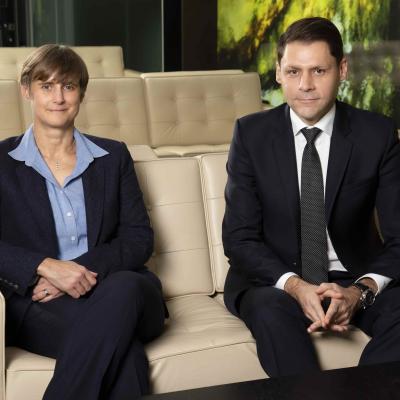 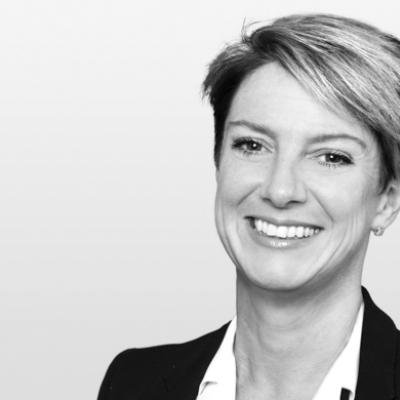 In our 60 second interview series, Elizabeth Hicks, Head of Family Asset Protection, London at Bryan Cave Leighton Paisner speaks to Citywealth about the need for creativity in resolving family disputes and how it isn't always about the money! END_OF_DOCUMENT_TOKEN_TO_BE_REPLACED