Betting on a sure thing: Absolute returns with Ermitage Wealth Management

loyal and courteous with a people-first attitude for all he meets.

Meeting him at his swanky offices in London’s Savile Row, I take time to get some history on him as an individual and Jersey as a whole before finding out more about the Ermitage Wealth Management investment business.

Andrew’s heritage is a mix of Irish and Yorkshire and he is the seventh child of seven children. He went to University in Ireland and during a holiday to Jersey decided to stay. He found a job twenty years ago in private client at Morgan Grenfell which later became Deutsche Bank. He laughs as he recalls his early working days. “Reuters and Bloomberg didn’t exist then. We had ticker tape and got research statistics once a year.” He says a big change came when email arrived but confirms “it was very restricted use, we still had to write out orders with carbon copies and had golf-ball typewriters.” He muses “We

had to respond to clients in five days, now we have to in a few minutes. We didn’t have computers then” He adds “With the launch of the Blackberry or Crackberry, we are never out of touch.” He then remembers a holiday to the Galapagos and says “that was the only time my Blackberry didn’t work. The minute I got back to mainland Ecuador, it was back.”

Surprisingly despite the Jersey Finance initiatives promoting the island, he believes that there is little community support for finance in Jersey. He frowns then says “there is plenty for agriculture and tourism but people believe finance might just go away one day and so perceive it as risky for some reason.” We laugh briefly. The idea of no financial business on Jersey seems absurd.

Of the trust business in the island Andrew deals with consultants like Peritus and ARC and believes consolidation of the trust business will continue because of the tough six eyes legislation which now insists that three senior managers are in place to oversee trust work. This has had a

dramatic affect in reducing trust company openings on Jersey. He says “If there are twenty people in a trust company, they are going to have to merge to survive” suggesting that expenses will be too high for the smaller trust operations. But balances his cautionary note saying “the legislation has removed the chance of something going wrong; nobody wants a blow up.” He pauses, and then says “Jersey finance is doing a good job. The non dom’ trust business is growing and for us it’s a great market to do business with.”

After Morgan Grenfell Andrew moved to Kleinwort Benson as a portfolio manager and becoming investment director managing around ¬£2 billion in funds for some years. He also sat on a committee overseeing ¬£9 billion but says that after a takeover by Dresdner, “things were less stimulating.” He reminisces for a moment on historical private client portfolios and gives us insight into Ermitages investment philosophy “back in 2000 there was a shake up in the market and traditional wealth management wasn’t protecting clients – the concept was still new then. A fifty percent correction took place which wiped out many portfolios. It meant that simply to break even from this point, you had to double your money.” With a recent Bank of New York report suggesting that there will be a trillion dollars in alternative funds by 2010, he believes this is pushing the growth for absolute return services like Ermitages through the roof. (GAM is their main competition). He comments “In rising markets we will under perform but in falling markets our portfolio’s rise. We have around 4-5% volatility against equity markets of 18%.” He continues “Absolute return management can bring 8% per annum over a seven year period without a worrying rollercoaster ride.” Then adds

“a few years ago, absolute return also wasn’t heard about but we now have two and a half billion under management and private wealth management is twenty five percent of our business HQ’d in Jersey.”

He reconfirms the sea change “We used to be on beauty parades just for bonds and equities but absolute returns are always included now.” He laments briefly that “clients are very demanding,” saying “we

often have to complete extensive questionnaires and many trust companies have panels of doorkeepers.”

I comment on the increasing institutional bank presence in the hedge fund market, which early players like Ermitage are now having to live with. Andrew is pragmatic “The number one reason why clients retain investment managers is service and we do our best at everything we do. He continues “I think the personal touch and pride have disappeared from this industry but it is very important at Ermitage.”

One of the equity backers in Ermitage is London-listed Caledonia Investments, who have the Cayzer family as major shareholders (33.5 percent in Caledonia). The Cayzer family, made their fortune in shipping before moving into financial services and this year banked ¬£237 million selling out Kerzner International to its management team, led by Sol Kerzner of Atlantis Hotel of Bahamas fame. The Cayzner family own 60% of Ermitage’s equity and are known to be sympathetic and long term investors which is a feather in the Ermitage cap. Andrew comments “They are a nice family group.” Also involved is Paul Myners and the management team who own the remaining 40% of the shares between them. Paul Myners, former Gartmore Chairman, is a renowned finance authority with commissions under his belt from Gordon Brown. A quick spin on Google shows that he’s a Rolls Royce businessman of undisputed AAA pedigree. His involvement demonstrates that Ermitage have backing from serious industry captains. Andrew comments “Paul undertook very tough due diligence which we felt,

Ermitage formed in 1984 and was an anagram of emigrate. It started out with low risk insurance products which are AAA rated and they still have these. They then progressed into low risk hedge fund of funds. He confirms that Ermitage Wealth Management runs offshore money saying that clients are international offshore trust companies in the Channel Islands, IOM and Switzerland. He adds that the company on the life insurance side is also ‚Äòbig in South Africa.’

Andrew believes that the absolute return concept is now established and its use is set to rise significantly. He tells us why “I think 2007 will bring a significant market correction ‚Äì not a recession or hard landing ‚Äì but earnings will fall and contract – there will be trouble.” To back up his case he says “our Long short resource hedge fund of funds is up 18%, against the

Goldman Sachs commodity index which is down 20%.” As an afterthought he says “If we are not going toward recession then commodities demand will remain strong. He says confidently “they are set to remain a super power with countries like China and India in the spotlight.” Although he warns “the dollar is vulnerable, so investors should buy carefully.”

Warming to this theme, Andrew continues with further thoughts and says “M&A will continue to be big and I think private equity players will start to club together to get the bigger multi billion deals. He says “private equity houses at the moment are just not big enough. They offer a seven year lock in with no money back and returns of around 10%.” Suggesting that there are better returns to be had elsewhere. He offers further

warnings “Residential property is now at the top of the market and the consumer is over extended. We are also seeing the funds flow coming out of the market.”

Of the Ermitage Wealth Management investment policy Andrew confirms “We don’t just pay lip service to wealth preservation, our first rule is ‚Äòdon’t lose money.’ We ensure clients get access to senior portfolio managers and although you have to have risk, we work hard to contain it.” He confirms that Ian Cadby, CIO is investment and strategy

director for all decisions at Ermitage. Ian is known to be a major part of Ermitages ongoing success and he and the management team (who include Andrew Whelan) are the reason they have such serious investor confidence. Andrew says “We want to be in the top quartile for investment returns so we look at managers and top down decisions carefully. In my view if we get that right, we will be doing well.” Of the market he says he enjoys “that it never stands still” and “when performance is great, life is great, when things drop, life understandably gets hard.”

As we are nearing the end of

the interview, I stop the positive talk for a moment to ask about the worse things he’s seen in the investment industry. He doesn’t hesitate: “With profits, locked people into unsuitable investments. Also I think disclosure and transparency of fees still needs some work.” He also disapproves of front end commissions saying “Its still common practice.”

So what of the future? Andrew expects that ” In five years time we will be looking at acquisitions: more offshore wealth management or hedge fund

And finally global trends affecting us all? He speaks knowledgably, ” 2007/8 will be tough. In the US in 2008 there will be a large amount of people reaching sixty two who were baby boomers after the war and born in 1946. They will be forced into retirement and draining large amounts from retirement funds so the economy will go into negative savings reserves. On the reverse he says “there is massive wealth generation around the world and entrepreneurs will be more important than ever in creating wealth and balancing these downturns.”

Just before we end, I steer the topic onto his home jurisdiction of the well

respected Jersey (Channel Islands) and ask who Andrew respects and works with most. He doesn’t hesitate and recommends “John Davey, Investment Director at Collins Stewart” He adds ” they recently bought Insinger but are selling Tullets.” He also says “We respect Ashburton too.”

And a final word on our Chancellor Gordon Brown? Andrew sighs and says: “No comment.”

Three things to know about what Ermitage Wealth Management offer:

They are multi manager and only invest in hedge fund of funds for private clients (not single manager).

They have some investments with three month lock in so clients may need to be made aware of this.

Expense ratio is high. Although strong investment performance is net of fees.

Volatility is extremely low, this should rise

Interest rates have been low but are now rising

Correlations are high, this will mean revert

Flow of money coming in is good 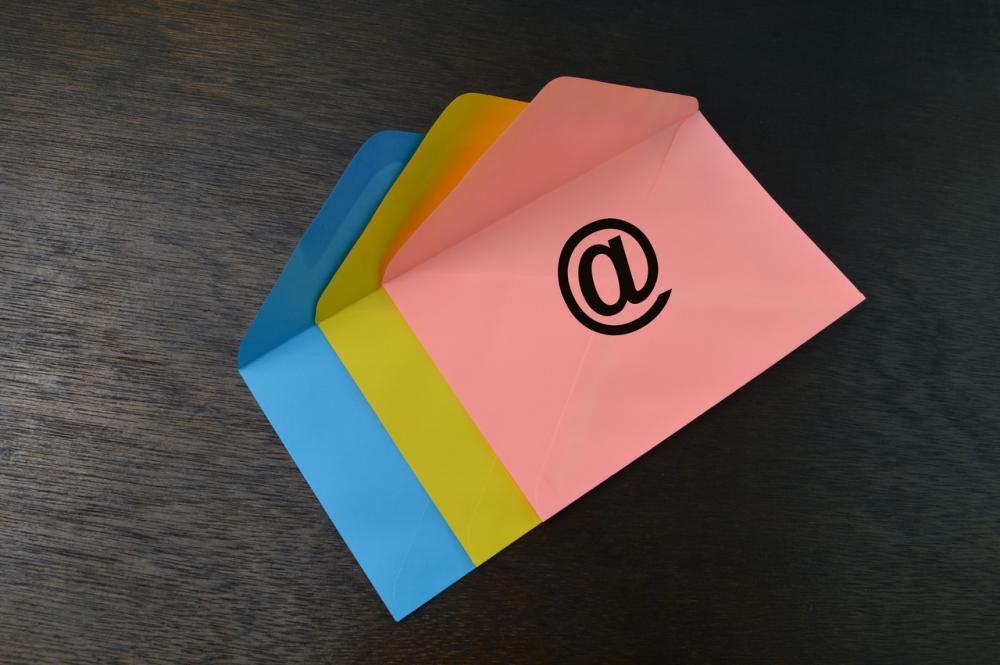 Can an email be a valid Will? – The estate of actress Anne Heche and her purported email Will

Anne Heche, who sadly passed away in August 2022 at just 53, did not leave a Will. Can an email allegedly sent by Heche in 2011 represent a valid Will? Michelle Chapman, Wills, Trust and Estate disputes Lawyer at Irwin Mitchell, proposes her analysis. END_OF_DOCUMENT_TOKEN_TO_BE_REPLACED