Asia under the wealth magnifying glass

Asia has been under the wealth magnifying glass for a number of years with India and China attracting the majority of press attention. Singapore and Hong Kong have also been in the spotlight, now maturing as ‘hubs’ for outer lying areas of Asia. But according to a recent survey highlighted by John Elder, Director London and International Mellon Family office Services in London, Korea has become the ‘one to watch’. Their stock market has jumped into the limelight with their best performing month in February 2007, delivering just over 5%. In contrast India’s stock market saw a decline of more than 7% over the same month.

Although most economists think Asia is cooling, reports from the Asia Pacific Merrill Lynch wealth report published last year in partnership with Cap Gemini, identified a wealth universe of US$7.6 trillion to tap. This is growing at roughly 7% a year against 6% for the rest of the world. China and Japan accounted for more than sixty five percent of this market share with their individual wealth pegged at between US$1 million-US$5 million per individual. Other Asian based operations like Equity Trust, disagree with the Merrill Lynch Cap Gemini size of client and reveal ‘big ticket’ ultra high net worth Asian clients worth tens of millions walking through their door.
Whatever the figures, Asia continues to deliver numbers on the bottom line. Dirk Chanmueller, Vice President of Consulting Group, Capgemini based in Shanghai said the Chinese economy is soaring suggesting the market rose by as much as 130% at some points recently.

However high profile government attention to stop the economy overheating have had a negative affect on growth and caused market volatility. Many global commentators are also warning about knock on effects from the USA following sub prime and high risk loan defaults impacting on emerging economies and stunting growth.

These concerns come into sharp focus with a report Mellon Private Bank share with us. It shows the Shanghai stock market losing 11% of it’s value in early February ’07 in domestically traded stocks over a period of only five days, after recovery it crashed again by around 9% on February 27th. This sharp movement has sent investors running for the airport with every major global market subsequently declining. The Hong Kong market suffered a similar dip.

Chanmueller adds a steadying comment “I don’t think the US sub prime market dipping will have much long term effect nor the recent erratic markets. Stocks have shown they can recover quickly from unexpected falls.”

As to why China should see such magnificent rises in stock markets Chanmueller says there has always been a lot of money to invest in the region. He thinks that confidence levels were previously low so high net worth investors stuck to real estate. This has now changed and alternative investments like stock markets are seeing an increase in local speculative money. Chanmueller comments “in my experience the local Chinese investor wants quick returns; they aren’t like US high net worths putting money into long term pension funds.”

I ask Chanmueller about newer areas like private equity but he says foreign companies have no access to Chinese stock markets which would limit private equity progress locally. A Hong Kong view from Philip Millward of law firm, Walkers differs. Millward tells us why “I’m seeing a sharp increase in private equity work and the size of the funds are getting bigger. A recent comment in HedgeWeek from the Brazilian Association of VC and PE, said that Fund raising for emerging market private equity has more than tripled in 2005 to US$22.1 billion from US$5.8 billion the previous year, and the bulk, about US$15.5 billion, went to Asia.” Millward continues “there are burgeoning opportunities in Asia but I think the US sub prime and ‘Yen Carry trade’ problems have the potential to affect assets flowing into the region.”

Philip Millward, a partner, at Walkers Hong Kong arrived in the island in 1993 and has spent the last decade working with fund managers in the region. Although the hedge fund industry in Asia is in its infancy, Millward says when he started out he worked on single country funds like The Bombay Fund. The focus was on single country, long only strategies but now products layer multiple strategies over multiple countries and sectors. Millward also sees a continuing trend for hedge fund players to move operations to Asia and expects more start up funds. Millward says “managers want to be on the ground in important Gateways to China (Hong Kong) and India (Singapore).”

Millward hopes the competition between Hong Kong and Singapore as financial centres will attract new service providers to open. He says like many jurisdictions there is an undersupply of administrators. This means some funds are experiencing difficulties in setting up in a timely fashion or are rejected as being ‘too small’ in favour of the bigger deals. A report last week in Citywealthmag.com newsletter underlined this problem. It revealed forty administrators now operating in Guernsey, who are all at maximum capacity, having to work around the clock to cope with the influx of private equity fund admin’ demand from the USA.

Another partner at Walkers in Hong Kong, Carol Hall reveals there is another trend toward hybrid funds which mix both private equity and hedge. Hall comments “as well as this development we also expect an increase in hedge funds picking up distressed funds in liquidation.” Hall continues “Other trends will include more opportunities in the Asian private debt and structured finance markets as well as in special equity situations, which should trigger innovation by hedge fund managers. They will need to find ways for investors to access these opportunities.”

One problem Hall sees with the explosion of hedge funds is increased disclosure, especially if there are some high profile collapses. Hall explains why “it will be an attempt to avoid claims from high net worth or institutional investors in times of distress.” Hall also offers some pertinent advice “Potential investors, particularly with private fortunes, need to improve their awareness of a manager’s experience and techniques prior to making an investment. In my view a savvy investor should perform greater due diligence before committing capital to a hedge fund, particularly in Asia. They would do well to establish how such hedge funds performed during the Asian market downturn in June 2006 and March 2007. Successful hedge fund managers should have managed their positions in such a way as to minimise any loses.”

Recruitment has always been difficult for wealth managers in the region and with hedge fund managers also wanting expert wealth business developers, the pressure will intensify. The London market is already seeing experienced ‘heads’ poached from wealth management operations into hedge funds, keen on reaching the intermediary market and high net worth investor. Asia has wealth heavyweights like Barclays, Merrill Lynch and Credit Suisse in perma-hire mode but Barclays recently stole a lead with the star hire of renowned, Didier von Daeniken. The former co-head of Asia Pacific private banking at Credit Suisse. He joins Barclays as Managing Director and Head of Barclays Wealth, Asia Pacific, from June 1st. Barclays Wealth has a hundred staff in Hong Kong and Singapore.

The Cap Gemini Merrill Lynch Asia Pacific wealth report estimates there are 320,000 dollar millionaires in the region which means if you want a wealth manager to client ratio of one to 60, you would need 5,000 wealth managers on the ground, from the word go. This highlights the pressing need for staff to maintain quality private banking operations. Chanmueller offers an insight “lots of people are coming over from Hong Kong which is important. If we get the skills into the market, it will help confidence in wealth management as a concept.
Chanmueller of Cap Gemini who has lived in Shanghai for three years, agrees with the sentiment of Carol Hall at Walkers and says the outlook is optimistic: Asia is one of the fastest growing markets for fund managers and banks. Mentioning China particularly, he does warn private banks, that competition from domestic operations is growing locally as they get interested in the wealth management space and they are doing well in gathering market share. Chanmueller adds an aside “any operation investing in China would need to include hnw education in their strategy; there is limited knowledge about wealth management offerings in China.”

Chanmueller says of the different countries in the Asia group that, Japan is the acknowledged major market. It has US$3.5 trillion of Asia-Pacific’s US$7.6 trillion pool of wealth, approximately 45.8%, contained within its shores. Shanghai has successfully challenged Hong Kong to become the gateway to China and Korea, Taiwan and Indonesia are countries that hold easy expansion opportunities for wealth managers with well informed markets. Although Korea is the star for 2007 it has a relatively low take up of alternative investments like hedge funds which is put down to limited availability in a relatively new wealth market.

The Asia Pacific Cap Gemini report says that to reach out to clients in this region, banks or funds must work with busy entrepreneurs in ways that are useful, then sell services later. They suggest helping prospective clients with cash management or encouraging them set aside capital for emergencies. The report warns “The need for wealth management is often not obvious to Asian entrepreneurs, steady marketing will allow them to gradually increase their investment competence.” 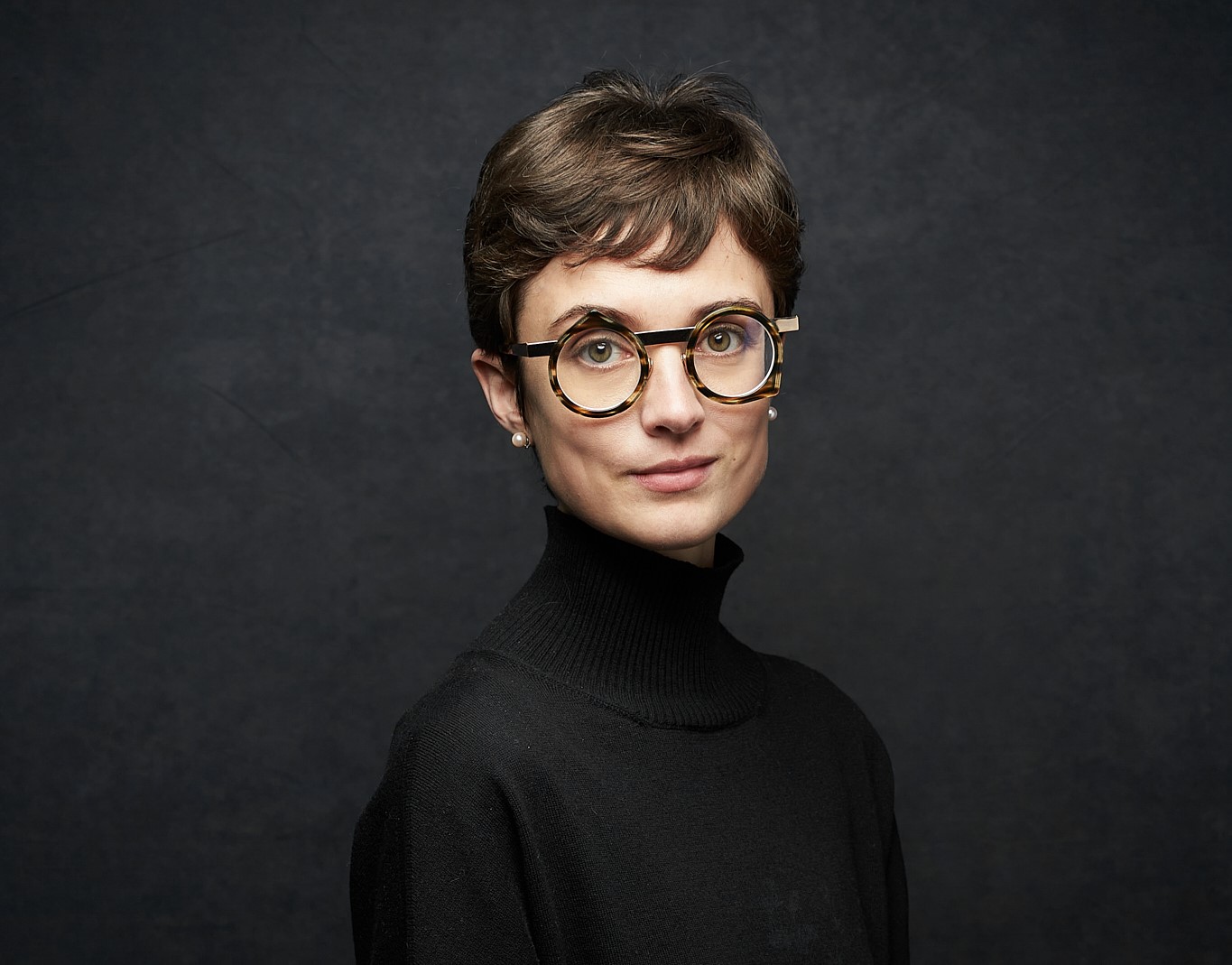 Silvia Merler, Head of ESG & Public Policy at Algebris Investments, comments on the importance of the COP15 biodiversity summit. END_OF_DOCUMENT_TOKEN_TO_BE_REPLACED