What is culture and why does it matter?

In our first article, we went over the two major deal types being used in the market today:

Today we will look at the importance of culture in making an acquisition successful and the different ways it should be approached depending on the deal type.

The importance of culture

Culture is what defines what we value and how we work together.  In both asset deals and share deals, one must always remember that we all want to know what is considered desired behaviour and what is not.  It is not reasonable to believe that, just because of a transaction, all what was important yesterday is no longer valid today.  How will be judged going forward?  These are the questions that need to be positively answered in order for these transactions to be successful.

Whether it be a share deal or an asset deal, one is acquiring a new set of employees who worked in a certain way for a long time.  Any purchase is very disruptive, and the new owner must exercise great care in making sure that the work continues to go on as usual.

This will be a period of great unease and the owner must be sure to allocate much time to communication and – more importantly – listening to the concerns of the newly acquired staff.

Sadly, it most often the case, that the new owners spend the majority of their communication telling the new staff all about the firm that has acquired them and not much time listening to their new employees explain how they worked successfully up until this purchase.

As is usually the case, we have two ears and one mouth, and we should use them in that ratio of 2:1 in terms of listening and speaking.

When acquiring the entirety of a firm, the buyer must respect the newly purchased organization, its history and ultimately the culture that made them worth buying.  What one tends to do in these cases is to rapidly integrate the organization without spending the time to really understand what makes the newly purchased organization tick.  Although the owner thinks they may know the firm well after having spent weeks in data rooms and a few interviews, this is far from understanding an organization.  In many ways, one can say that once the deal has been concluded, only the quantitative data has been reviewed and now the work of the qualitative data begins.

On paper, the organization was worth buying and now it is owned.  As mentioned, the immediate temptation is to force the new firm into working exactly like to the buyer as quick as possible.  Of course, there is a financial necessity the acquirer to do so but I have these this have a very adverse effect on the most valuable asset in the acquisition: the people.

Once the deal is announced, the owner sets timetables and deadline and the new employees already feel that they are on the back foot.  This can lead to resignations and an unease that will be difficult to rectify.

Treat the first part of the new ownership as the qualitative part of your due diligence.  What would you normally do in terms of assessing something qualitatively?

What is a qualitative review?

“A qualitative systematic review derives data from observation, interviews, or verbal interactions and focuses on the meanings and interpretations of the participants. It will include focus groups, interviews, observations and diaries.”

Now we are not saying that the new owner should spend 18 months doing a qualitative review before starting implementation; we are saying that interviews, group meetings and discussions need to be planned as of day one.  As the new owners, you have only spoken to a handful of people up until now and only have a very limited view on the organization.

The owner should try to have as many interviews as possible in the first few weeks.  It is important that this follows the hierarchy managers first, supervisors second etc.  This will show the owner’s interest in the people and a propensity to being open about the future.  The owner is doing their homework on the organization they have just acquired.

The owner should ask each department to do a show and tell about the history of their departments, what they are proud of and what can be improved.  In many cases there is an opportunity to identify best practice and integrate it into the future combined organization.

This is an area where it would be most beneficial to discuss this in a series of group discussions.  People with feel empowered to say what is important to them, what has bothered them in the past and what can be fixed for the future.

If there are some values or code of conduct that the employees are very important, if possible, it is a great sign to incorporate them into the new organization.

The importance of being transparent

The best integrations I have been a part of are those who were honest with the newly acquired company.  This meant to not eschew discussions on redundancy within the confines of the law.  It is more important to state the facts of what the end game will be and what is expected of those working themselves out of a job and what those people can expect at the end of their employment. This enables the new owner to control the situation instead of having sudden key man risk departures and having to scramble in order to maintain a smooth transition.

The worst integration I worked on was one where it was decided to have every individual in both organizations reapply for their jobs.  This led to great unease in the company buying the new company and generate false hope for many people in the company being acquired.  Since this was protracted over several months, several people from the buying company that were being counted on for the future left whereas many people in the new company had pinned their hopes on being hired by the new firm, honestly never had a chance.

It is best to be honest and transparent from the beginning.  Keeping information from employees is both dangerous and disrespectful.

Culture in an asset deal

Culture in an asset deal is fundamentally a different beast.  In many ways, doing an asset deal is very much akin to doing a large onboarding of individual employees.  In many ways this should be treated as such.  One cannot assume that these individuals are thrilled to have been acquired.  One must take the time to listen to their concerns, suggestions, and act upon them.

Why is this important?

Ultimately your new employees had no choice in the matter.  One day they were happily working for Xbank and from one day to the next, they are working for a new organization AND they have to explain and/or convince their clients that where they (the new employee) are now, is the best place for the client to be.  This is a lot to digest all at once and they do not feel in control.   They had adhered to a corporate culture one moment and all of a sudden all has changed.  It is vital that they are heard – individually – in order for them voice their concerns.  If there are culturally positive things that can be incorporated into the buyer’s culture, every effort should be made to do so.  This empowers the new employee as well as confirming the buyer’s openness and pragmaticism.

Behave as if you are marketing the firm to the new employee – because you are.

The only reason you bought these assets is because you need them and the people who support those accounts.  The account managers will need to be convinced of the firm that has acquired them and then be conversant enough to convince their clients.  These are the individuals that will either make or break the transaction.

In my experience, the best asset deals were run like internal onboardings, interviews were had, presentations of the firm, close support in terms of training on systems and a very early on list of meeting with colleagues, support staff and management.  There should not be a day in the first few weeks that the new employee does not have an onboarding event in their calendar.  This mission is to make sure that they feel individually valued and integrated from the outset.  If all goes well, within a year it will be difficult to tell who is from the buyer and who came across with the asset deal.  Once the newly acquired employee feels that they ultimately chose to stay at this new organization, the onboarding can be deemed a success.

How it can go wrong

The way if have seen this go wrong in the past is when the buying organization treats the transaction as a purchase of employees that need to do what they are told, not employees to be convinced that they are joining a team where they will be valued.  As mentioned previously, these are individuals that need to be sold that this is the place they should be not a place they HAVE to be.  Although there may be lucrative 2-3-year lockup clauses for the new employees, I have seen many of them leave the minute the contracts had expired.  Additionally, I have also seen that certain teams never integrate and remain a team within a team which breeds both politics and unnecessary friction. 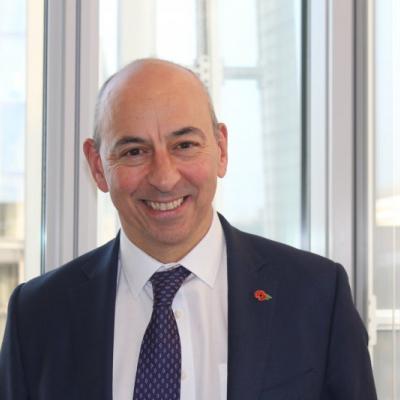 Sancus BMS Group, the niche asset backed alternative lender, has announced that Bob Rowbotham has joined their team in London as Director of Business Development. END_OF_DOCUMENT_TOKEN_TO_BE_REPLACED

The new hires have substantial experience.