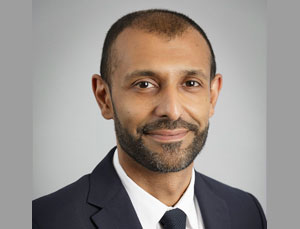 Qunmber Ehsan, partner at Child & Child, talks about last week’s Global Citizen Forum in Monaco, which saw proposals for a “global citizen tax”, levied on UHNWs moving to the EU, to support humanitarian efforts for the refugee crisis.

What are the effects of the Syrian crisis?

The obvious immediate effect has clearly been on Syrian national UHNWs, who have either left Syria, relocated their families or are in the process of doing so, regardless of which political movement they may be aligned with. The ripple of the conflict, however, has been felt throughout the region. We have noticed a greater interest in UHNW individuals, particularly from the Levant and Gulf states seeking to move investments abroad and relocate families, with London being the prime choice of destination.

Is everyone leaving Syria and bordering countries?

In the region such as Iraq and Libya, UHNW individuals have been amongst the first to leave, often being in the favourable position of being able to do so which is not always available to the rest of the population. Syria and Egypt have been slightly different, as many have stayed even if their families have moved. This may be because they are linked to the regime or are seeking to safeguard as many assets as possible which often requires their presence in the country.

Where do UHNWs go when they leave conflict zones?

The most popular destinations in conflicts in the Middle East are either Dubai or London. Dubai allows relatively simple access, but many UHNWs tends to follow a long-term strategy of obtaining EU residency that allows for a full exit should that be required.

What happens to assets when UHNWs leave conflict zones?

Many have diversified assets but other nationalities not currently pulled into the conflict, now want to move assets and wealth away from the region, almost a “just in case” strategic move.

Do UHNW individuals apply for asylum when they come in the UK or do they seek advice on other forms of immigration?

I have found it rare for UHNWs to seek asylum as they often have the wealth and entrepreneurial skills to seek entry via other routes. We receive most enquiries regarding either the Tier 1 (Investor) visa (minimum £2 million investment) or the Tier 1 (Entrepreneur) visa (minimum £200,000 investment into a business) which allows an individual to move to the UK with his family. There also tends to be a sense of national pride and these individuals do at some stage want the ability to return to their country, once the region stabilises. If they claim asylum, then they are barred from doing so.

How do UHNW re-establish their wealth when they re-settle?

Many individuals will already own a property in the UK, generally in London. They will generally increase their real estate holdings; both commercial and residential developments have proven to be very popular because they offer stable growth and are a great avenue into which they can move their assets

It is fair to say that most, if not all UHNWs have contributed to charity organisations in trying to assist their fellow, less fortunate countrymen. Recently, at the Global Citizen Forum in Monaco, there were proposals for a “global citizen tax”, levied on UHNWs moving to the EU, to support humanitarian efforts for the refugee crisis.

Tell us about some of your cases.

I have acted for UHNW individuals who have moved from conflict zones such as Libya, Egypt, Syria and Iraq. A very wealthy Libyan family were able to move to the UK by way of an entrepreneur visa. They are now involved in construction in the North West and were fortunate to have been able to safeguard and relocate most of their assets during the crisis.

London will remain the number one destination for UHNWs, mainly due to lifestyle and the attractiveness of London as a place to live. However, competing EU residency programmes such as Malta, Cyprus, and others are giving UHNWs pause for thought, and I foresee that the London factor may lose its allure unless the government creates a more attractive or faster entry system.