Moving to Monaco: more than a bolthole

A few years ago, the average billionaire looking to buy or rent an apartment in Monaco was happy with a couple of bedrooms and a few visits a year to the principality on the French riviera. But times have changed, and Covid-19 has only served to speed up a demand from the world’s wealthiest to make Monaco their family home and the centre of their finances. Claire Coe Smith speaks to advisors on the ground for the real story behind BBC documentary ‘Inside Monaco: Playground of the Rich’. 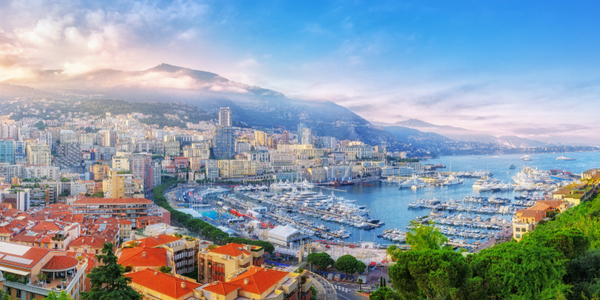 “More and more, when authorities are granting residency certificates, they are doing increased research and they want to be sure the residency is not artificial,” says Xavier de Sarrau, a partner in Gordon S Blair Law Offices. “One way of establishing that is by looking at the number of days spent here, but another is to investigate where that individual has established the centre of their financial interests and where they are managing their wealth. It is becoming much less acceptable to sit in Monaco and have your bank accounts in Zurich or London. The authorities now demand you move a significant proportion of your assets here.”

Typically, that in turn means establishing a single family office in Monaco, which is on the increase. That is viewed favourably by the authorities, says de Sarrau. “In the same vein, the use of Monaco structures for holding assets all over the world, including French real estate assets, is growing in popularity. There is a high level of confidentiality assured, which people like, and it is also a relatively effective estate planning mechanism,” he adds.

Not only are ultra-high net worth individuals moving their assets to Monaco, they are increasingly moving their entire families in too. Historically, the shortage of family-sized apartments in the city-state was a big deterrent, but while Monaco remains one of the world’s hottest real estate markets, that issue is being addressed. There are a number of new developments in the pipeline, such as the ambitious land reclamation project at Portier Cove – showcased in BBC’s documentary series ‘Inside Monaco: Playground of the Rich’ – that will come online in 2025, and developers are wising up to the demand for family homes.

“Our clients are getting younger and younger,” says Irene Luke, partner at estate agents Savills in Monaco. “People are not coming here to retire any longer – there are good schools and amenities, good communications and good transport links between Nice and the rest of the world. People are bringing their whole families with them and putting down roots, which means they need more bedrooms.”

Monaco remains the most expensive place in the world to buy a home, with an average price per square metre of over €48,000, double that of New York. Portier Cove is being built on six hectares of land reclaimed from the sea and will feature 120 apartments, villas and houses, due for completion in five years’ time. “Otherwise, there are three other developments going on, but some are available only for rental and some are not going to be ready for three or four years,” says Luke. “There is a pipeline but people need to be patient and make some compromises. This is not London or New York – we are dealing in a market where we have got a lot of 1970s building that perhaps haven’t been renovated as much as they could have been.”

Still, the impact of Covid-19 seems only to have heightened demand for space in Monaco. As one of the least affected countries in Europe, Monaco has confirmed 117 cases and reported four deaths, according to data from Worldometer at the end of July. The principality was able to flatten the curve of infections quickly, every resident was tested and continues to be, and the robust health system of first-class hospitals ended up sending doctors across the border to France to support its neighbour.

“The lockdown here was pretty strict,” says Hugh Wade-Jones, managing director of Enness Global Mortgages, which helps the wealthy buy homes. “People had other places to go to and many chose not to lock down in their small flats here and went elsewhere. Monaco opened up pretty fully at the end of May and it is a strictly policed place, which people like, so they follow the rules.”

He adds: “We hear the demand from people wanting to enter Monaco has never been higher, which is testament to how people’s minds all over the world are moving towards security. We see demand continuing to come from the Anglo Saxons, the Europeans, but also increasingly from the Middle East and the Far East, and from high net worths in Africa.”

Tax is an attraction, but not everything: “Most people are moving to Monaco for tax reasons,” says Wade-Jones, “but the reality is that if you don’t want to pay tax, there are lots of places that you can go to that are much cheaper. So, tax is just part of the puzzle. One client said to me he lived in Monaco because he wakes up every day and feels like he is on holiday.”

De Sarrau adds: “In the wake of the pandemic, we see more and more people saying this may well start again. If it does, and there is another lockdown, they want to be confined in a country like Monaco where everything is well organised and friendly, with good hospitals.”

The virus has also created work for Monaco’s wealth advisers. William Easun, managing partner at Tempest Legal, says: “People have certainly taken more interest in their mortality over the last few months, so I have been doing more estate planning, culminating in wills.”

A growing number of clients are choosing the microstate for estate planning: “Back in 2017, Monaco brought in its private international law code that covered succession and estates and turned on its head the former approach,” explains Easun. “Now, a Monaco resident can cause Monaco’s succession law to apply to their assets worldwide by doing nothing, or they can choose to follow the succession law of the state of their nationality by electing that in a will. The subtlety is that it means not only choosing the laws that apply, such as whether your descendants have certain rights, but also the way in which the estate assets are administered, because jurisdictions differ radically over how they deal with probate and the transfer of estate assets. Executors exist in common law but not in civil law, for example.”

He says Monaco has ridden the Covid storm well, and the world’s wealthy continue to find that attractive. “Travel is no longer guaranteed or easy,” he says. “If you’re of a European nature and have European family, you might now be minded not to go thousands of miles away to live if you are going to risk getting stuck there. And then there is the fear of unrest.”

Many countries have seen civil disorder as the virus wreaks havoc on economies and certain parts of society. “Monaco is expensive but it is very, very safe,” says Easun. “If you want to wear your best jewellery when you go out to dinner and not get mugged, this is a good place to be. Now is a time when that comes into sharp relief.”

It is little wonder that the demand for family homes slows no signs of slowing.

If you are looking for an advisor, visit the Leaders List to view the profiles of recommended individuals and read reviews left by peers and clients. You can also leave a review for the individuals mentioned in this article by following the link on their name.