MONACO yacht show update: Not ending up in a stew with crew

As recent changes to French employment law bring to the fore the challenges of crew employment aboard superyachts, Citywealth’s April French Furnell investigates how owners and managers are adapting to the new regulations. 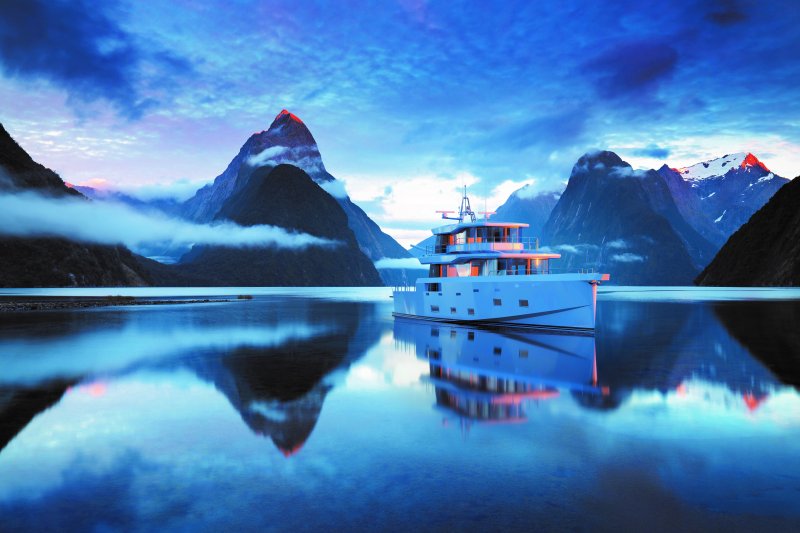 “Crew employment continues to be a tricky area to navigate” according to Mark Needham, a partner at Hannaford Turner. “Owners generally want the best for their crew and are happy to invest in training and looking after them and they want to employ them in a fair and reasonable way”, he acknowledged.

Yet, as with all employment scenarios, disputes occur. Nick Humphreys, a partner at Penningtons Manches Cooper points to three main causes of disputes aboard superyachts: dissatisfaction of the owner with the performance of crew members leading to summary dismissal, bullying claims arising from crew members not getting along, and sex discrimination: owners have been known to dismiss female crew if they fall pregnant.

A growing concern for superyachts owners and managers is the employee-centric approach in France and the application of French law to employment contracts. While there has always been a risk of crew taking complaints to the French employment tribunal and a tribunal reclassifying a foreign law contract to apply French law and its ensuing obligations and rights, “now, in addition to this risk, the code de transport has added an obligation for employers/employees to pay into ENIM (mariners’ social security) or ensure equivalent rights elsewhere”, explained Dani Allen, an English solicitor in the Paris office of Penningtons Manches Cooper. While she adds that it has “simply codified certain obligations to be in line with the Maritime Labour Convention”, it has brought the issue of French employment to the fore.

According to Needham, “many owners now refuse to spend more than 89 days in French territorial waters for fear of their crew becoming part of the dreaded French employment system with all of its associated costs and drawbacks.”. He added “That can’t be the correct approach in my humble opinion and if takings are down in French marinas, restaurants, hotels and bars then they might look to their employment legislators to understand why!”

Perhaps it’s no coincidence that in August 2019, Bloomberg recorded 274 superyachts stationed off the Italian coast, an increase of 38 per cent from a year ago. Making it the top country in the world by superyacht count.

Non-compliance with French social security can bring about some critical consequences. In September 2019, the superyacht vessel Lazy P was arrested, following a maternity pay claim that ballooned into employment breach. You may recognise the yacht from Piers Morgan’s Instagram; the news anchor enjoyed a charter aboard the vessel with his sons during August.

The case is being brought and funded by Nautilus, the union for crew, on behalf of its member, a UK-born, French resident who was captain onboard the vessel. Lazy P was usually employed in La Napoule on the French Riviera. The pay dispute arose following the employer’s persistent refusal to pay her full maternity entitlement, and following review by French legal counsel, other irregularities were uncovered resulting in the yacht being arrested as security against the damages being claimed.

In light of these recent changes, “yacht managers are educating themselves as to the risks, the costs etc and putting in place procedures to limit the risk of problems with crew working in and out of France”, said Allen.

The French Social Security changes under ENIM have also had an impact on flagging, said Steve Cain, Director at Equiom. “The changes have resulted in some owners having to utilise an EU Flag to satisfy social security arrangements”. Edward Leigh, Yachting and Aviation Director at Equiom added: “For owners who are impacted by social security considerations, we are seeing a trend toward flagging in the EU member state of Malta”. Moreover, he believes “yacht owners may be cautious about registering their vessel in the UK as the UK’s impending departure from the single market will bring its social security relationship with the rest of the EU under question”.

As for yacht owners, there’s a recent trend towards downsizing and opting to be able to owner operate, while still cruising in comfort. Fiona Pool, CEO of Hunton Yachts, a British boat manufacturer, said “our new H55 ultraperformance yacht captures this perfectly, with a 40-knot cruising speed and luxurious finishes and details that they have been used to in their larger yachts. With our latest technological additions making the user experience even more simple and easy to operate, our clients are getting more enjoyment from their time onboard”.

Navigating the legal framework is paramount to ensuring your superyacht lifestyle remains a dream and not a floating nightmare.

In other news, at the Monaco Yacht Show there was much talk of minimizing the ecological impact of superyachts. “Hybrid propulsion systems on yachts are becoming more and more prevalent” said Needham. Arksen, is one company looking to meet this demand. Founder Jasper Smith, said “we were appalled at the wastage in the yacht industry on several fronts; the use of non-recyclable materials in production, the millions of hours boats lay idle in marinas around the world and the lack of sea time available to scientists and other advocates of a clean world ocean.” The Arksen Series marries efficient hulls and intelligent design to minimise power requirements with hybrid propulsion and solar power options to maximise efficiency. It is among a number of manufacturers looking to bring these new offerings to superyacht clients.